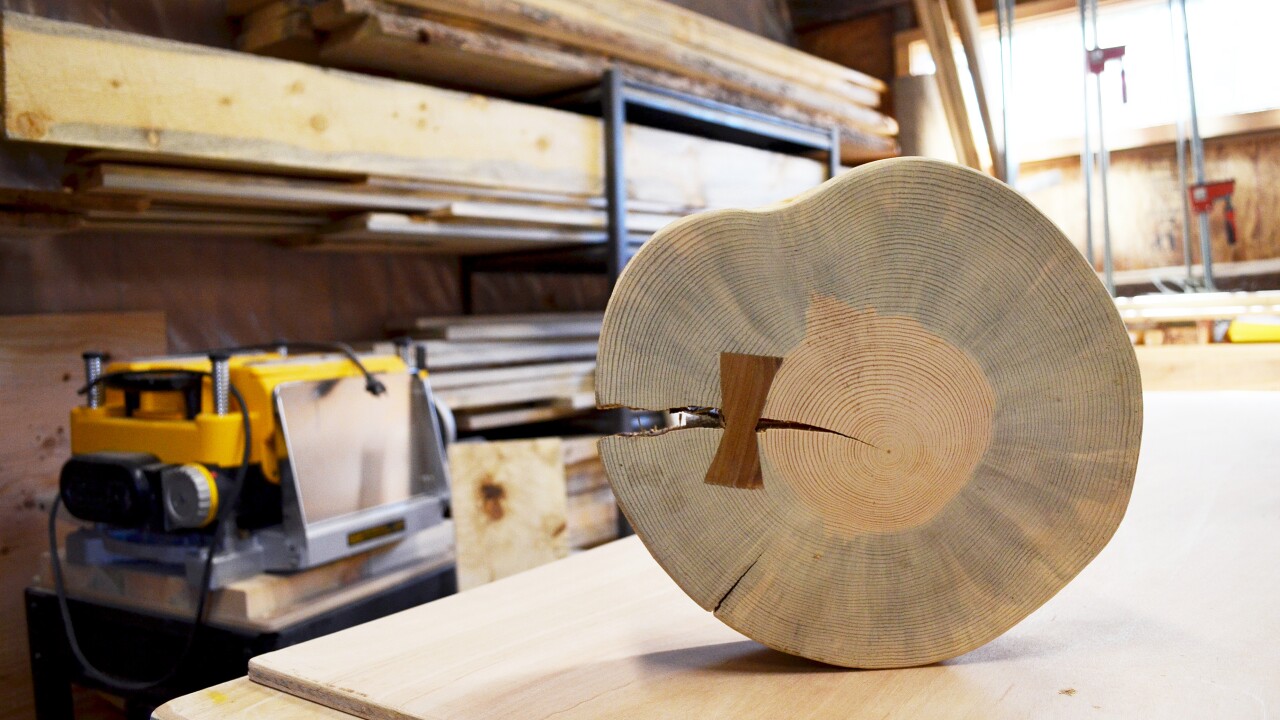 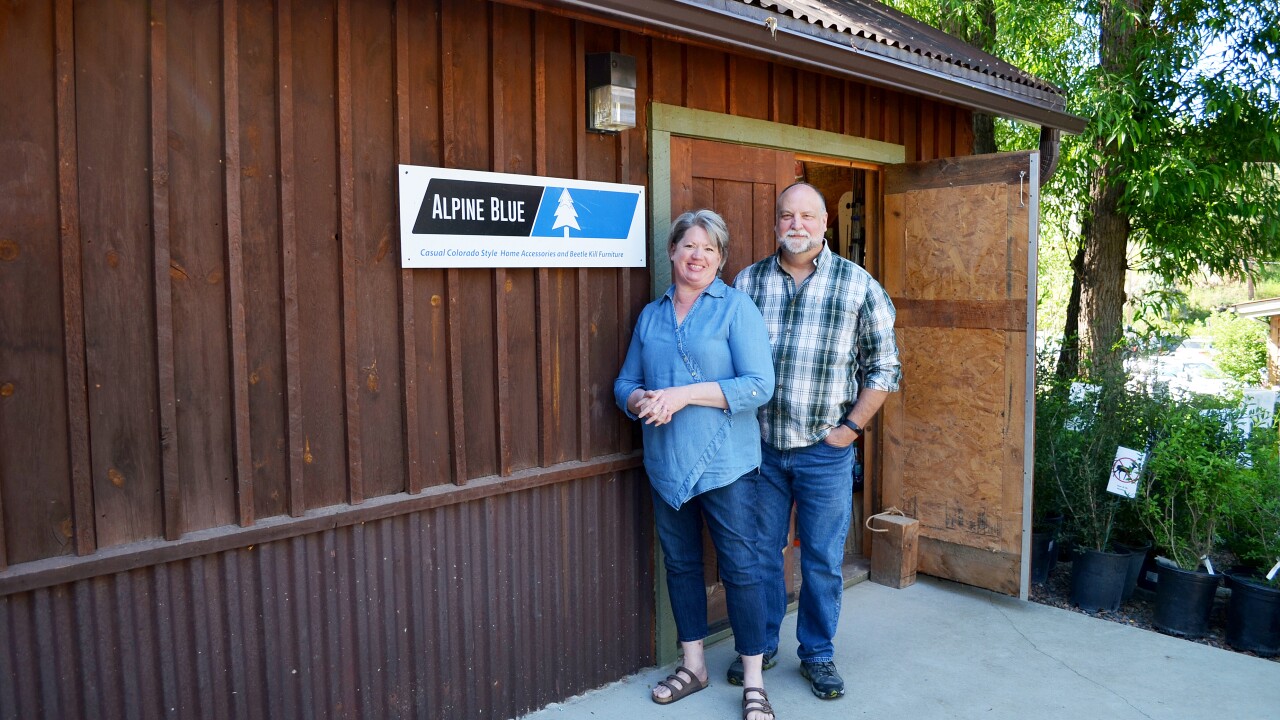 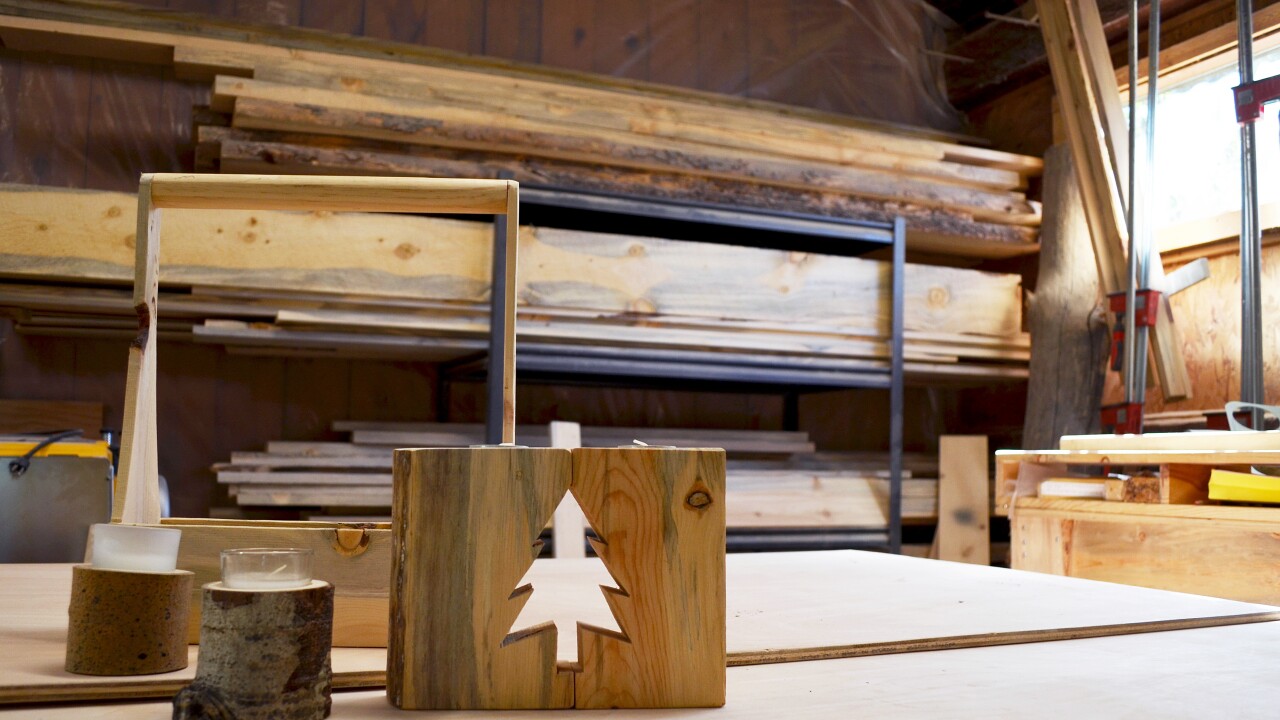 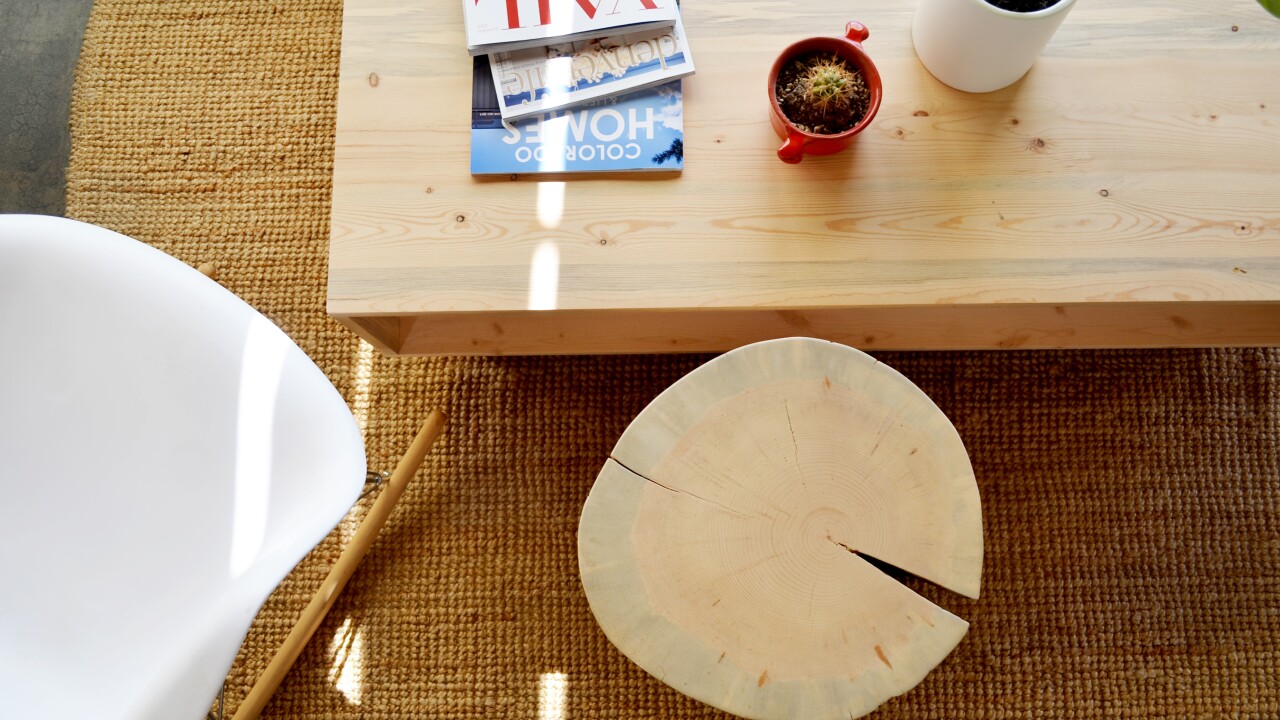 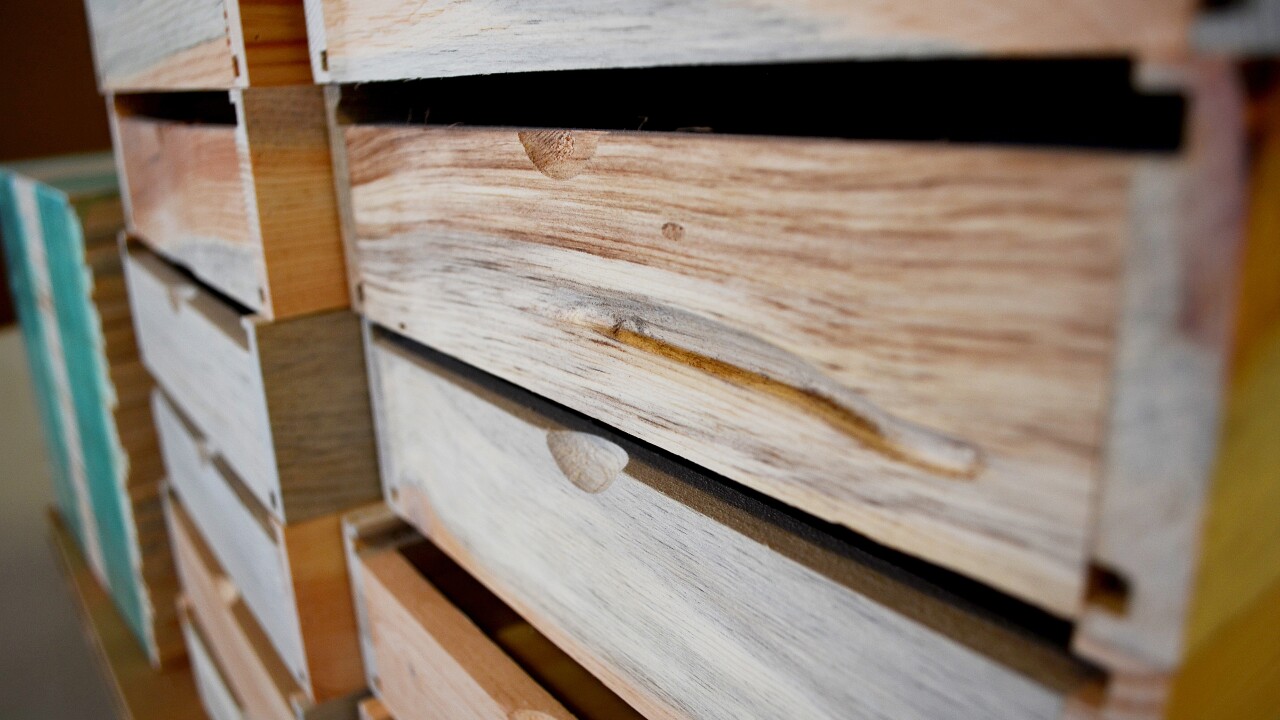 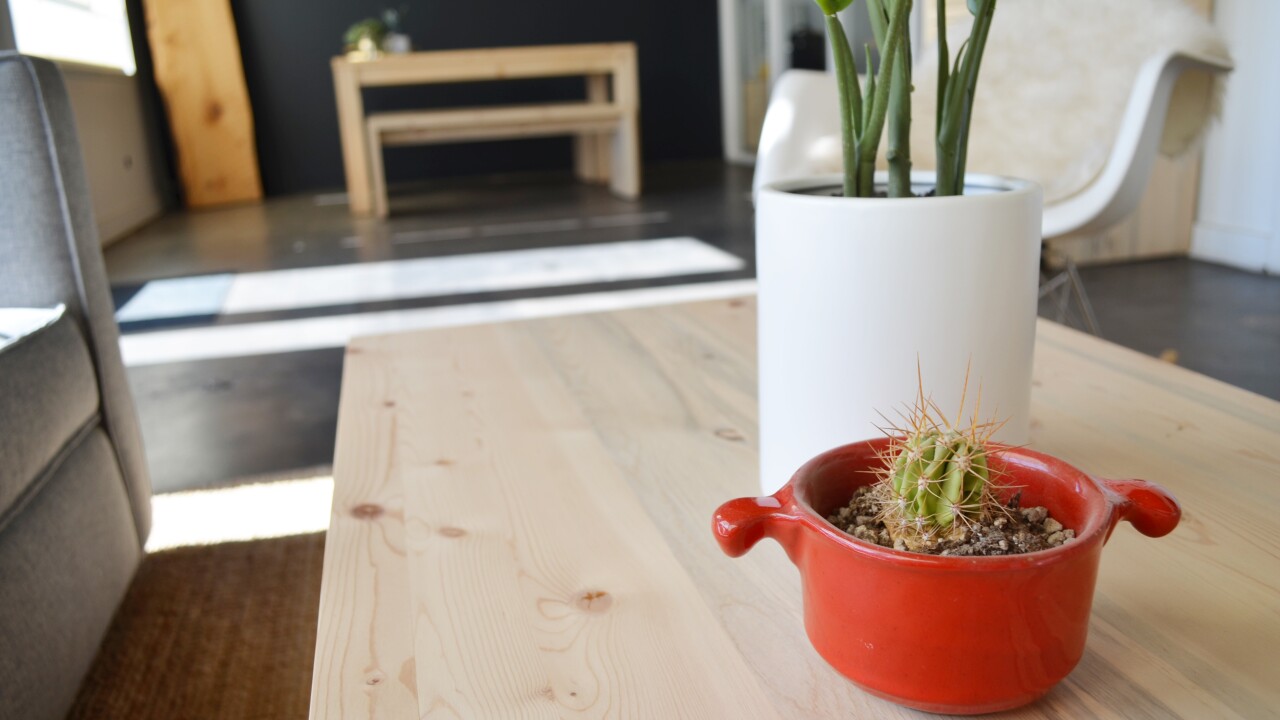 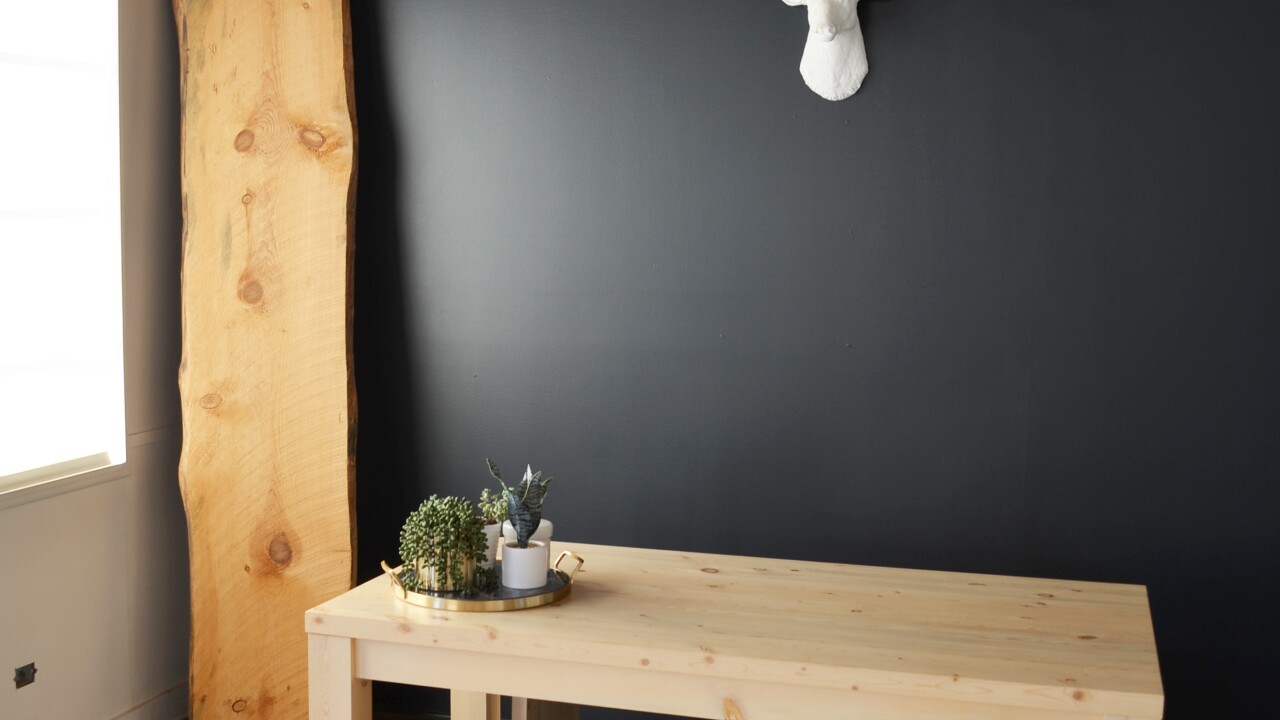 It can be hard to imagine that something so small can cause such massive, region-wide damage, but bark beetles surpass what seems possible for an insect that’s smaller than 1/3 of an inch.

The animals carry a fungus with them as they move around the Rocky Mountain region and beyond. That fungus spreads and clogs pine trees’ vascular systems, killing them. The result? Millions of dead trees that are even more suspectable to a wildfire than before.

But the fungus also stains the inside of the tree, creating lighter or blueish-gray stretches on the wood.

And that has caught the eye of some Colorado companies who want to get those trees out of the forests and give them new life.

In a move that is both environmentally responsible and creative, multiple local businesses are taking advantage of the trees that need to be removed to reduce wildfire risk — and eyesores — and turning them into furniture and décor that can last generations.

When Evergreen residents Doug and Amy Golenz started Alpine Blue Home in 2015, they knew they wanted to do something different.

“There’s so much (wood) now that’s being brought in from Asia and South America,” Amy said. “And there’s some beautiful designs, but we were just kind of like, ‘Let’s try to keep it local.’”

They work with Colorado mills that cut down beetle-kill trees and then create what they call “mountain urban industrial” furniture and décor.

“It’s this thing that is so unique — to the Rockies, not just Colorado,” Doug said. “But we try to keep it all local wood. In fact, at one time, all of our wood was coming from Conifer. Just one town away. How cool is that?”

Today, they get the beetle-kill wood from a few different places in Colorado. When it arrives, it is beetle-free and the fungus is dead, Amy said. And it’s just as sturdy as other woods.

The couple had a retail store for some time, but closed it to focus on their woodshop in Evergreen. They now meet with customers by appointment to work on the details of the person’s needs and wants for the piece. While some of their work is unique in that sense, they also sell several pieces that can be purchased without specific customization.

When they work with their customers, they also try to educate them on exactly what beetle-kill is. Amy said the beetle-kill is cyclical and happens when a forest is in distress, like after a long drought or in an overgrown area.

“We think what we’re doing is, in a small way, helpful,” Doug said. “Trying to reuse this wood or just get people educated about it is also good.”

He said they’ve noticed how their customers crave something that is sourced, designed and crafted in Colorado.

“We’re fortunate that we have something so unique to work with and it’s sad that there’s so much of it,” he said. “There’s this sense of connection if you’ve been to the mountains and you’ve seen the devastation… This is the silver lining of all that darkness.”

In Denver, The Azure Furniture Company is on the same front line against the effects of beetle-kill forests.

The company works with local sawmills, the Colorado State University forestry department, and the U.S. Forest Service to turn these trees into high-quality furniture.

Azure Furniture has been around for about 10 years, and started with the previous owner, Corbin Clay, wondering how well he could take a bad situation and turn it into a positive impact, said Director of Sales and Marketing Kevin Reese.

Reese said in the past few years, more offices are buying home furniture to make the spaces more comfortable for employees. In response, the company aims to make pieces that would work in both professional, casual and home spaces. Those items are both customized and non-customized, he said.

“We have these basic designs that we use again and again but when a customer comes and finds that they want to exactly that length and width, we manufacture to their actual needs,” said company President Bernhard Opitz.

He said his coworkers who create the various pieces — who he calls artists in the craft — know how to work with the tree after it’s been affected by the fungus, since that changes how it moves and reacts to certain elements in the workshop.

The wood they use comes from the Rocky Mountains within a 150-mile radius of the building, he said.

Reese said he visits the mountains often, so he regularly sees the eyesores on the hillsides.

“It’s really awful,” he said. “Definitely a fire hazard. And there’s just acres and acres of dead beetle-kill. Being able to create something like this makes us feel good about what we do. It’s not only a feel-good, but it’s really sturdy, good-looking furniture.”