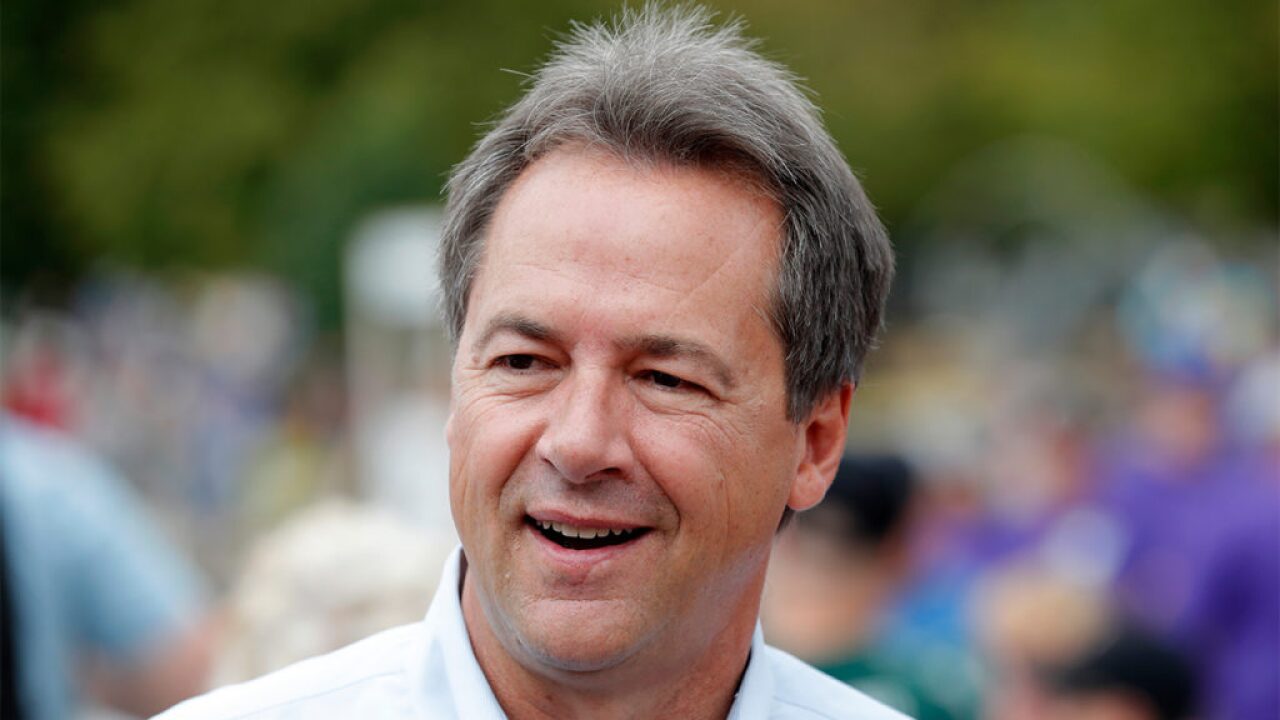 FILE – In this Aug. 16, 2018, file photo, Montana Gov. Steve Bullock walks down the main concourse during a visit to the Iowa State Fair in Des Moines, Iowa.(AP Photo/Charlie Neibergall, File)

The two-term governor and former state attorney general tried to make the case that he was the best bet to beat President Donald Trump because he was the only Democratic candidate to win in a state that Trump won in 2016. But he got a late start, announcing his candidacy in May and joining nearly two dozen other Democratic candidates competing for attention and campaign donations.

“While there were many obstacles we could not have anticipated when entering this race, it has become clear that in this moment, I won’t be able to break through to the top tier of this still-crowded field of candidates,” Bullock said in a statement.

The governor said that he ran to win back places Democrats have lost and end the influence of “dark money” in politics. Those concerns have not changed, he said, but he leaves the race “filled with gratitude and optimism, inspired and energized by the good people I’ve had the privilege of meeting over the course of the campaign.”

The 53-year-old struggled to raise money and register in the polls, managing to meet qualification thresholds for only one Democratic National Committee debate in July.

“While he plans to work hard to elect Democrats in the state and across the country in 2020, it will be in his capacity as a governor and a senior voice in the Democratic Party - not as a candidate for U.S. Senate,” Slayen said in a statement.

Bullock had been exploring a presidential run since 2017, but he said he couldn’t announce his candidacy until he had finished his work in Helena, where the state legislature was meeting.

He staked his presidential campaign on Iowa, and he made repeated trips to the state to campaign alongside prominent state Attorney General Tom Miller, the first statewide elected official in Iowa to endorse a 2020 candidate.

Bullock stuck strictly to his campaign message of needing to win back rural Trump voters, noting he won reelection the day that Trump carried his state by 20 percentage points. He also touted his history as a crusader to eliminate the influence of anonymous and foreign money in elections.

But he remained at the bottom of the polls and unfamiliar to many voters. His biggest national exposure appeared to come when he didn’t make the cut for the first debate, resulting in a slate of news stories and an appearance on “Late Night with Stephen Colbert.”

Bullock was Montana’s attorney general for a term before he became governor in 2013. Before that, he worked as an assistant attorney general, as an attorney in private practice in Helena and for law firms in New York and Washington, D.C.