COLORADO SPRINGS – Unofficial results from the city elections office show John Suthers will serve as Mayor of Colorado Springs for the next 4 years.

As of the second round of results released at 9:15 p.m., Suthers has 73% of the vote.  Three candidates challenged incumbent Mayor John Suthers as he sought a second term.

In the City Council At-Large race, the top three vote-getters will serve in the three spots on council. As of 9:15 p.m., Wayne Williams, Tom Strand and Bill Murray are in the lead.  That’s been the case all evening long.

City elections officials will continue to release numbers through the evening. Right now there is a 32% voter turnout.

As for ballot issue #1 which asks voters whether or not to approve or deny collective bargaining for Colorado Springs firefighters, almost twice as many voters are opposed to the idea as are in favor. 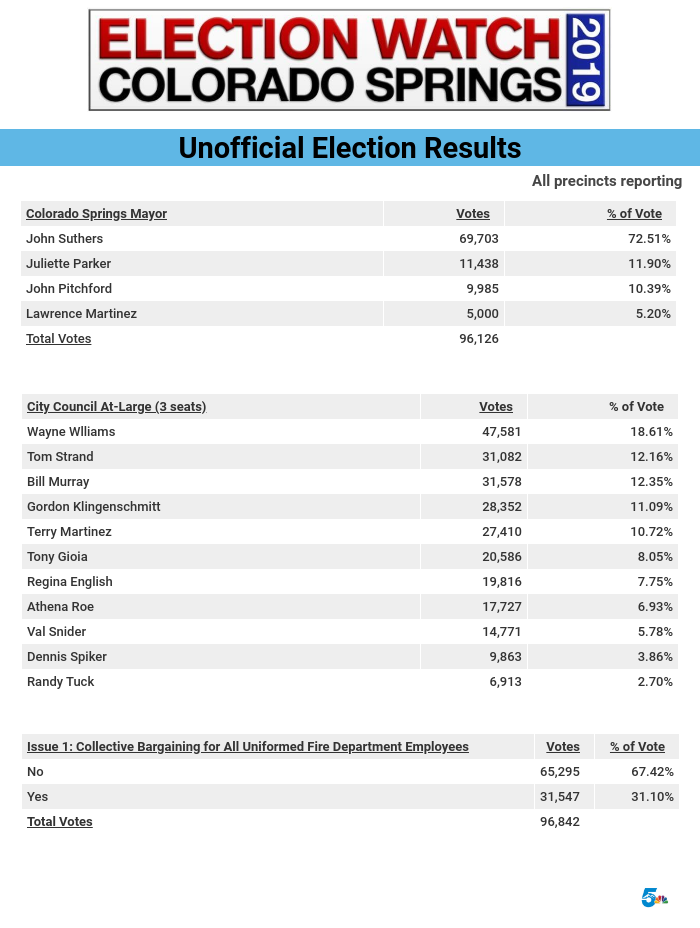 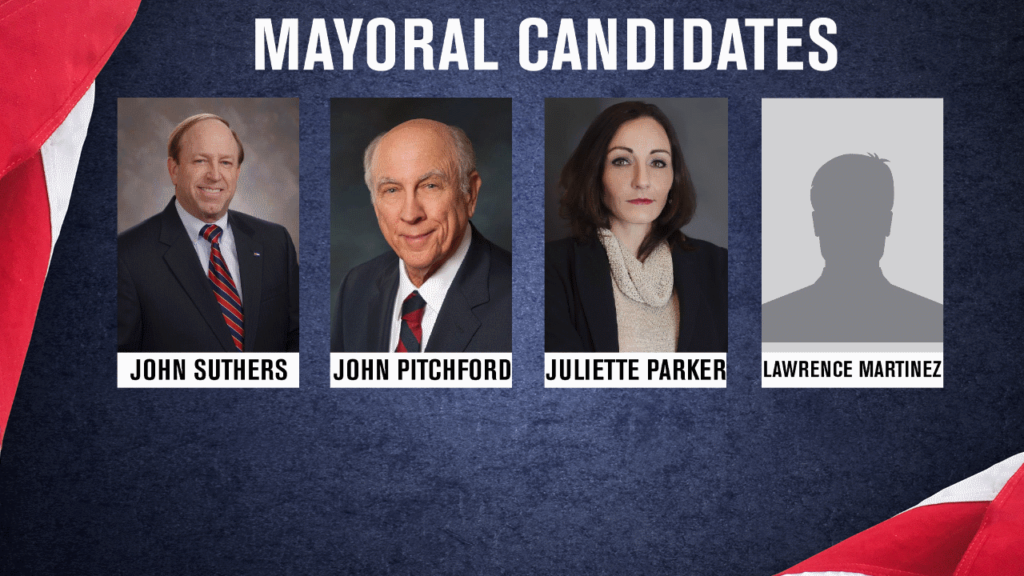 Colorado Springs City Council CandidateNews5’s Election Watch team has you covered online, on-air and on social media this evening.  Our Zach Thaxton is covering the mayoral race and the city council races Our Sam Kraemer is following the vote on ballot issue #1 – collective bargaining for firefighters.

Both will have a full wrap of election night happenings on News5 at 10 p.m.