KOAA News5 invited Rep. Lamborn and his Democratic party challenger Stephany Rose Spaulding to the 2018 Candidate Forum in October.  Lamborn’s office contacted News5 on the day of the event to inform us he would not be able to attend.

Lamborn, who says he represents his constituents’ conservative values, has held the office since 2007. He’s a staunch supporter of President Trump. Previously he served in the Colorado House for 3 years and the Colorado Senate for 9 years before running for federal office.

The Republican says he’s a “rock solid supporter of the Second Amendment” guaranteeing the right to bear arms. He’s also in favor of full funding for the U.S. military and serves on the House Armed Services Committee which has oversight of the armed forces.  Lamborn believes in the Reagan-era philosophy of achieving peace through strength, plus a foreign policy “where we support our friends over our enemies.”

On the economic front, Lamborn believes in smaller government with fewer regulations on business, lower taxes, and eventually eliminating the role of the Internal Revenue Service by simplifying the tax code.  Along the same lines, he considers the Affordable Care Act put in place during the Obama administration to be “a disaster.” He supports efforts to reform health care with “conservative, free-market solutions.”

On the issue of abortion, Lamborn is pro-life. He’s supported efforts to restrict abortions past 6-7 weeks of inception, defund abortion providers like Planned Parenthood, and protecting babies who are born alive following failed abortions. National Right to Life and the Family Research Council have endorsed Doug Lamborn. 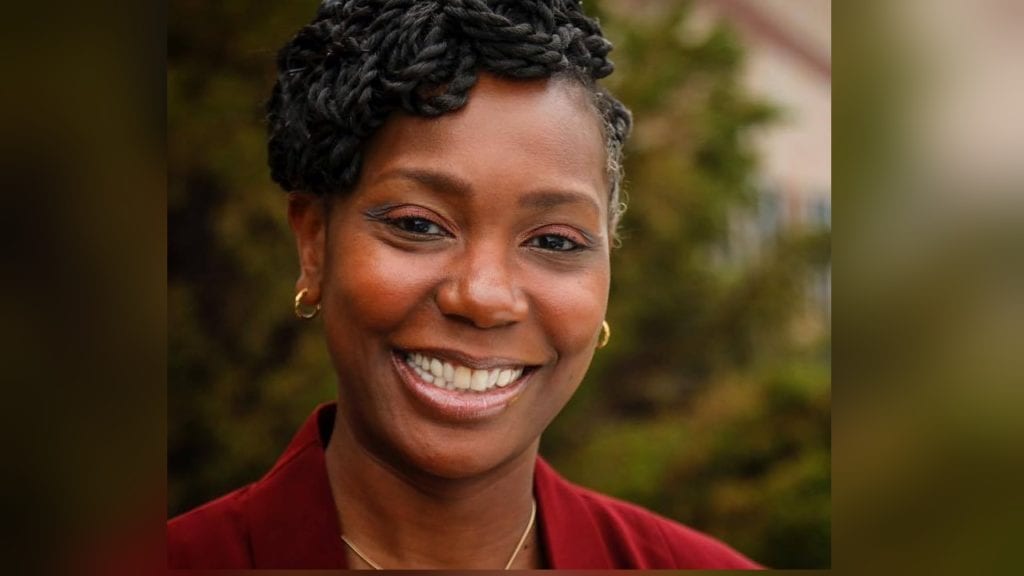 Stephany Rose Spaulding (D), candidate for U.S. Representative for Colorado’s 5th Congressional DistrictDemocrat Stephany Rose Spaulding is running for public office for the first time. A Chicago native, she earned her Ph.D. in American Studies from Purdue University before accepting a position as an Associate Professor of Women’s and Ethnic Studies at the University of Colorado at Colorado Springs in 2010.

She says the January 2017 International Women’s March spurred her to run for Congress as a new voice for Colorado.

Spaulding stance on the abortion issue is pro-choice. She’s been endorsed by NARAL Pro-Choice America.

Her stance on the Second Amendment and gun rights, in general, isn’t entirely clear as she states she’s not against gun ownership but wants to work to make sure our communities are safe. Spaulding has earned the endorsement of Moms Demand Action.

As the daughter of two teachers and a lifelong educator herself, education is a pillar of her campaign as she wants to minimize or eliminate student debt, secure equitable financial support for school districts and programs that provide hands-on experience for students.

Spaulding supports upholding the Affordable Care Act yet also reforming and improving the law with the goal of providing universal health care.

On environmental and economic issues Spaulding supports stronger action to combat “runaway climate change” by gradually increasing fees on carbon emissions while prioritizing people over profits for corporations in the fossil fuels business.  Along the same lines, Spaulding is opposed to tax cuts for corporations, preferring the government and banks supported small businesses, especially those owned by under-represented members of our nation.

Spaulding supports our military service members and their families. She recognizes their sacrifice to serve our country and the economic contributions to District 5. She would prefer our nation’s leaders to engage more in diplomacy rather than “blowing things up.”

Learn more about the candidates and issues on the ballot this November by visiting News5’s Election Watch page.

KOAA News5 also partnered with the Citizens Project to bring El Paso County and Colorado Springs a forum with local candidates and on the ballot initiatives.  Candidate Forum – Issues Forum

Local Clerk & Recorder offices will start mailing out ballots on Monday, October 15th. You have until October 29th to submit a voter registration application and still receive a ballot in the mail. If you miss that deadline, you can still submit an application at a Voter Service and Polling Center up to the day of the general election.

You may have already received the Ballot Information Booklet (Blue Book) which provides voters with the text, title, and a fair and impartial analysis of each initiated or referred constitutional amendment, law, or question on the ballot.