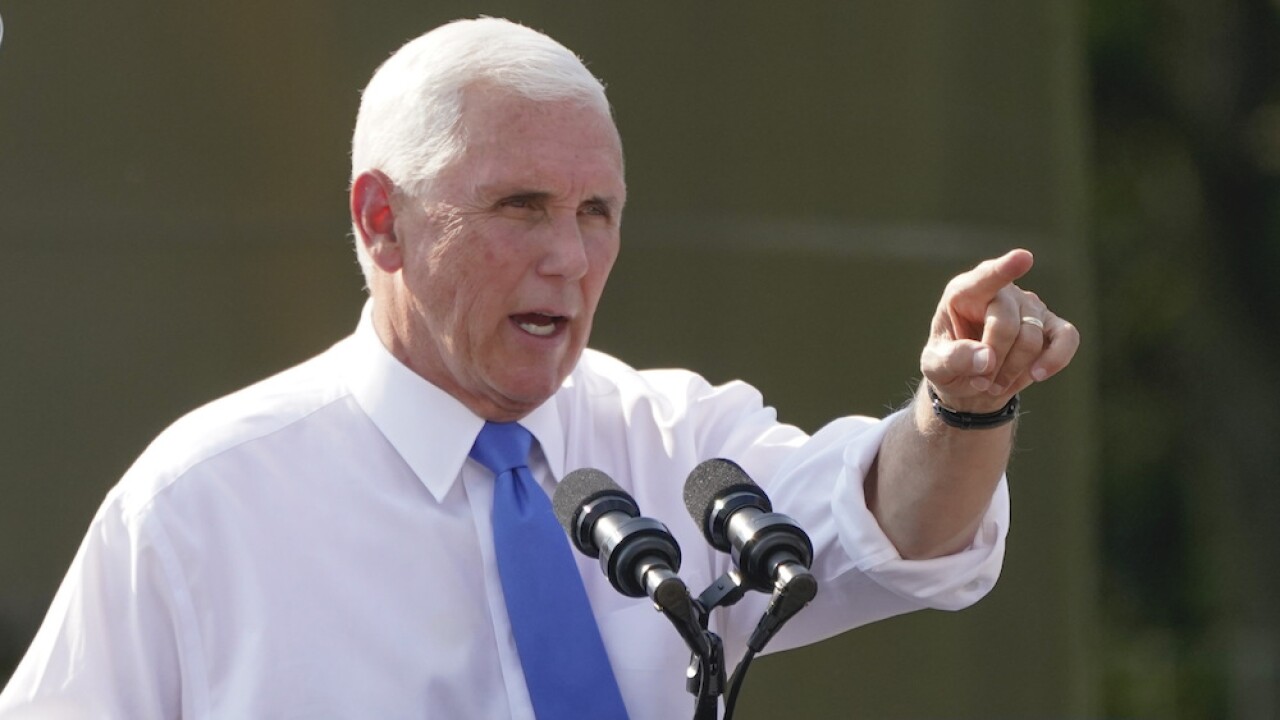 WASHINGTON — Vice President Mike Pence and other top officials from President Donald Trump’s campaign are slated to attend a Montana fundraiser this month hosted by a couple who are adherents of the QAnon conspiracy theory, according to an event invitation obtained by The Associated Press and a review of social media postings.

The QAnon conspiracy theory centers on the baseless belief that Trump is waging a secret campaign against enemies in the “deep state” and a child sex trafficking ring run by satanic pedophiles and cannibals. Its supporters have been linked to acts of violence, including a June 2018 incident where a supporter blocked traffic on the Hoover Dam bridge.

While many Republican politicians have denounced the conspiracy theory, its followers are becoming more and more entrenched in the party. Several Congressional candidates who have expressed support for the conspiracy have won primary races in deep-red districts in the current election cycle.

Trump himself failed to fully denounce the conspiracy during a press conference last month, saying that QAnon was “gaining in popularity” and that its supporters “like me very much.”

When asked about the conpsiracy theory last month by a CNN anchor, Pence said he "didn't know anything about that conspiracy."

"I don't know anything about that. I've heard about it. We dismiss conspiracy theories around here out of hand," Pence said.