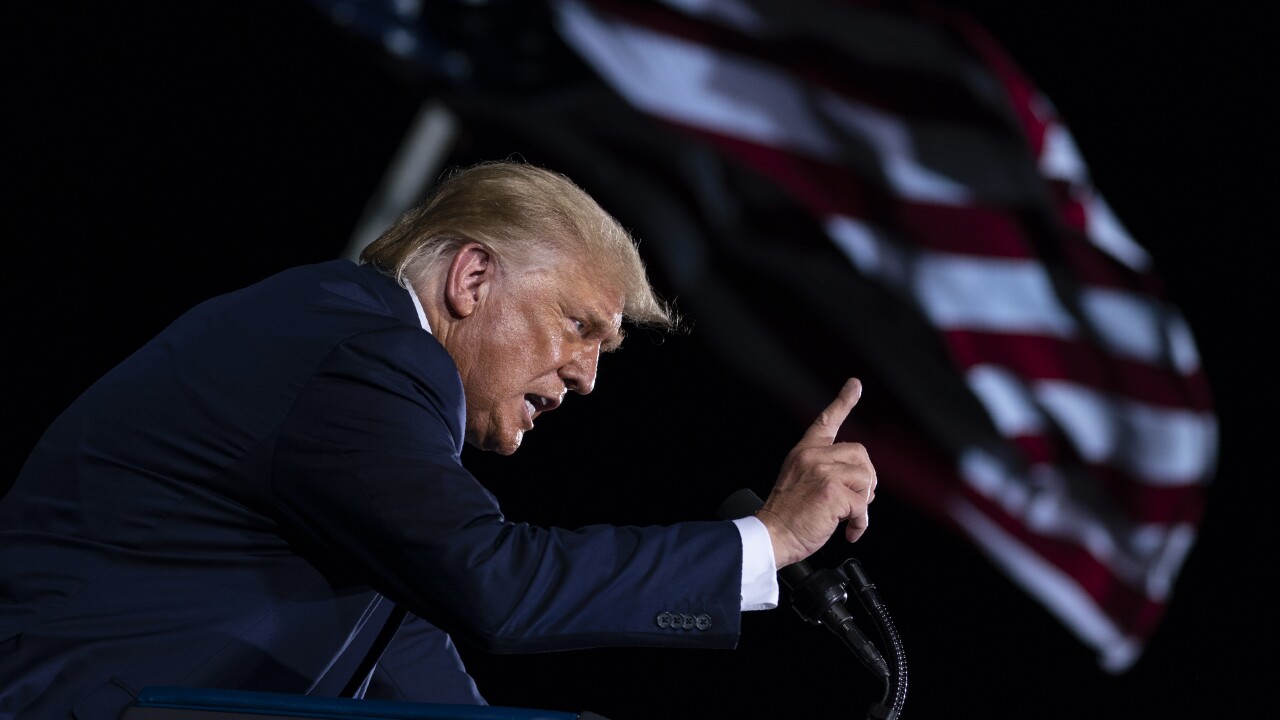 DORAL, Florida (AP) — President Donald Trump is trying to chip away at his Democratic rival’s advantage with Black and Hispanic voters during a two-day campaign swing that is ticking off boxes, both geographically and with key constituencies.

Trump on Friday appealed to Hispanic voters in Florida, who could determine the election outcome in this crucial battleground state.

He will also be visiting Atlanta for an event on Black economic empowerment before ending the day in Newport News, Virginia.

Watch Trump's remarks in Atlanta below:

Trump’s campaign has been struggling to make headway against Joe Biden, but believes the president's support is growing among Latinos, including in Florida.