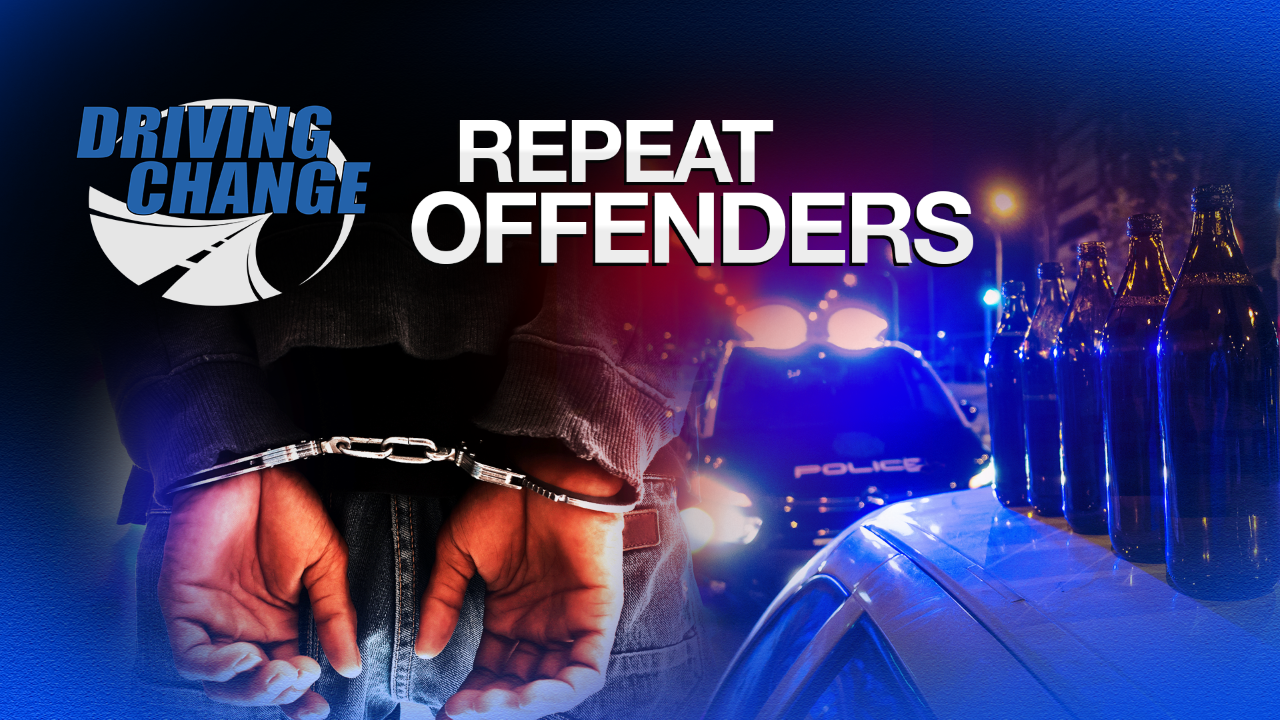 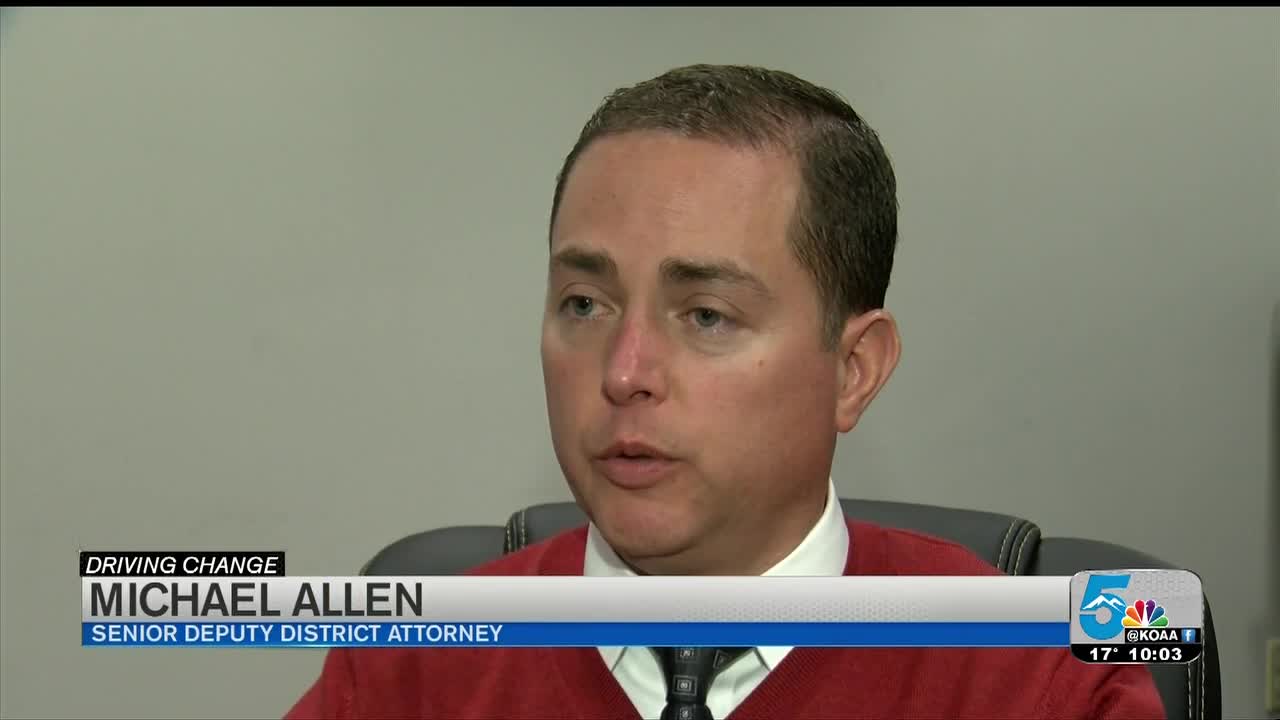 El Paso County often leads the state in not only DUI arrests but also deadly DUI crashes. In 2019 25 people were killed. News 5 has learned a lot of drunk or drugged drivers are repeat DUI offenders, but in Colorado, drunk driving is not a felony until your fourth arrest.

We're taking a hard look at this incredibly dangerous behavior as we work toward Driving Change on Colorado's roadways, looking for the problems all of you face every day and how we can look for solutions and change.

In one piece of body camera video News 5 obtained an admitted drunk driver is seen telling a police officer he had been drinking "probably too much" beer before being pulled over for the 13th time.

That man, Maynard Rome, is in prison serving a four year sentence, after he entered a guilty plea a few weeks after his 13th DUI arrest. Records show over three decades he had two DUIs in South Dakota and eleven in the Denver area. It took him 13 arrests to get sent to prison, because his most recent one came after a law from 2016 making a fourth DUI a felony. That forced him to spend at least 90 days in jail, complete at least 48 hours of community service and pay for and complete an alcohol treatment program.

As if 13 arrests was not scary enough, think about this statistic from the CDC: On average a drunk driver will drive 80 times under the influence before their first arrest.

State records show the huge numbers of these felony cases filed since Colorado made 4 DUIs a felony back in 2016:

Prosecutors say the current law isn't perfect but it's stronger than before. In El Paso and Teller counties repeat offenders are a big problem.

"In 2019 we filed 169 felony DUI cases alone, that's up from 113 the year before. So it's on the increase as far as the number of cases we're finding that are felony DUI drivers, it is a problem, it seems to be a growing problem," Senior Deputy DA Michael Allen said.

He says the numbers don't tell the whole story there. You could take stronger enforcement or growth into account also.

In El Paso and Teller counties they have DUI courts. Offenders usually serve jail or prison time and then go through recovery and rehab as well.

The RESTART program started in Denver shortly after the felony offense became a law. It's the only city or county in Colorado to have an intensive three-year program designed to help stop repeat offenders from drinking and driving. It includes jail, with treatment inside, and then when released they have to get more treatment. Early reviews show it's having positive impacts on repeat offenders.

Rick Hill graduated the program after being arrested for his fourth DUI. He spent 90 days in jail and says with the help of the program he's stopped drinking and has turned his life around. Hill said he should have been arrested thousands of times.

"I think deep down I wanted to change, but I couldn't stay off the booze long enough to get my head straight," Hill said.

In some states like Kansas, the third DUI arrest is a felony, so if we needed change our legislators would have to address the issue. Prosecutors say that would mean we'd need more space in jail, more money to prosecute, etc. Right now there is a bill going through the legislature asking for more money for enforcement.

As we work to highlight issues on our roads we need your help to do so. What concerns you and what is your opinion on our DUI laws. Email DrivingChange@koaa.com or join our Driving Change Facebook group and sound off.