KOAA Poll: Who do you think won the vice presidential debate? 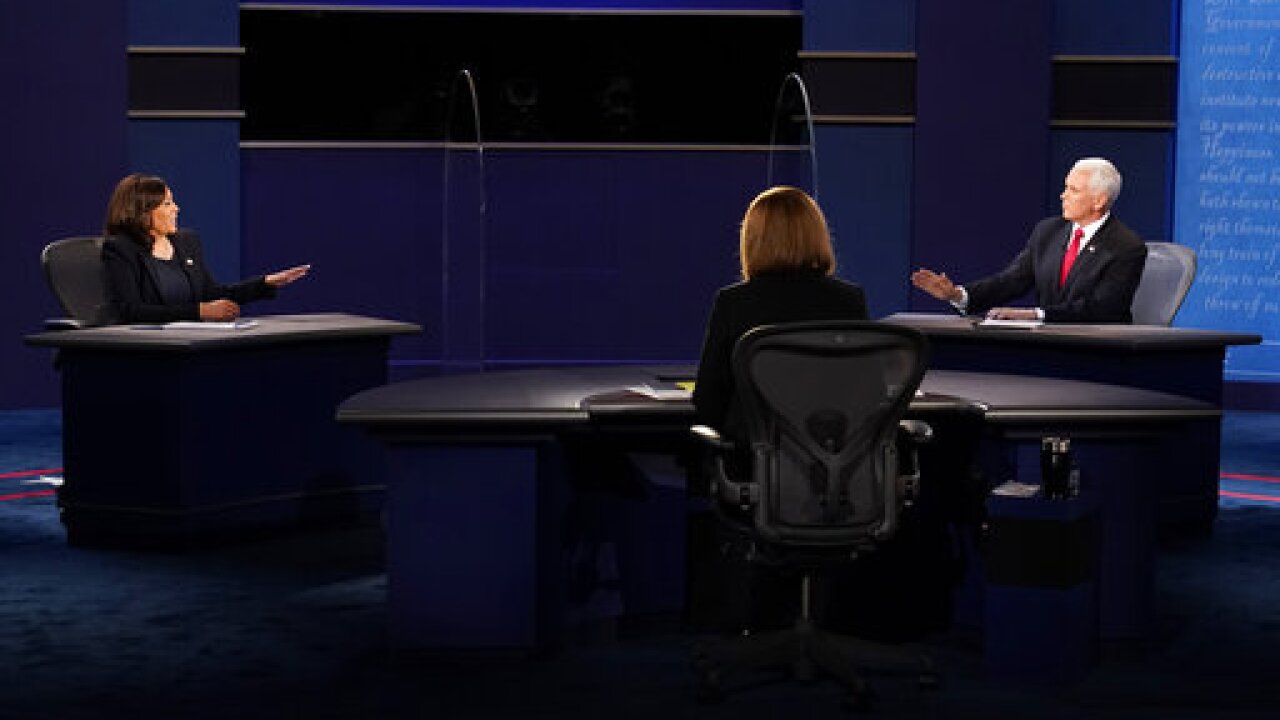 Wednesday marked the first and only debate between vice presidential candidates Mike Pence and Kamala Harris.

A number of questions were avoided by the candidates from moderator Susan Page. But the debate had a different tone and tenor than last week’s debate between Donald Trump and Joe Biden.

Who do you think won the vice presidential debate?

We're following this poll throughout the day and into tomorrow. Tune in to News5 at 4 p.m. as we review the results!

The candidates discussed coronavirus and issues of race while dodging questions regarding the Supreme Court.

Following last week’s debate, the Commission on Presidential Debates said it was considering changes given the frequent interruptions between candidates.

Just about 48 hours after last week’s debate ended, Trump announced he tested positive for the coronavirus. Trump said Thursday that he would not participate in a virtual presidential debate, Democratic presidential candidate Joe Biden's campaign said he would "find an appropriate place" to hold his own town hall event.

The campaign also asked that the presidential debate currently scheduled for Oct. 22 be re-formatted as a town hall debate so "the President is not able to evade accountability."

Trump campaign manager Bill Stepien later agreed that the second debate should be rescheduled until Oct. 22, but added that the third debate should still take place, only on Oct. 29, according to PBS and Politico.