With the Slopper tour in town, it’s chili all the live long day

(PUEBLO COUNTY) – The votes are in, and Pueblo County has picked its favorite places to throw down a Slopper.

In December of 2017, the Greater Pueblo Chamber of Commerce along with the Visit Pueblo Convention and Visitors Bureau conducted a survey asking people in Pueblo where they get their favorite Slopper.

In the two week voting period, more than 2,000 votes streamed in, with the following restaurants in the top 10:

Restaurant owners on the list are obviously excited, with some saying they are going to fight for a top spot in 2019. Based on reaction and input from residents, the chamber believes this is an event that will be repeated.

The Greater Pueblo Chamber also hopes to roll out the tour alongside a top 10 Slopper map soon, in an effort to drive small business and tourism in the Steel City.

Donielle Gonzalez with the chamber said she hopes the tour will help prompt more restaurants to use locally grown Pueblo chillis. 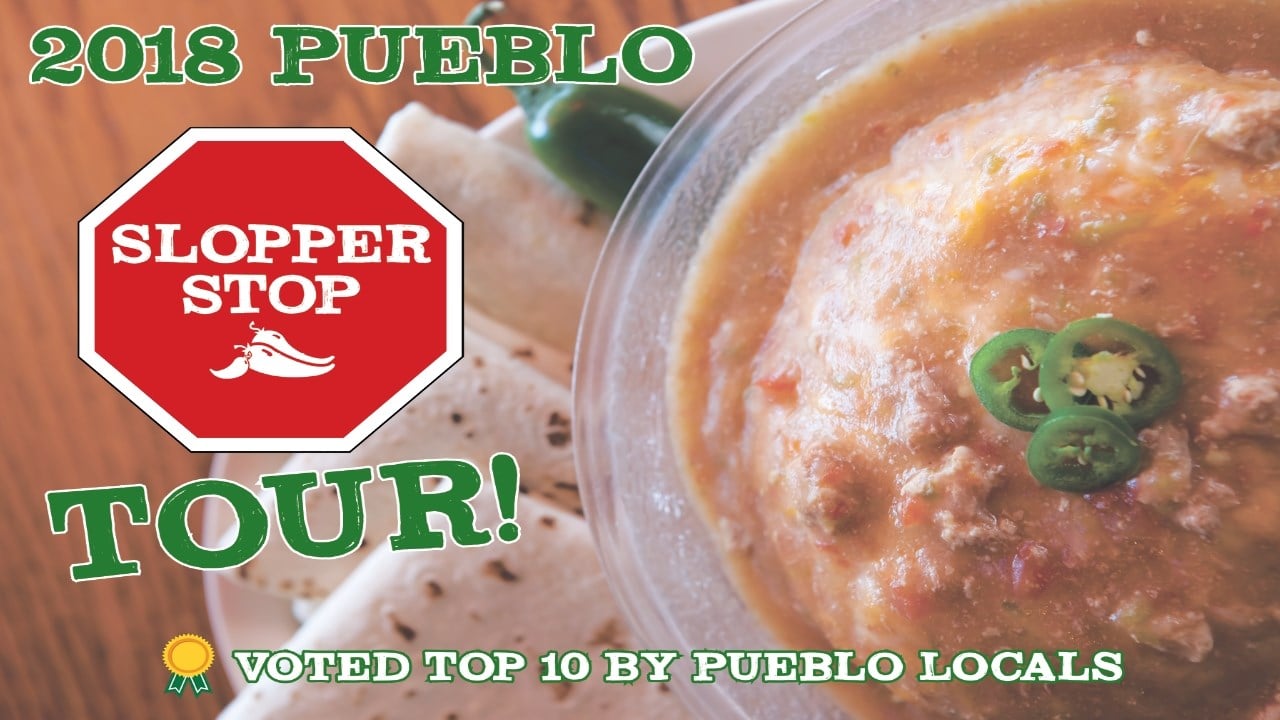