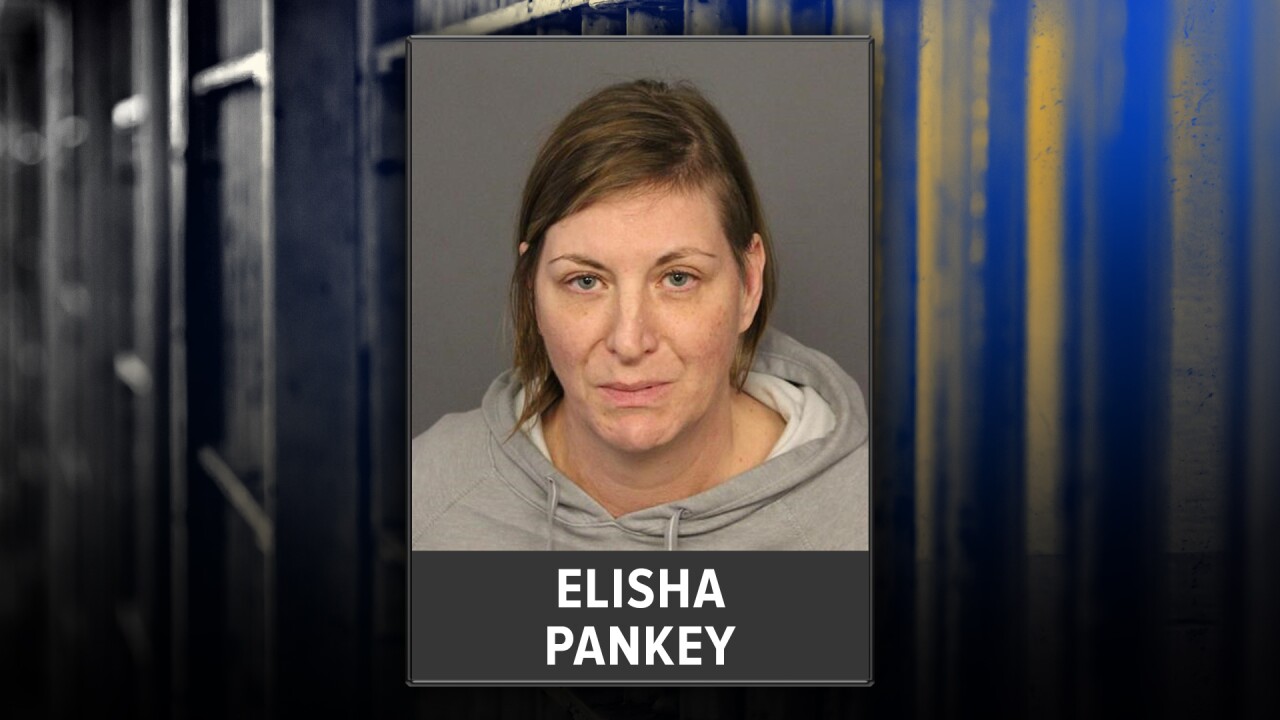 DENVER — The mother of a 7-year-old Denver boy whose body was found encased in concrete has been sentenced to 32 years in prison for her role in his death, officials announced on Wednesday.

Elisha Pankey, 45, pleaded guilty last year to a felony charge of child abuse resulting in death of her son, Caden McWilliams, according to the Denver District Attorney's Office. In February, Leland Pankey — the father of McWilliams — was sentenced to 72 years in prison for his role in the death.

Leland Pankey pleaded guilty in January to a child abuse charge, in exchange for prosecutors dropping a murder charge against him.

Both Elisha and Leland Pankey received the maximum sentence for their charges, proseuctors said.

“The horrific death of Caden McWilliams shocked the conscience and was incomprehensible to the people of Denver," District Attorney Beth McCann said in a statement Tuesday. "Now that Elisha Pankey has been sentenced, the legal proceedings in this case have concluded. Yet Caden’s story is one that will always be in my heart, the hearts of our incredible prosecutors, victim advocates and investigators, as well as everyone who knew and loved Caden."

The body of McWilliams was found encased in concrete in a storage unit in the 5000 block of East Evans Avenue in Denver on Dec. 23, 2018.

The Denver Office of the Medical Examiner ruled in a report in March 2019 that Caden had been malnourished and had cocaine metabolite and methamphetamine in his system. The boy also had numerous injuries to his head, torso and extremities, according to the autopsy. He may have suffered from asphyxia, dehydration or hyperthermia, but that couldn't be confirmed, the autopsy said.

Elisha Pankey said Caden died in July 2018 after his father kept him in a dog kennel, the affidavit said. A woman who had been in the Arapahoe County Jail with Elisha Pankey in December said Pankey told her that she believed her son suffocated in the dog kennel.

Leland Pankey kept Caden in the kennel overnight – with blankets on top of it – and the boy cried out that he was hot and thirsty, Elisha Pankey told her fellow inmate, according to the affidavit.

On the day Caden died, his mother and father bought Quikrete, trash bags and water, drove Caden's body to the storage unit on Evans Avenue, and mixed the concrete and poured it into the kennel, the affidavit said.

The boy's body wasn't discovered until December 2018, when officers responded to a domestic violence call involving the Pankeys.

Police learned that the couple had two children, and Elisha Pankey told officers that the children were with their father. When police contacted Leland Pankey, he said one child was in daycare, but he avoided answering questions about Caden, eventually telling officers the boy was with his mother, the affidavit said.

When officers interviewed a woman whose name was redacted in the affidavit, she told police that Leland Pankey had lost his son and that Pankey said her family could have their storage "because it had too many memories," the affidavit said.

Investigators obtained a search warrant for the Pankeys' storage unit and found Caden's remains inside.