Arrests made in connection with De'Von Bailey anniversary "riot"

Neighbors have differing opinions on the incident 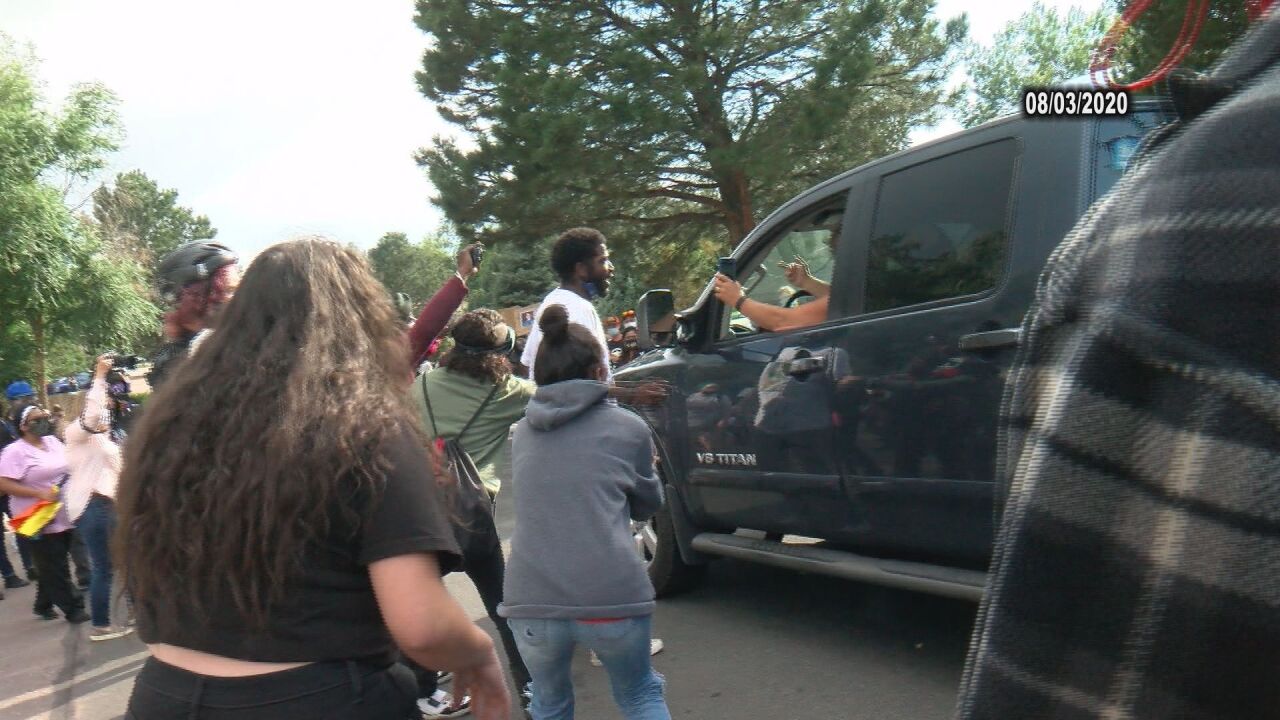 Copyright 2020 Scripps Media, Inc. All rights reserved. This material may not be published, broadcast, rewritten, or redistributed.
AJ Vega
A screenshot showing one of the vehicles and the crowd. 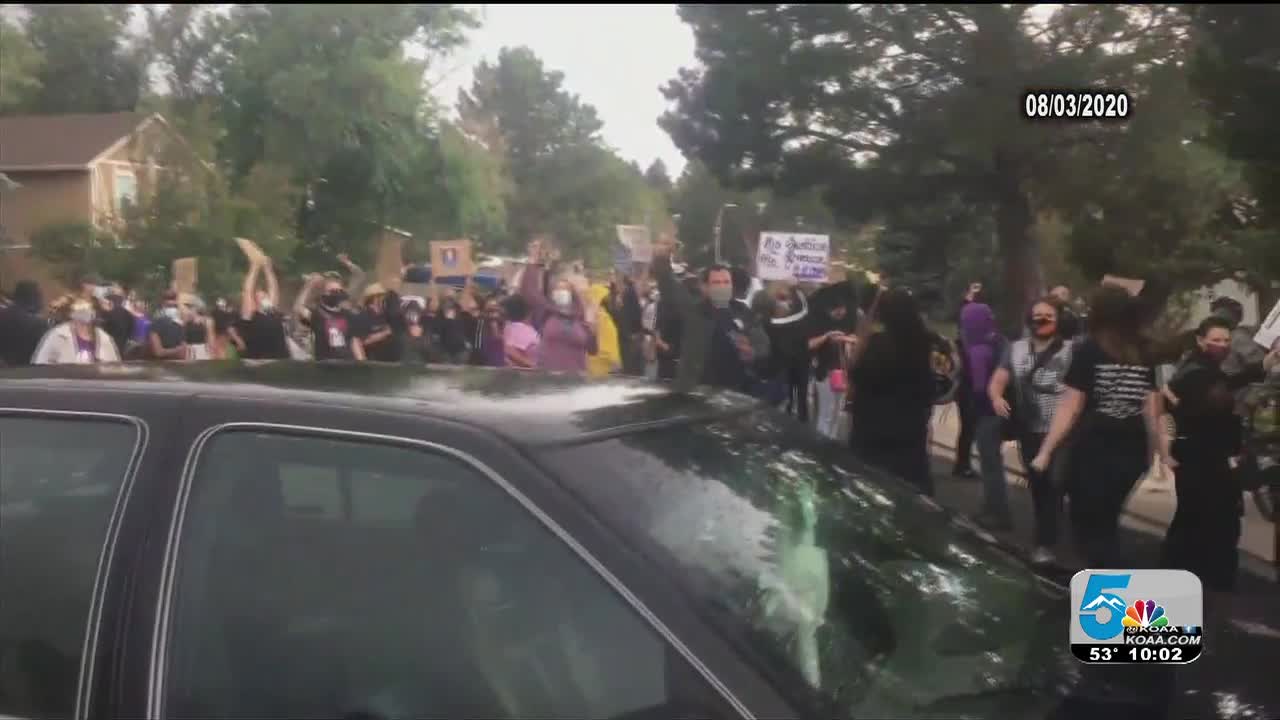 COLORADO SPRINGS — Three people have now been arrested and are facing criminal charges tied to what Colorado Springs Police are calling a riot from last month.

A group of protesters marched through the neighborhood of a CSPD sergeant on August 3, because of his involvement in the fatal shooting of De'Von Bailey during a 2019 robbery investigation. A Grand Jury cleared the sergeant of any wrongdoing.

Those with the police department said what was planned as a peaceful protest, turned into a riot that day. "Peaceful protesting is very different from armed individuals in a neighborhood that are blocking the roadway with cars, with themselves," said Lt. John Koch of the Colorado Springs Police Department.

Colorado law defines a riot as three or more people who's violent or tumultuous behavior puts other people or property in danger. "I would challenge anybody to tell me how in the middle of a neighborhood, armed individuals that are overtaking a street, don't pose a significant and severe risk to the people that live in that neighborhood, to themselves, and to other people that are trying to go through there," said Koch.

Koch said the crux of the criminal investigation surrounds two vehicles that attempted to drive through the crowd, and were blocked. "It took a lot more work and a lot more follow up time to identify the people that were engaged in criminal conduct, versus people that maybe went out and legitimately did want to peacefully protest something," said Koch.

“As a department, we are committed to ensuring everyone’s rights. That includes protecting those who wish to speak against us and law enforcement as a whole. But what we cannot allow is for illegal behavior in our city."

Neighbors in the Pulpit Rock area had very different opinions on the incident. One of them who spoke with News5 did not want to be identified, but explained what she saw. "It was aggressive, to say the least... I believe it was a riot... The protest in and of itself was fine, if that's what you want to do, but you don't get to terrorize innocent people."

Another neighbor joined the crowd and marched with them. "There was no riot, there was a lot of yelling though... I was shouting too, because I agreed with what they were shouting about," said Linda Cline, who has lived in the neighborhood for 25 years.

After the incident, CSPD reported three people engaged in illegal activity, and arrest warrants were obtained. The three were arrested on Thursday, September 10.

Charges for each individual include:

News5 spoke with Charles Johnson about his arrest. He said it shocked him. "If you wanted to arrest those people that were supposedly rioting, you would have done it right then and there," said Johnson, addressing the amount of time that has passed since August 3.

Johnson also claims he never incited a riot, which is a felony charge. "The rioting, that's what you see in all these other states when they're breaking down the precincts, destroying buildings just out of anger... For them to label me, personally, as a rioter, like, go back to all the other films of the protests here in Colorado Springs. You don't see me looting, hitting nobody, doing nothing like that, you know what I mean?" said Johnson.

Johnson also said he believes the arrests were used as a scare tactic. "We've just got to hold them accountable, just as much as they're doing to us," said Johnson.

The following are excerpts from Colorado law regarding riots:

CSPD is also asking for the community's help in identifying the person pictured below.

This is an on-going investigation, and the arrest warrants are sealed to the public. CSPD expects more arrests will be made soon.

The Chinook Center, a place where activists can come to organize, also sent News5 this statement in response to the arrests:

Chinook Center condemns the ongoing campaign of harassment and intimidation being waged by CSPD against our community members who are exercising their constitutional rights to free speech. With regard to the arrests made in conjunction with the protests against police violence on Aug 3rd, this is clearly an act of retaliation against protesters who attended an event that criticized CSPD. The lawful protest was not a riot. The police decided to declare this a riot one month after the fact. The same footage being used to fabricate absurd charges against protesters, clearly shows criminal acts, including attempted vehicular homicide, committed by vehicles that are marked with Trump 2020 bumper stickers who have not been charged. The arrests made in conjunction with this protest are an egregious abuse of power designed to scare citizens from protesting, as well as an attack on those exercising their right to legally open carry their guns in the state of Colorado. We stand united against these despicable acts of vengeance and demand that this harassment stop, that the District Attorney’s office and CSPD, including Chief Niski, are held accountable for this abuse of power. We demand that all the charges against protesters be dropped.