Woman assaulted and robbed in her Colorado Springs home 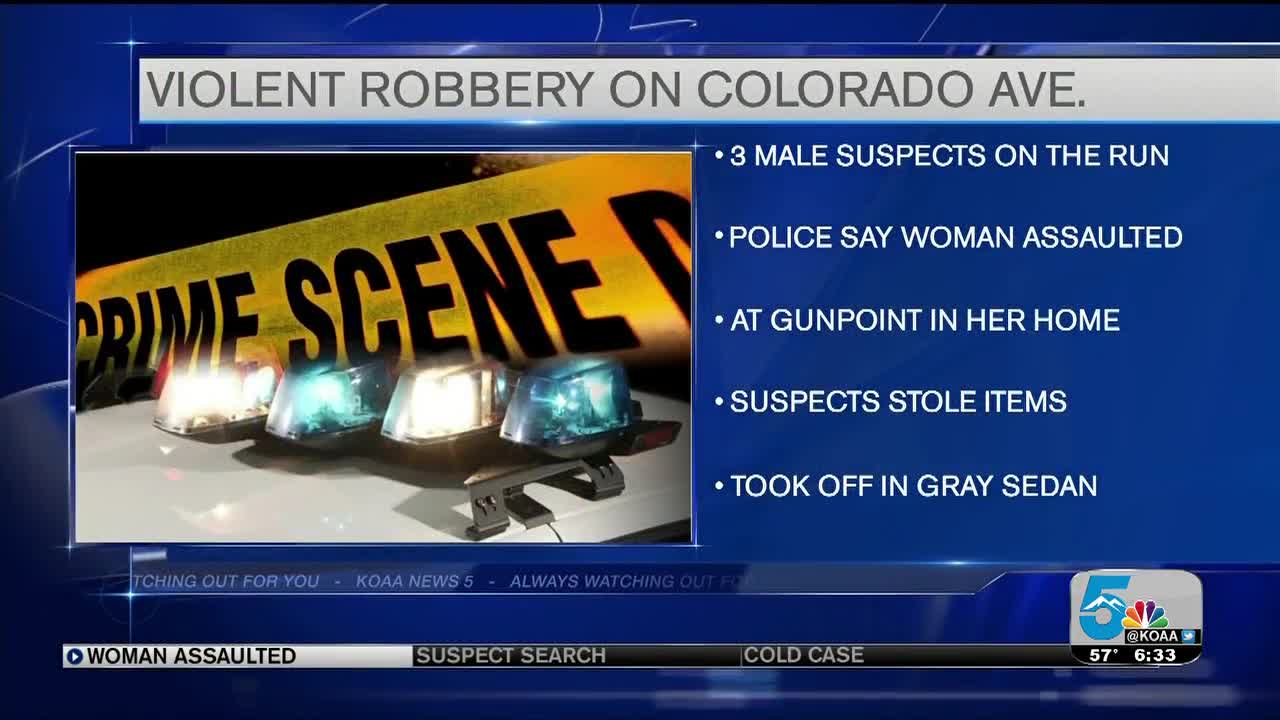 Colorado Springs police are searching for suspects after a woman was assaulted and robbed in her own home in Old Colorado City Monday morning.

Officers were dispatched to a home in the 1400 block of West Colorado Ave. at 12:33 a.m. According to police, the woman arrived at her residence and was about to go inside when she was confronted by three armed men.

She tried to escape into her home but the suspects forced their way in and assaulted her, CSPD said. The victim reported she was held at gunpoint when the armed suspects took items from her.

Police don't have any suspect descriptions but they say the men left in a gray sedan.

This is a developing story, stick with News 5 for updates.