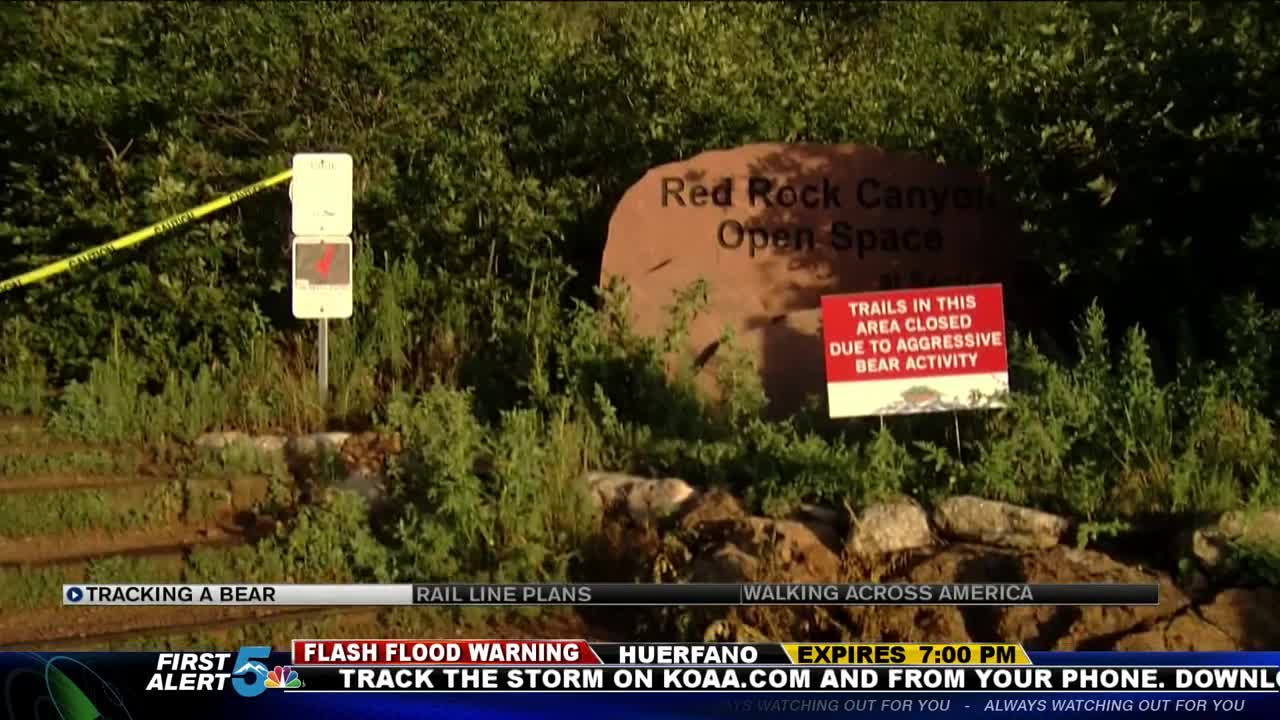 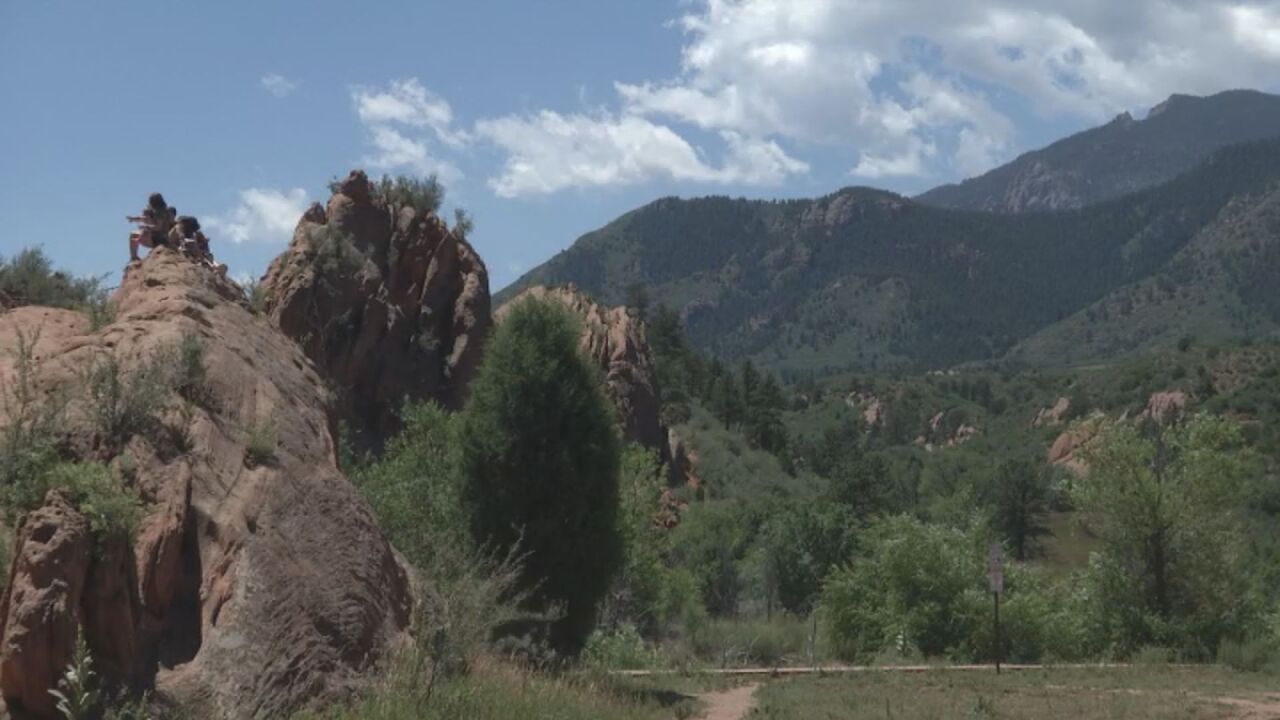 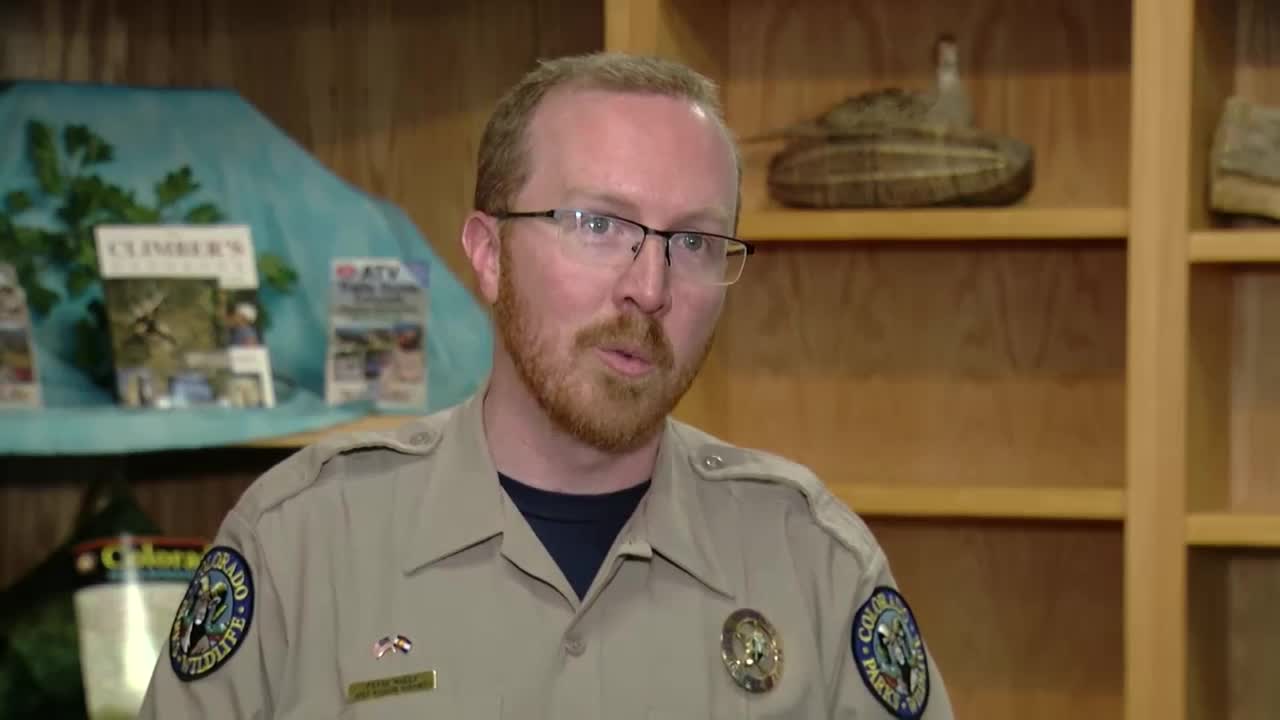 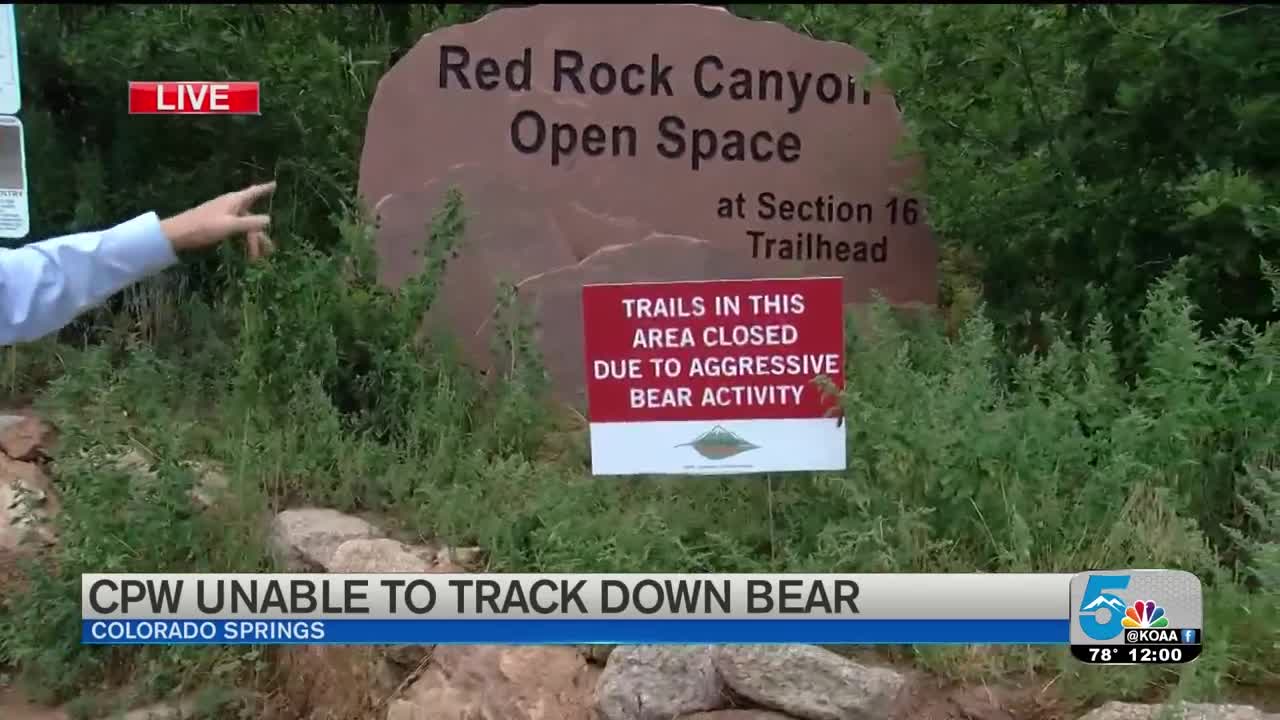 COLORADO SPRINGS - Colorado Parks and Wildlife says the use of hounds overnight to track an aggressive bear near Red Rock Canyon Open Space were unsuccessful. Now, cameras and foot snares are in place to catch the animal.

Area Wildlife Manager Frank McGee explained how crews were out last night with hounds trying to catch the scent of a bear that had an encounter with a man out jogging with his dog on Thursday. It is very unusual for a bear to take this aggressive of action against a human being. McGee explained the local offices have received more than 300 calls about bear sightings in El Paso County alone this year, but this is the first call for an aggressive bear.

The actions of this animal go beyond a nuisance which has CPW already planning to euthanize the bear once it is trapped. "In this case, this bear exhibited some behavior that is concerning to us.. because we feel it could pose an ongoing threat to people," explains McGee.

Keep in mind, there are naturally bears in the area. McGee says the jogger gave a very good description of the bear, so they any bear that does not fit the description will be released.

The effort to get the bear could take a few hours or a few days. Colorado Parks and Wildlife will continue to remind people to stay vigilant. You'll see signs in the area warning you to be bear aware.

The City of Colorado Springs has closed trails on the southern portion of Red Rock Canyon Open Space, the Palmer Loop trail, as well as the Section 16 trail after a man reported that a bear chased one of his two dogs there Thursday. According to CPW, the hiker reported that the bear didn't appear to be afraid of him or his dogs.

He said one of his dogs, a Labrador, alerted at something in thick brush about 100 yards from the Section 16 trailhead and ran, pulling the leash out of the hiker's hands, to investigate. He said he and his other dog, a puggle, then encountered a cinnamon-colored bear he estimated to weigh about 150 pounds.

Homeowners can take many steps to avoid putting bears in danger by not enticing animals into backyards, driveways and garages. Bears are naturally attracted to common items such as dog food, bird food and trash.

Homeowners can assess their properties by bringing bird feeders inside by dusk, keeping pet food secured or indoors and not leaving trash out in the open and only bringing dumpsters to the curb as close to pick up as possible.

CPW has a variety of resources for everyone in Colorado regarding living among bears whether at home or while spending time in the mountains. You can read all of the information available by clicking HERE .