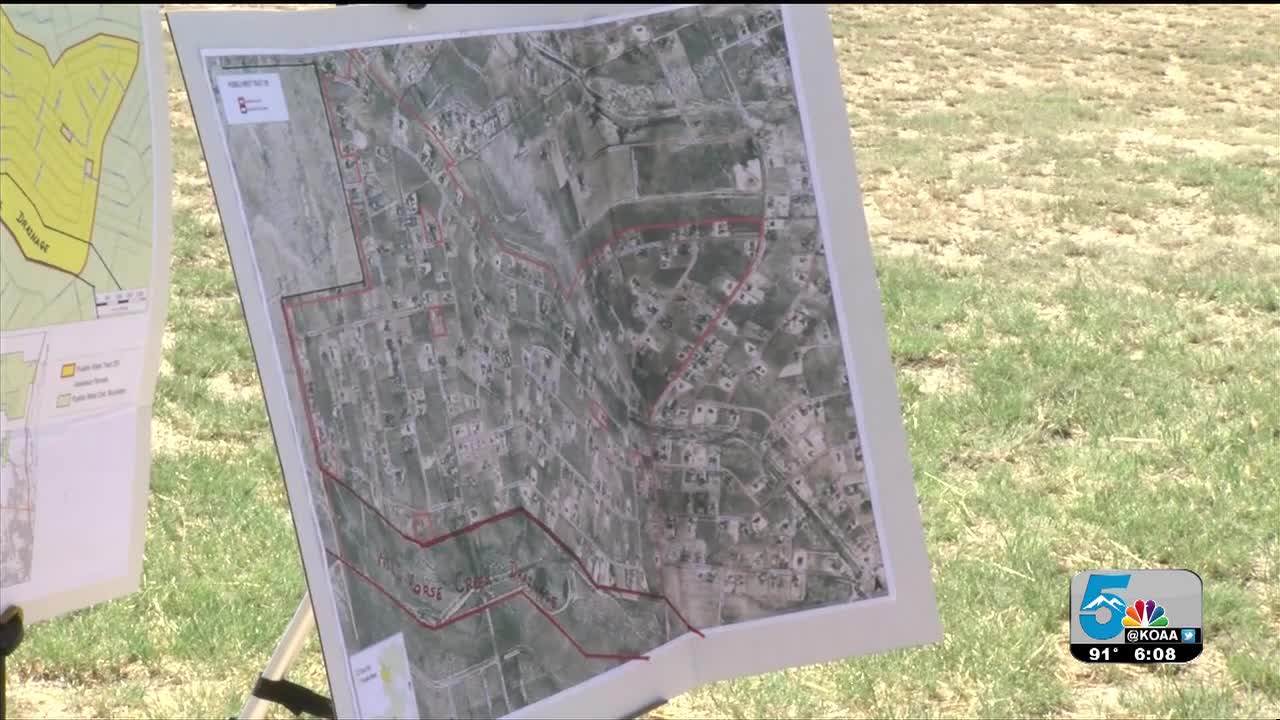 A BIG VOTE REGARDING A CONTROVERSIAL TRASMISSION LINE IN PUEBLO WEST IS SET FOR THURSDAY ... AND PEOPLE ON BOTH SIDES OF THE ISSUE ARE MAKING THEIR FINAL POINTS

PUEBLO — A big vote on a controversial transmission line in Pueblo West is set for Thursday.

If approved, the line would run from Pueblo West through Penrose to Canon City.

Black Hill Energy said the line would meet the power demand for customers while at the same time making rates cheaper.

Those against the line said there are deeper concerns about the line path that Black Hills is choosing.

"Don't put it through an area that has environmental concerns, flood concerns, and the possibility of destroying Pueblo West," resident Melvin Manrose said.

"If there is any delay in this line being approved, this permit being approved, customers savings will be reduced from $66 million down to $43 million," John Vigil with Black Hills said.

The meeting to decide this issue is set for this Thursday, Aug. 13 at the Sangre de Cristo Arts Center at 9:30 a.m.