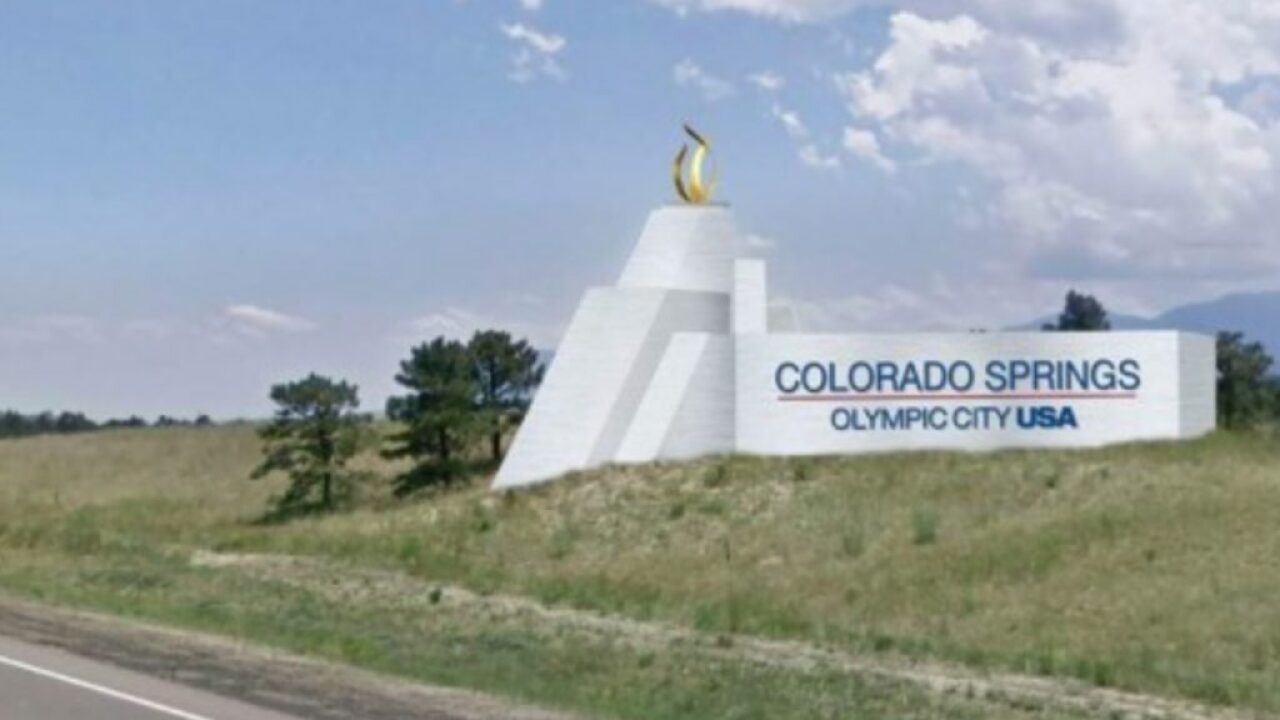 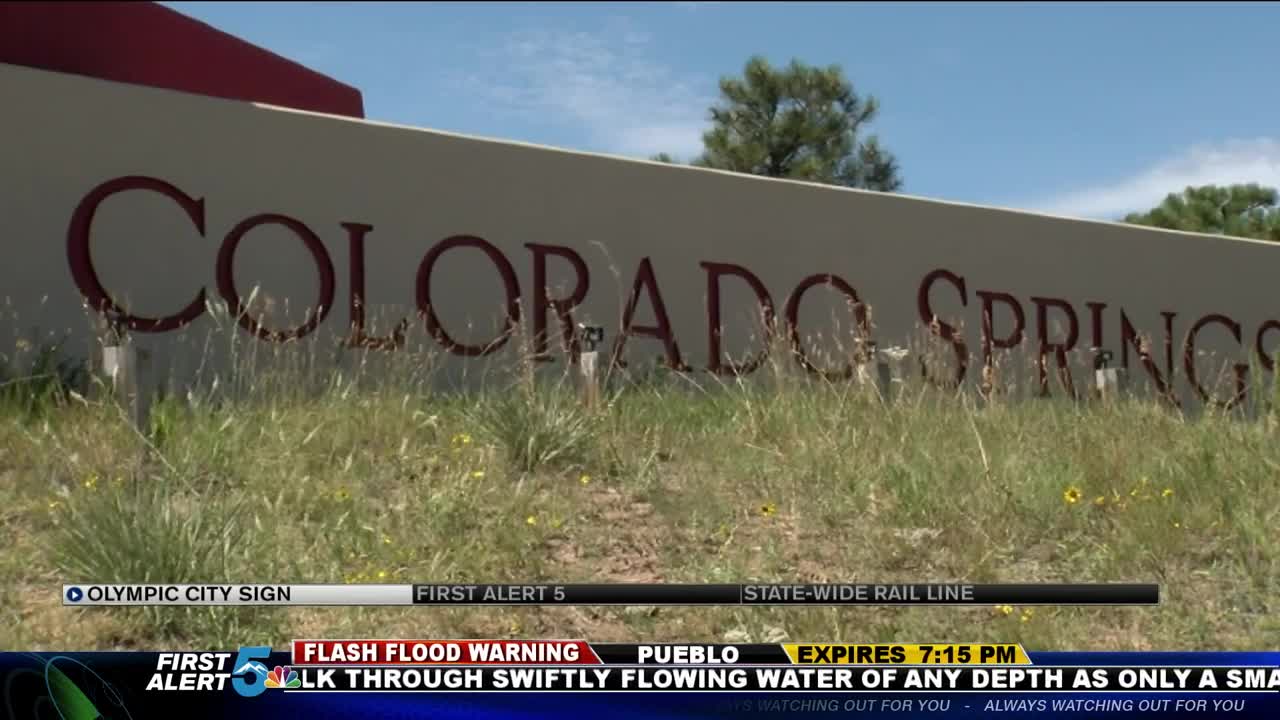 COLORADO SPRINGS — Colorado Springs efforts to promote itself as Olympic City USA will soon be more obvious. The Olympic Sign Committee announced they now have the funds to upgrade the gateway sign off North I-25. Over $300,000 was raised through private donations to make the update.

The committee believes the new branding is important for the city and to recognize Olympians and Paralympians.

Construction will begin in September and wrap up by October.

In big, bold letters the white sign will read 'Colorado Springs - Olympic City USA', featuring the logo adopted by the city in 2016 and sculpture resembling an Olympic flame.

The current sign is set to be re-surfaced with metal panels with the new words added.

"As we prepare for the opening and groundbreakings of several sports-related and catalytic projects in the U.S. Olympic Museum, Air Force Academy Visitors Center, Hybl Center for Sports Medicine and Downtown Sports and Events Center, there is no better time to embrace the modernization of our northern gateway sign on I-25. Our city has reveled in its rich sporting history and it continues to build upon its identity as Olympic City USA with elite and amateur events flocking to our venues year after year. As we continue our 40-year history of launching the dreams of dedicated tens of thousands of Team USA athletes, we want all who visit our community to experience Colorado Springs as a place where natural training grounds meet iconic attractions and the Olympic values of Excellence, Friendship and Respect inform our daily lives," said Mayor John Suthers in a release earlier this year.