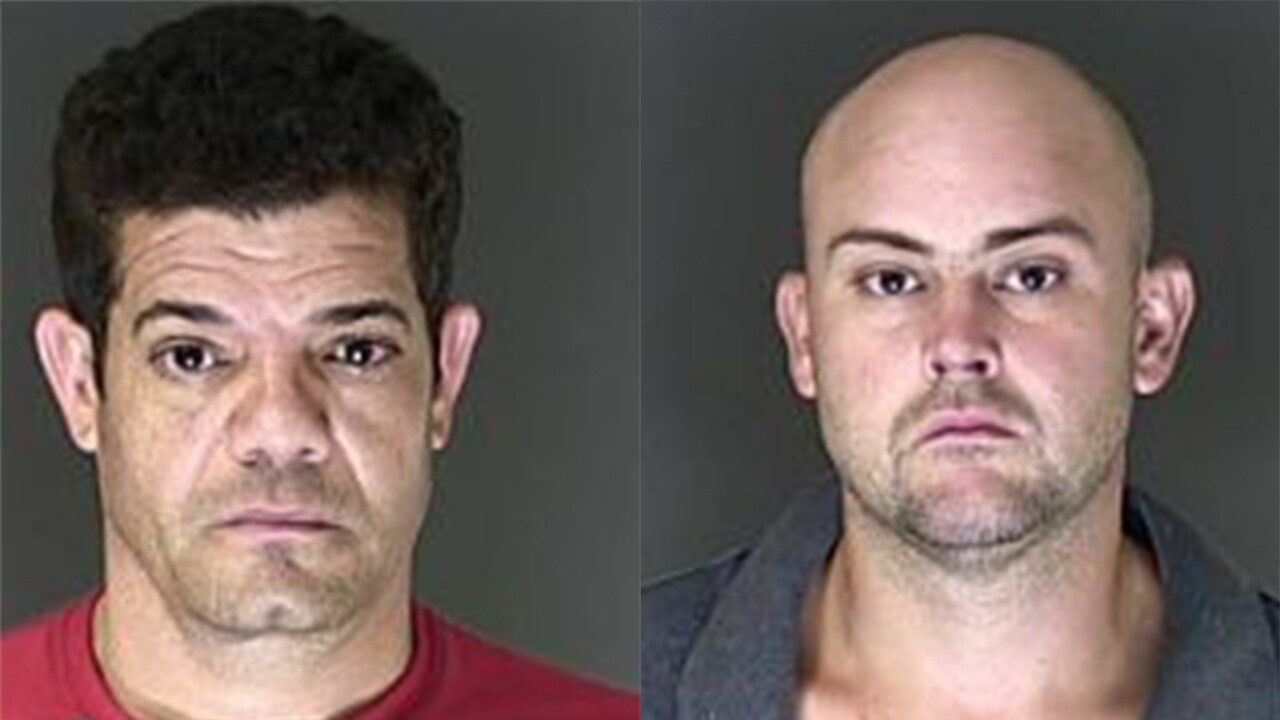 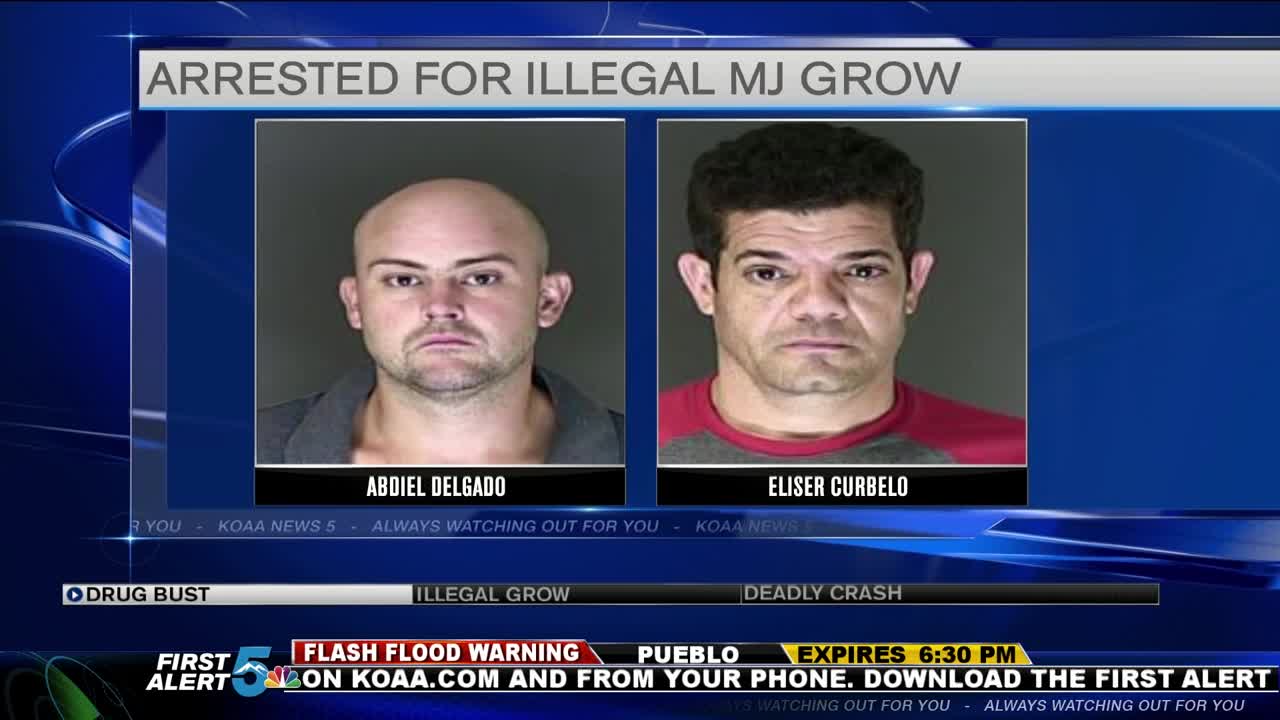 Deputies and police executed search warrants on two properties in the 20000 block of Deputy Point, near the El Paso County/Pueblo County line west of I-25. They also found marijuana and animals at a third property, but its location was not disclosed. Authorities seized 300 marijuana plants, four guns and nine "neglected and emaciated puppies" from the properties.

Abdiel Delgado, 30, and 44-year-old Elieser Curbelo were both booked into the El Paso County jail on suspicion of offenses relating to marijuana. Delgado was also wanted on an outstanding warrant before his arrest.

The sheriff's office said the Humane Society of the Pikes Peak Region seized control of the animals. Authorities say an investigation into the animals is underway.