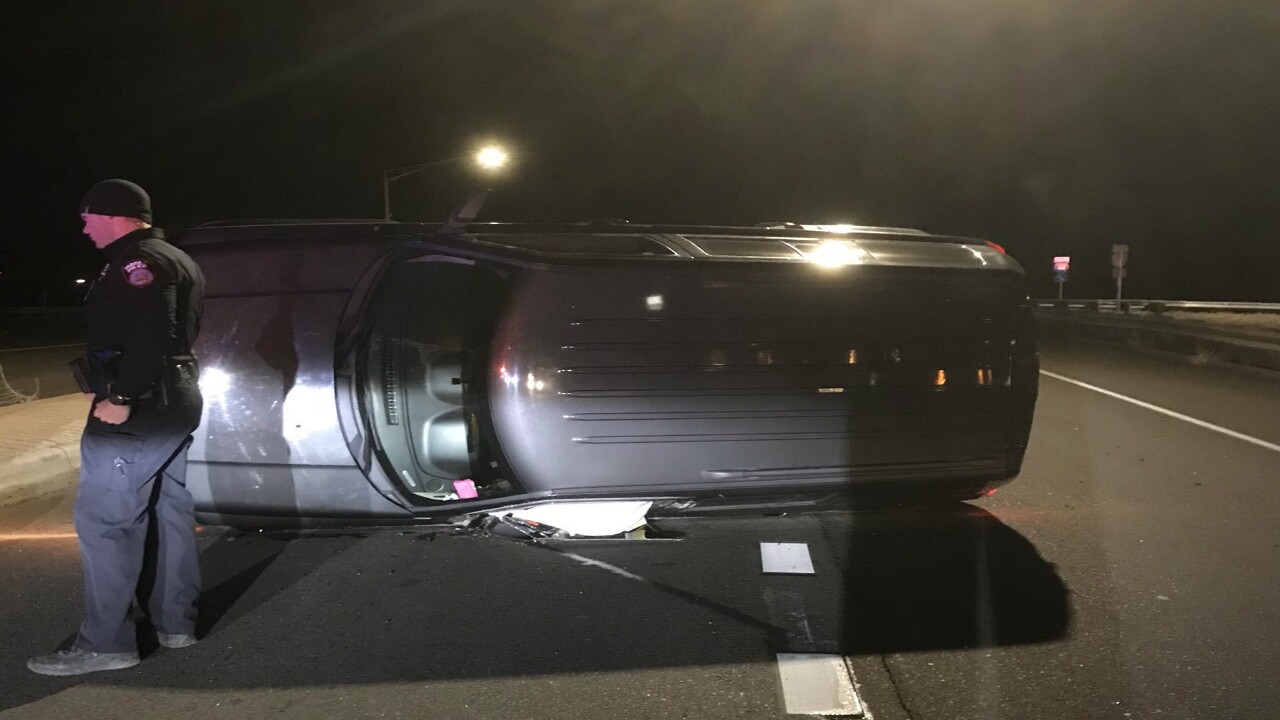 PUEBLO — Around 1:30 a.m. Saturday morning, a Pueblo Police officer was on traffic stop on Pueblo Blvd. when he witnessed what could have been a serious vehicle accident.

Pueblo PD said the officer was just of east of Lake Ave. with a wanted party in custody when he saw a vehicle coming off the southbound I-25 ramp at a high rate of speed.

PPD said the vehicle was going too fast to make the curve and hit a raised median before rolling into the eastbound lanes of Pueblo Blvd.

The driver of the vehicle, who was the sole occupant, somehow was not hurt in the crash. Police said he was however taken into custody for suspicion of DUI.