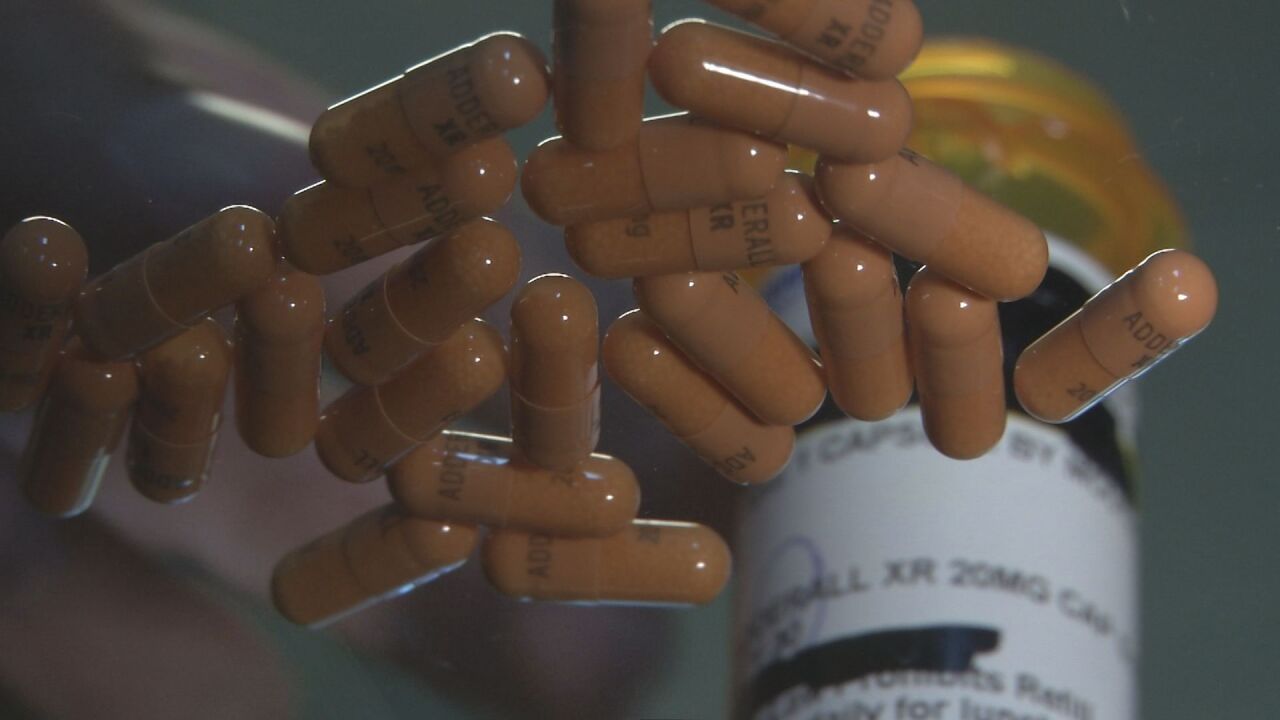 Copyright 2019 Scripps Media, Inc. All rights reserved. This material may not be published, broadcast, rewritten, or redistributed.
Colette Bordelon
Adderall capsules rest on a table.

COLORADO SPRINGS — College freshmen will start to move into their dorms this coming Tuesday at the University of Colorado at Colorado Springs (UCCS), and with that change in their lives, comes a lot of new stressors. Ohio State University's annual College Prescription Drug Study identified one of those stressors as academic strain. The study also reported that 65% of people who have used prescription drugs for non-medical purposes, specifically stimulants, started in their college years.

News 5 spoke with a senior at UCCS who said she has never used any kind of study drug, which are things like Adderall or Vyvanse. "I do know people who are prescribed Adderall to be able to focus... But then I also know people who can just get it from a friend, even though they're not prescribed it," said Bel Cagen, who is also a member of the volleyball team. One of her teammates mentioned most people use the study drugs during certain times of year, like finals.

The Executive Director of Health and Wellness at UCCS, Stephanie Hanenberg, said like most college campuses throughout the nation, they have seen instances of students using study drugs. Hanenberg said students typically take them to try and improve their grades, but it does not always work out that way. "Usually they stay up and the lack of sleep makes them perform worse, or they have so many side effects they can't sleep even if they intended to, and then they can't quiet their mind enough to focus when they get in to take an exam," said Hanenberg. However, the study from Ohio State University claimed 60% of people who said they used study drugs reported a positive impact on their grades.

There are healthy study habits students can practice instead of turning to study drugs, according to UCCS senior Taylor Smith. "When you know you have a big test coming up, like, I start studying two weeks before, and then that way you're not cramming all in the night before," said Smith.

Those with UCCS said they host sessions where students can learn how to determine which notes are most important to take, what parts of the book they really need to learn, and even test anxiety workshops.

To learn more about the study from Ohio State University, you can find the full report here .