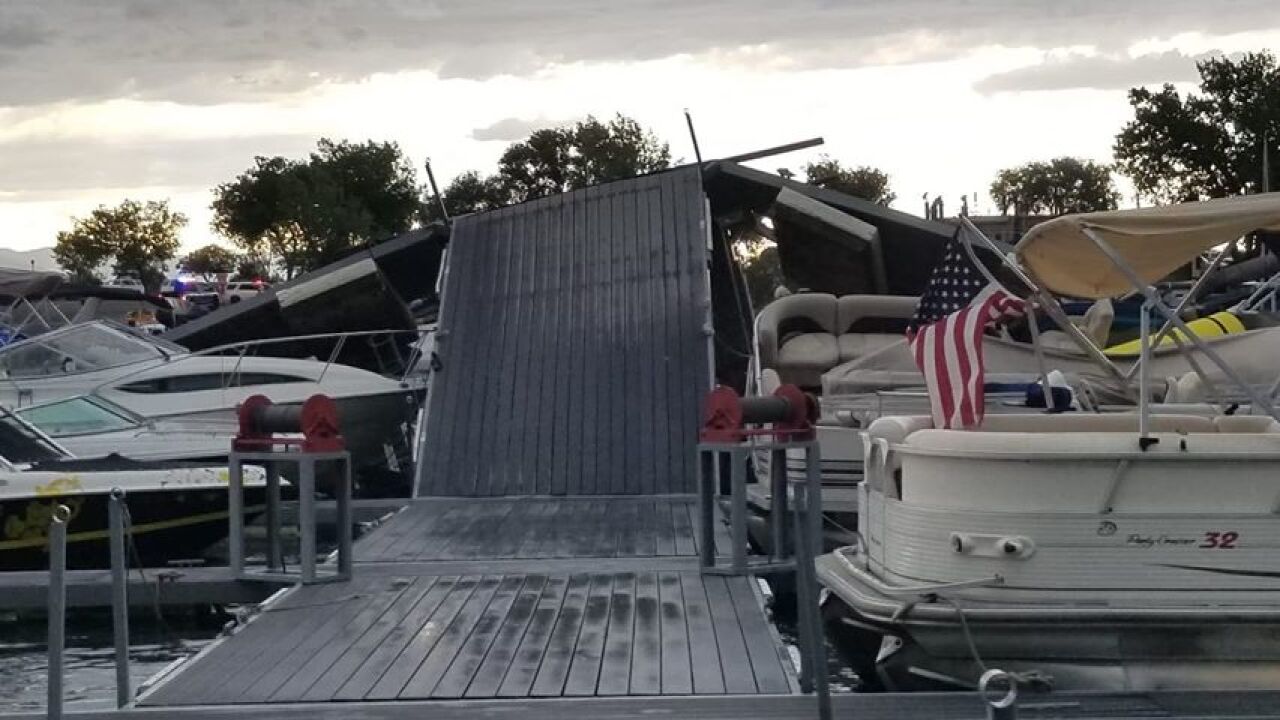 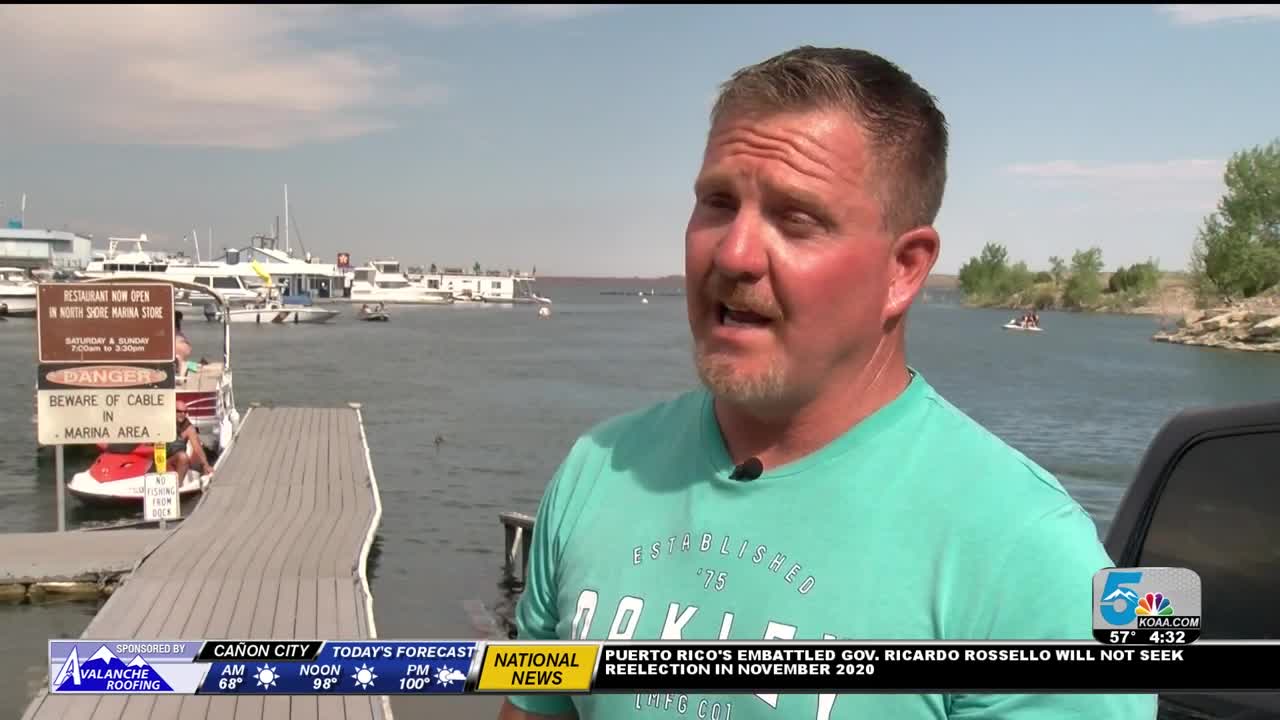 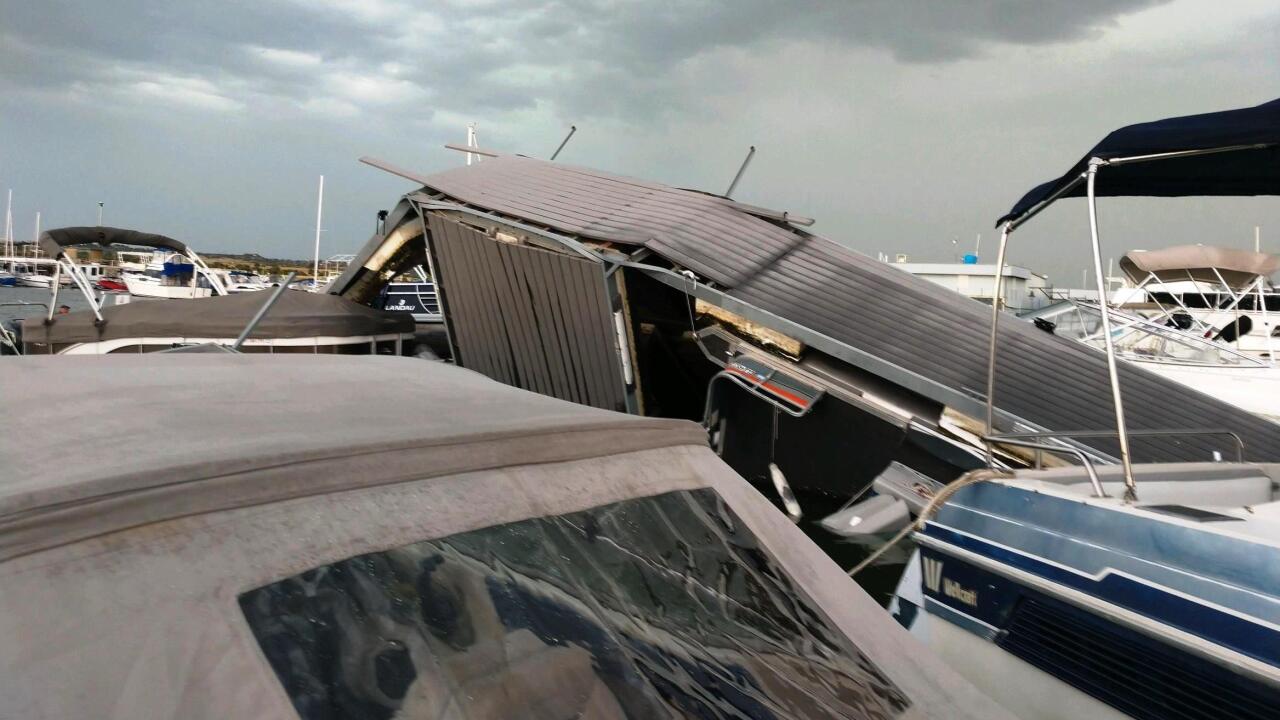 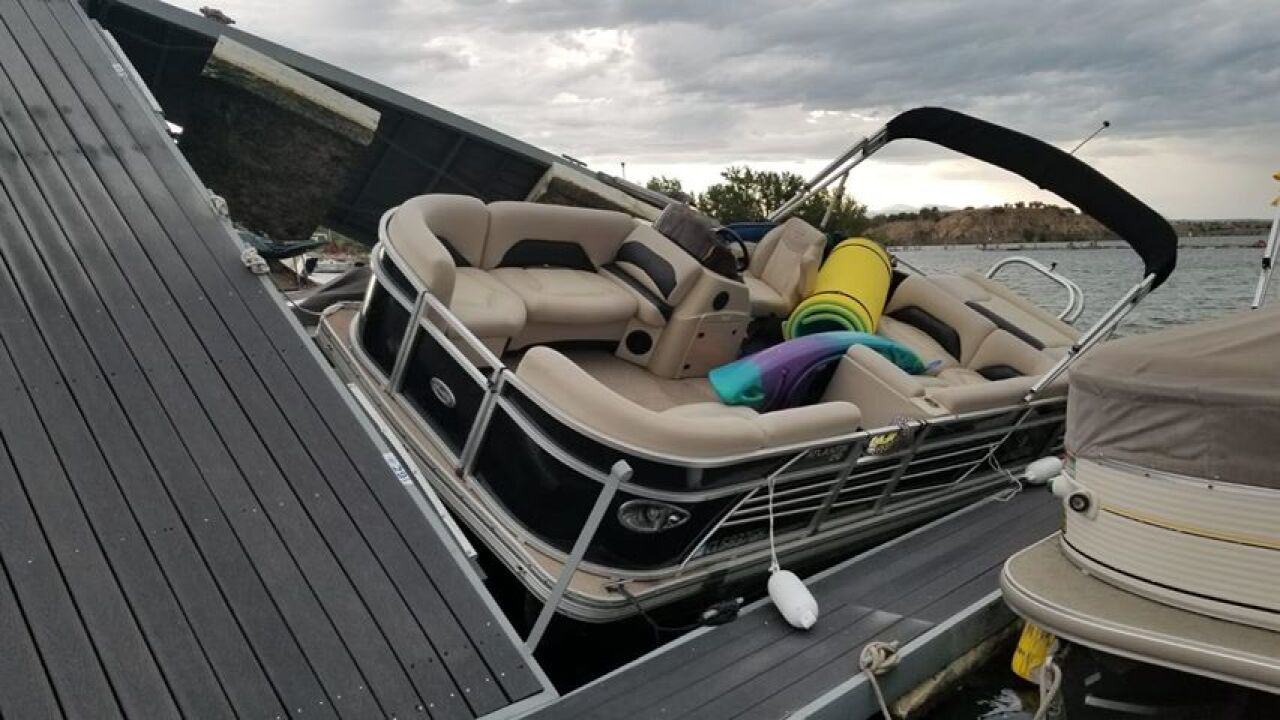 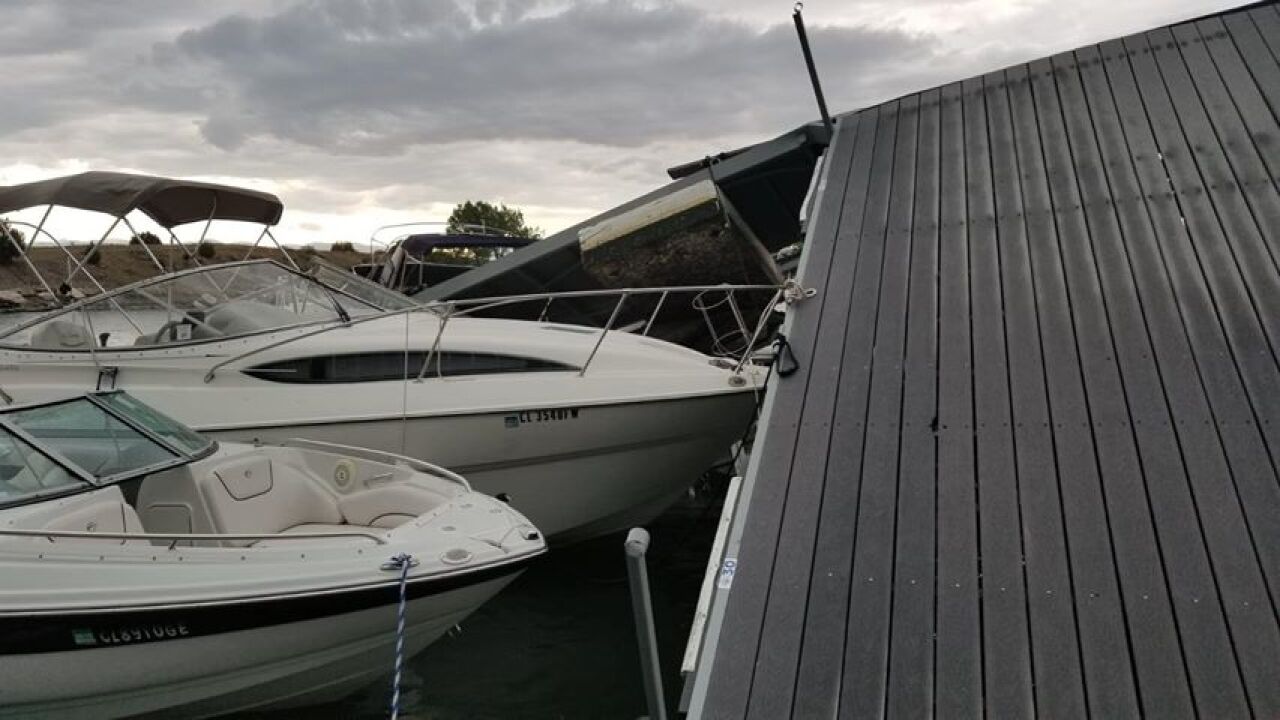 Due to the severity of the storm, Colorado Parks and Wildlife evacuated the marina Saturday. The amount of damaged caused by the storm has prompted the agency to close the marina indefinitely.

According to Park Manager, Monique Mullis, the marina is dangerous and off-limits to the public, from both the shore and the water. Docks were reportedly twisted and boats were tossed up against each other.

“The main dock was pushed up and crumpled by the winds and waves,” Mullis told CPW. “You can’t even reach the rest of the docks. It’s very unsafe. We can’t allow people into the marina at this point.”

Dave Hammer, whose boat ended up upside down and attached to the dock, said, "We got word that we need to evacuate our boat out of here but obviously that's not going to happen. It's twisted up there and can't move it."

He added that park rangers told him engineers must survey the boat before he tries to move it.

According to the State Parks' Facebook page, boat owners were allowed to come and remove/trailer their boats starting at 10:30 a.m. Sunday morning. Owners wishing to retrieve their boats must check in at an ANS inspections station first, where they will received instructions on navigating the damaged marina.

Park Manager Mullis told CPW the private company that operates the North Shore Marina will be contacting each affected boat owner. Those seeking information on their boats can call (719) 251-3949.

CPW said that although the marina is closed, the North Ramp will be open for normal boat launching and loading. The South Marina suffered only minor damage and will be conducting business as usual.