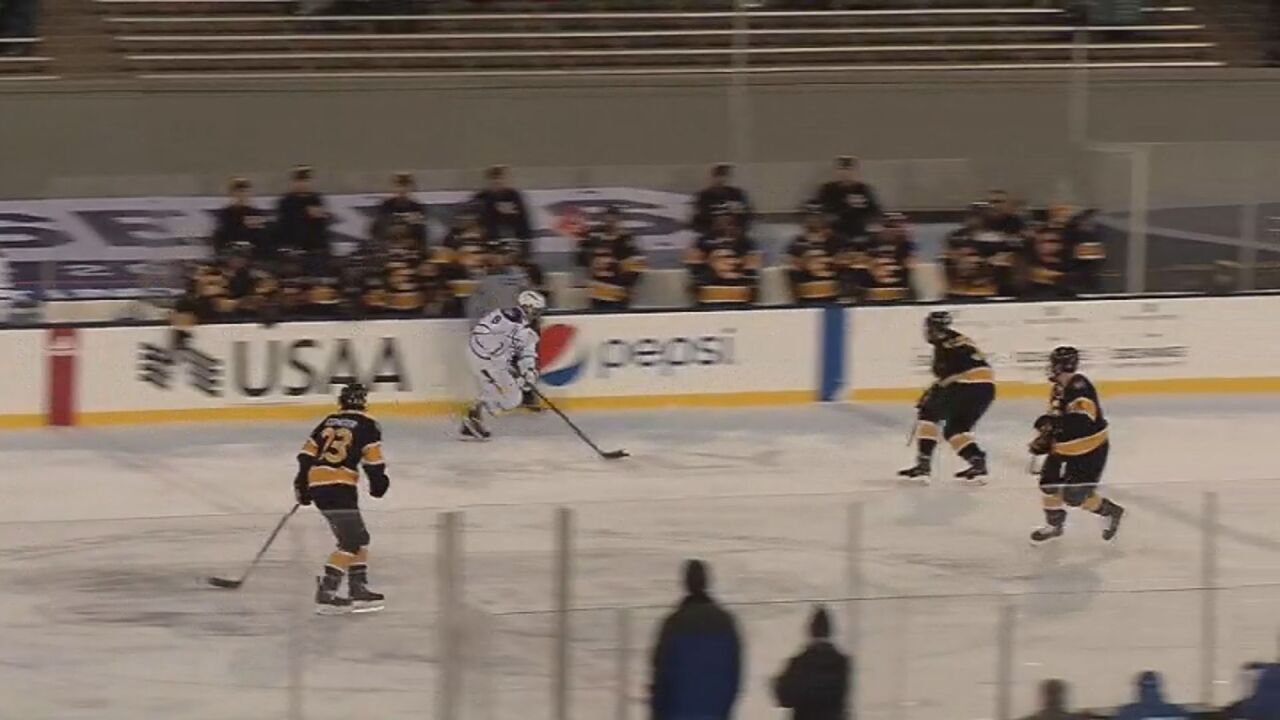 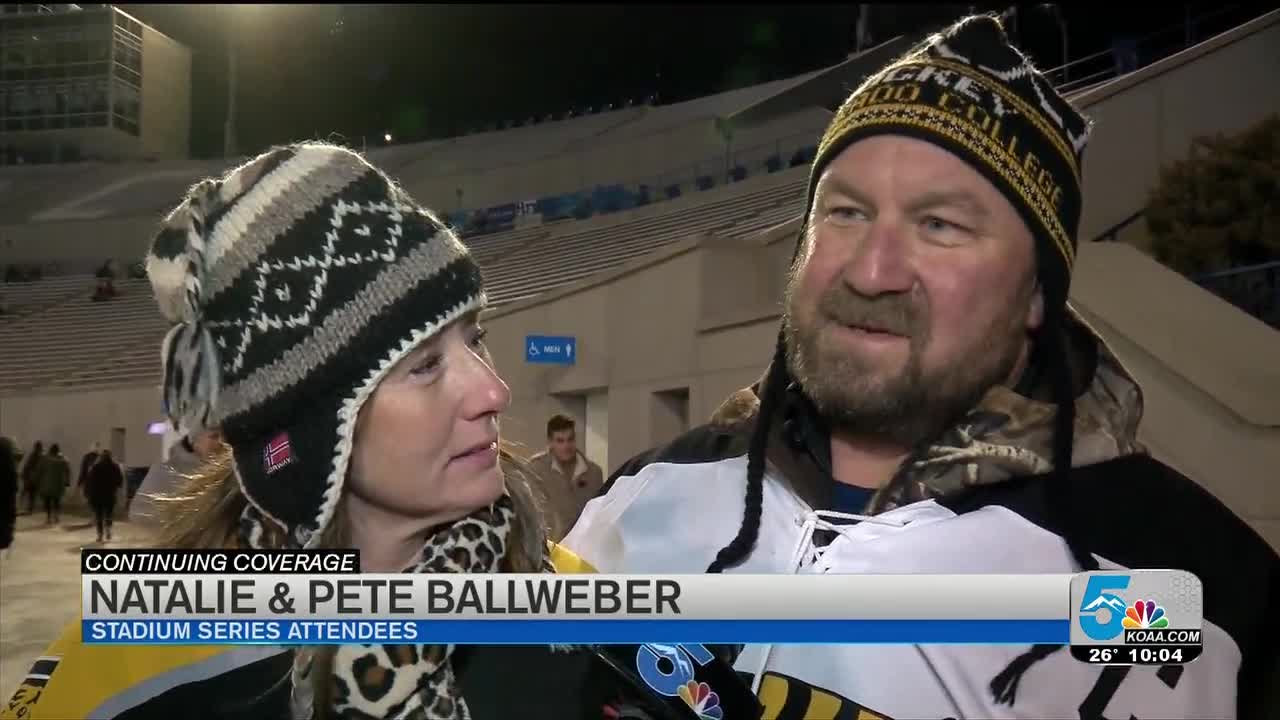 COLORADO SPRINGS — The start of the Stadium Series this past weekend was not without its issues.

There were major traffic issues for thousands of fans, complaints of long vendor lines and overpriced parking, not to mention - a death investigation.

However, Monday brought a new game, a new night, and a new perspective for the Air Force and Colorado College face-off.

Monday's event was a total turnaround from Saturday night. While there were about 43,000 people attending the game that day, Monday's game only brought in about 7,000. While some people we spoke with had some issues on Saturday that was not the case on Monday.

Natalie Ballweber said, "It's fun to be at an outdoor rink." She and her husband, Pete Ballweber, shared that they've been Colorado College fans for more than 25 years.

Andrew Doyle, an Air Force fan said, "It's a fun time. Outdoor hockey's always cool. It's a little chilly, but I'm excited to watch the rest of the game."

Stadium Series attendee Jonathan Broadribb said, "CC and Air Force have a really long rivalry so it's going to be great. Good time for sure."

He and John Meakins returned to the stadium after Saturday's game.

Pete Ballweber commented on how the traffic inside the stadium created some issues. He said, "Concessions were tough. Restroom facility was tough, but just the normal, getting around the stadium was a struggle." Despite Saturday's long lines he said, "It was an amazing game, amazing."

Fans like him are moving on and focusing on Monday night's cross-town rivalry.

Dustin Biedronski was also there on Saturday night and returned for Monday's game. He said, "It's a great experience. I've been coming to football games for 20-plus years and never thought I'd be able to see a hockey game in this stadium...especially to see the Colorado Springs rivalry take place right here in the stadium. It's awesome...it's really become something because they're both kind of competing at the same level."

Air Force Academy Athletics released a statement saying several factors during Saturday's game caused greater than expected traffic delays including multiple lane closures and accidents on I-25 and emergency pothole repairs. At the end of Saturday's game a tragic incident happened where a fan died that caused traffic delays. The details of that incident are still under investigation.

As far as those pothole repairs CDOT says crews were not planning to have lane closures on Saturday. It was around noon when large potholes opened up along southbound I-25 that were large enough to cause a safety concern and needed to be fixed immediately. We're told crews impacted daytime traffic for less than one hour.