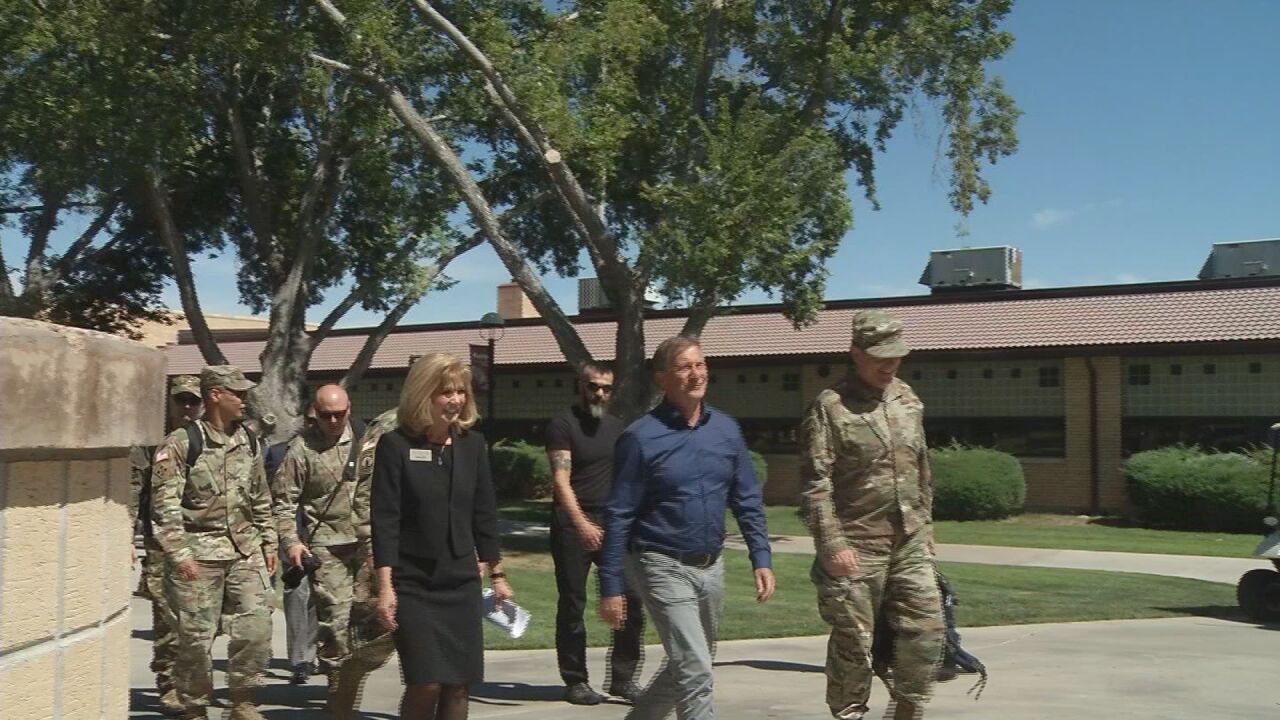 Pueblo Community College President Dr. Patty Erjavec (in the black suit) walks alongside Slovenian Defense Minister Karl Erjavec (in the blue shirt) and other members of a diplomatic delegation during a tour of campus. 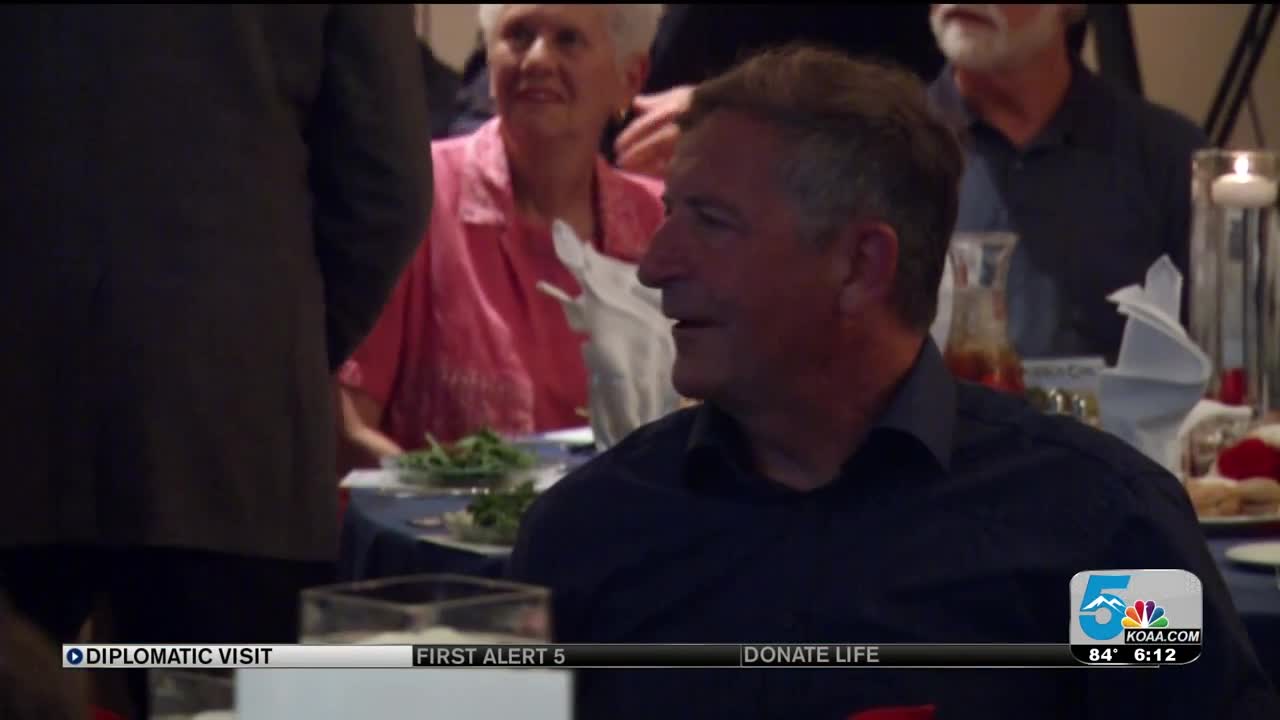 PUEBLO, Colorado — The whirring thud of the rotors from a trio of Black Hawk helicopters echoed off the rooftops of the Aberdeen neighborhood Thursday morning as a delegation of some 22 high ranking military and government officials from the Republic of Slovenia paid a diplomatic visit to Pueblo Community College. The group included Slovenian Minister of Defense Karl Erjavec; Slovenian Chief of Defense, General Alenka Ermenc, who is the only female head of military in NATO; and the Slovenian Ambassador to the United States, Stanislav Vidovic.

"We actually took off out of our joint force headquarters, went up to our high-altitude training site up in Gypsum too see the landscape of Colorado, and of course our next stop was right here at Pueblo Community College," said Maj. Gen. Loh.

"I am very surprised for the very, very warm welcome to here for Pueblo," said Minister Erjavec. "The Slovenian community here in Pueblo is a very important tie for the relations between Slovenia and the United States."

After lunch, the group took a tour of the Gorsich Advanced Technology Center on campus. The center is named after the late Fritz Gorsuch whose $4 million bequest in 1994 helped the campus to leverage state funds to build the facility. To mark the special occasion, a linden tree (a national symbol of Slovenia) was planted in the lawn oustide of the center.

Rudy Krasovec, Chairman of KSKJ Life the Slovenian-American Catholic Union, said this visit is a special moment in Pueblo's history.

Major General Loh said Krasovec approached him a few years ago to lobby for another diplomatic visit to Pueblo.

"I said I know, I know Rudy it is, it's a wonderful city," Loh recalled.

The Colorado National Guard has worked closely to assist the development of the Slovenian military ever since the break up of Yugoslavia in the early 1990's. Over the years, the two forces have participated in more than 500 engagements together, including some combat mission in Afghanistan.

"We'll do squad tactics and training, we'll do leadership development of their non-commissioned officer corps, we may even send in a small team to teach them how to do sling load operations in helicopters or mountain rescue and mountain warfare," Loh explained.

Today, the armed forces in both nations are training to fight a new threat online.

"We are very much interested in continuing our cooperation in the cyber area," Erjavec said.

The National Guard Association's 141st Annual Convention is taking place this weekend in Denver. The delegation headed to that event after their visit to Pueblo.