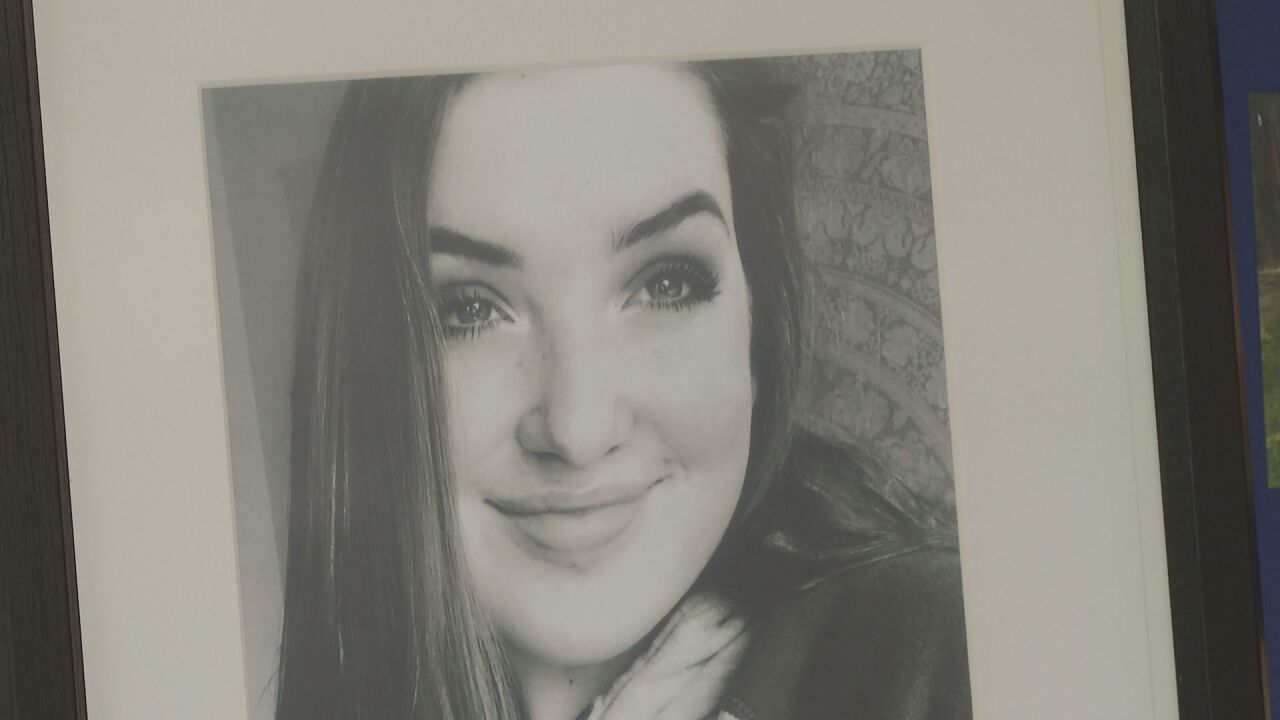 Copyright 2020 Scripps Media, Inc. All rights reserved. This material may not be published, broadcast, rewritten, or redistributed.
Colette Bordelon
A picture of Jordan Scheinert at her vigil on Sunday. 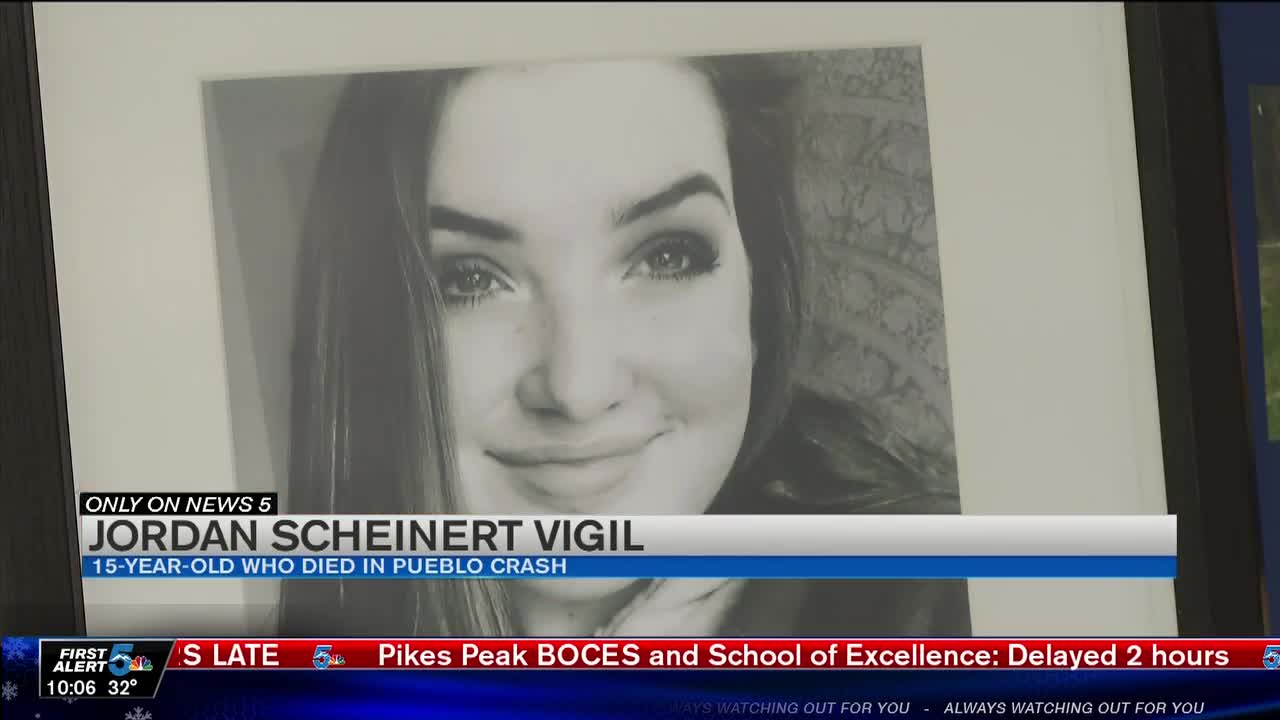 SOUTHERN COLORADO — Family and friends are grieving the loss of a 15-year-old girl through a vigil in her honor on Sunday. Jordan Scheinert was killed Wednesday at a busy intersection on Highway 50 in Pueblo West. Jordan's mom gave her first public interview since the crash, telling News5 more about Jordan, and her gratitude for the community.

Kelley Scheinert, Jordan's mother, said her daughter left on Wednesday with her grandmother to go study for her driver's education test. "We had hugs, and she told me she loved me when she walked out the door," said Scheinert.

Scheinert said her daughter was in the passenger seat when the accident happened, and she was wearing a seat belt. "I called her, and someone else answered her phone, and told me that she'd been in a horrible accident, and wouldn't answer my questions when I asked if she was okay," said Scheinert. She said the person on the other end of that phone call was the coroner.

The other driver involved in the crash is 18-years-old, and Scheinert said that driver actually contacted her the day of the crash. "She left a message with the coroner with me that day, saying that she was sorry. And it meant a lot to me that day, but it means more to me that she not allow this to negatively impact her future. There's no ill will, and I want only good things for her," said Scheinert. At this point, Colorado State Patrol has not released who is responsible for the crash.

News5 also spoke with Jordan's friends at the vigil, who wore yellow in her honor, because it was her favorite color. "We just grew up together, I saw her grow as a person, and she made me better myself, a lot," said Gracelyn Fief, who said she knew Jordan since the sixth grade.

Jordan's friends said she taught them kindness, and they will carry her legacy with them throughout life, by showing other people that same kindness. "Just be there for people, like she was for me," said Grace Kelly, who also said she had known Jordan since middle school.

Meanwhile, Scheinert hopes the people at the vigil stay in touch with her. "It was beautiful. I could feel the love, I could feel her, she was here today, there's no question, and she'll live on in all of those people... I want them to be good people, and if Jordan inspired them to do that, then I can't have asked for more," said Scheinert.

Still, Scheinert knows her life will never be the same again. "I love her, and she was my world, and I don't know how I'm going to do this without her... I'll miss all those memories we didn't get to make," said Scheinert.

Scheinert said the public is invited to Jordan's funeral services, which will be held on Tuesday, March 3. It is scheduled for 4 in the afternoon at the north location of the Radiant Church, and everyone is asked to wear bright colors, or yellow, in honor of Jordan.