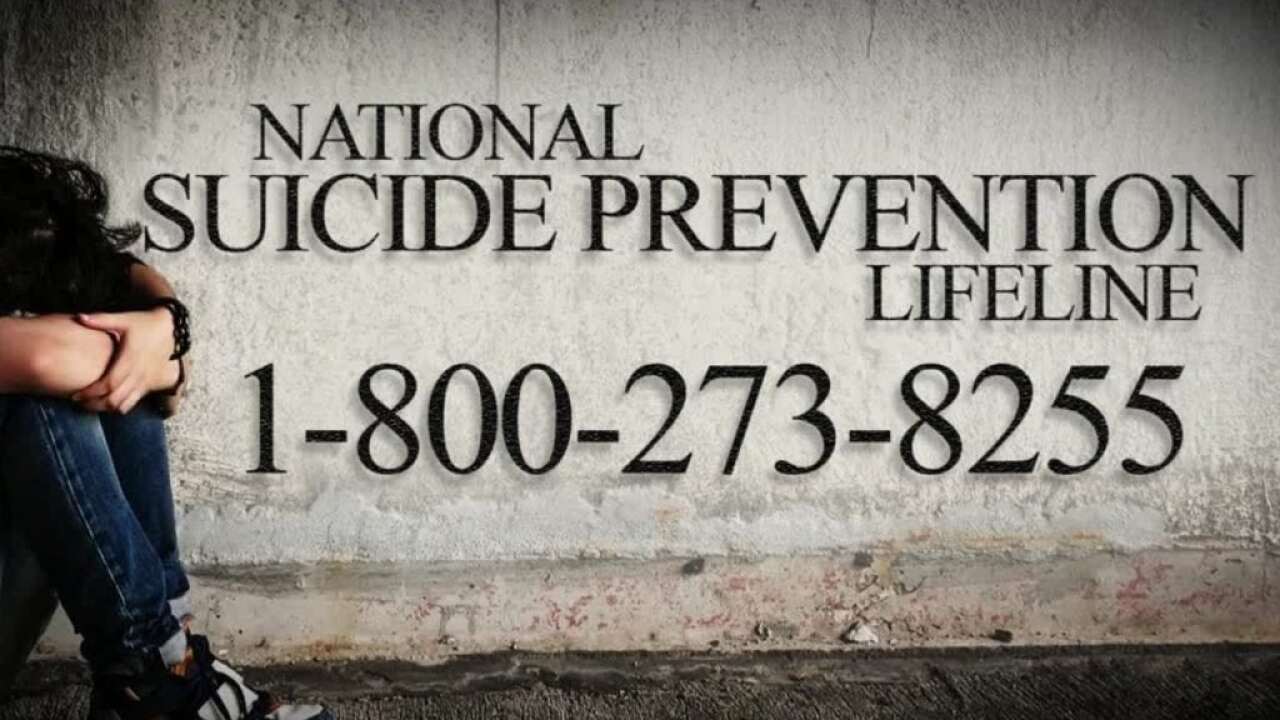 Suicide is the 10th leading cause of death in the U.S. It is responsible for over 800,000 deaths, which equates to one suicide every 40 seconds.

It's a day dedicated to raising awareness of the risks of suicide and the challenges faced when trying to prevent death by suicide.

According to the Colorado Health Institute 1,175 people in Colorado died by suicide in 2017, the highest number in state's history. Suicide is most common in the 45-64 year-old age ground, and men are three times as likely as women to die by suicide.

Or reach the toll-free National Suicide Prevention Lifeline at 1-800-273-TALK (8255) 24 hours a day, 7 days a week. The service is available to anyone. All calls are confidential.

National Suicide Prevention Lifeline provides 24/7, free and confidential support for people in distress, prevention and crisis resources for you or your loved ones. If you would like to reach out, the number is 1-800-273-8255.

To show support of suicide prevention, remember a lost loved one or honor suicide survivors, you can light a candle near a window at 8 p.m. on September 10.