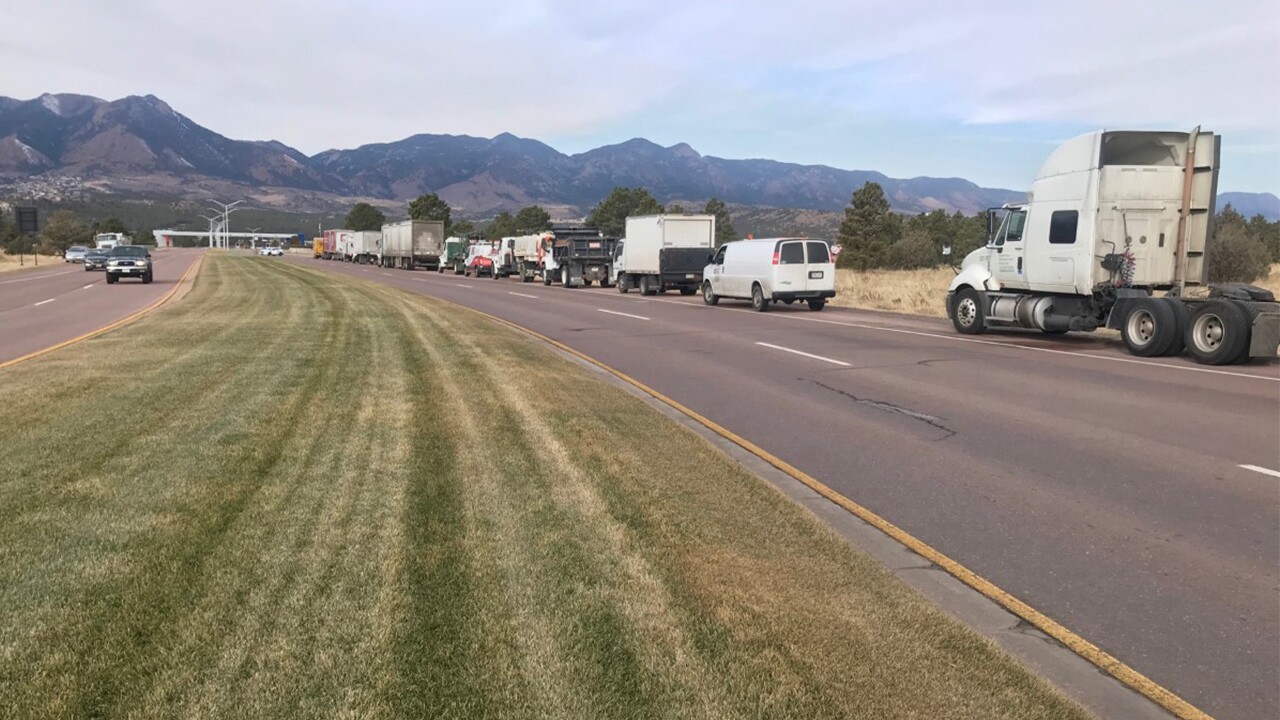 COLORADO SPRINGS — The South Gate of the US Air Force Academy has reopened following a security concern Friday morning. A dump truck heading to the facility was pulled aside when an ion scanner detected traces of nitroglycerin on the vehicle.

The truck was pulled off the side of the gate entry to await a more extensive sweep by an explosive ordinance disposal team. Additional traffic was allowed on base in the meantime.

Once the EOD team arrived the gate was closed again. US Air Force Academy officials do not believe there is no threat to the public or the military facility.

As of 9:30 a.m,, the South Gate reopened to all traffic. The Air Force now says there was no actual trace of nitroglycerin on the vehicle. The driver was allowed to continue to his destination.