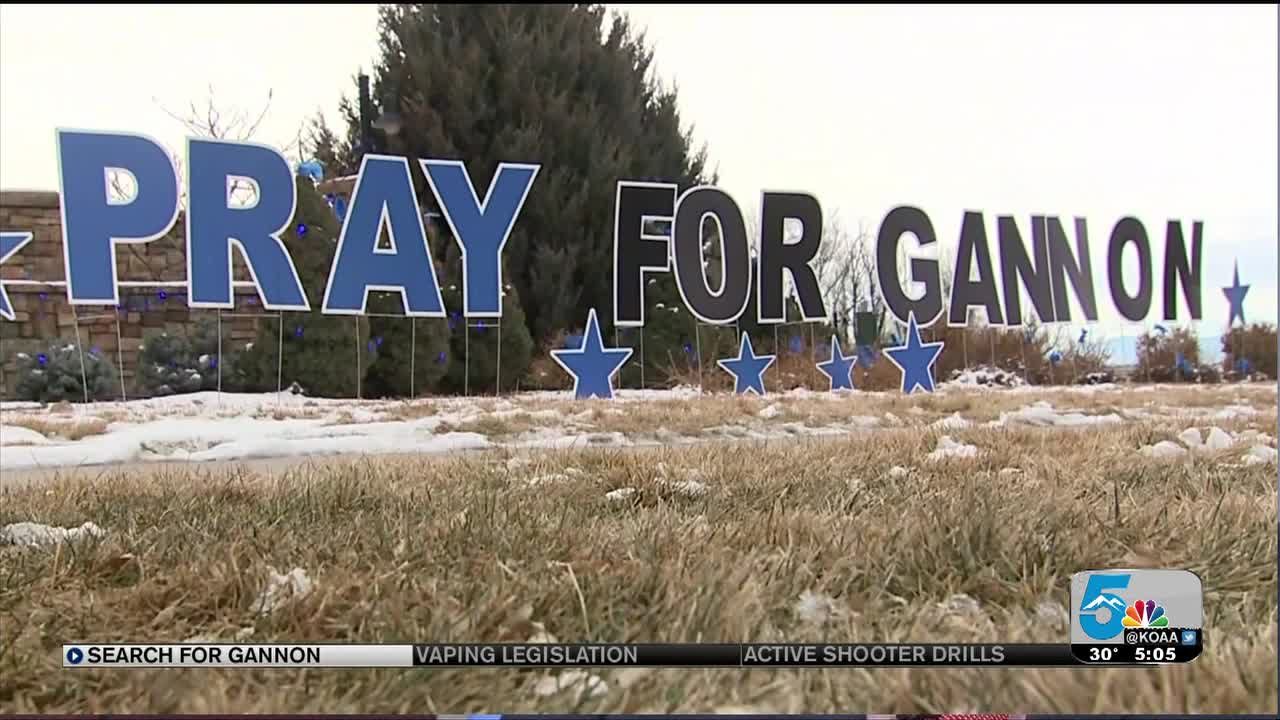 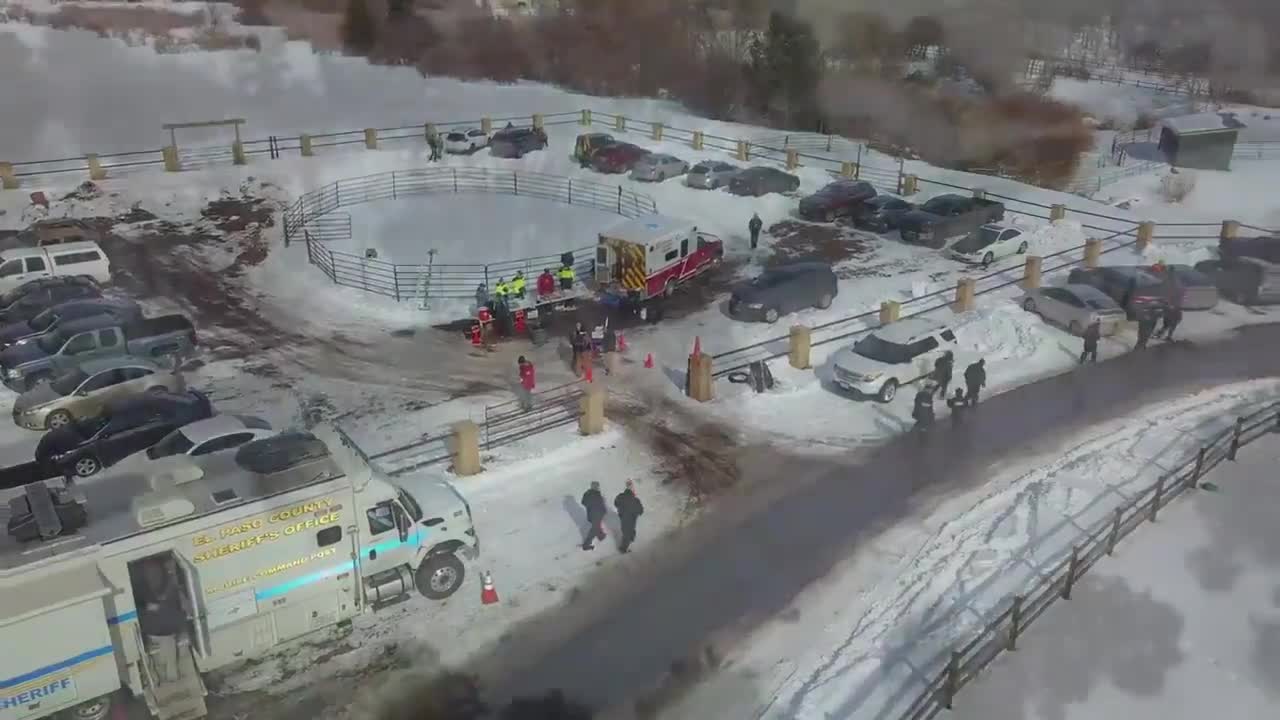 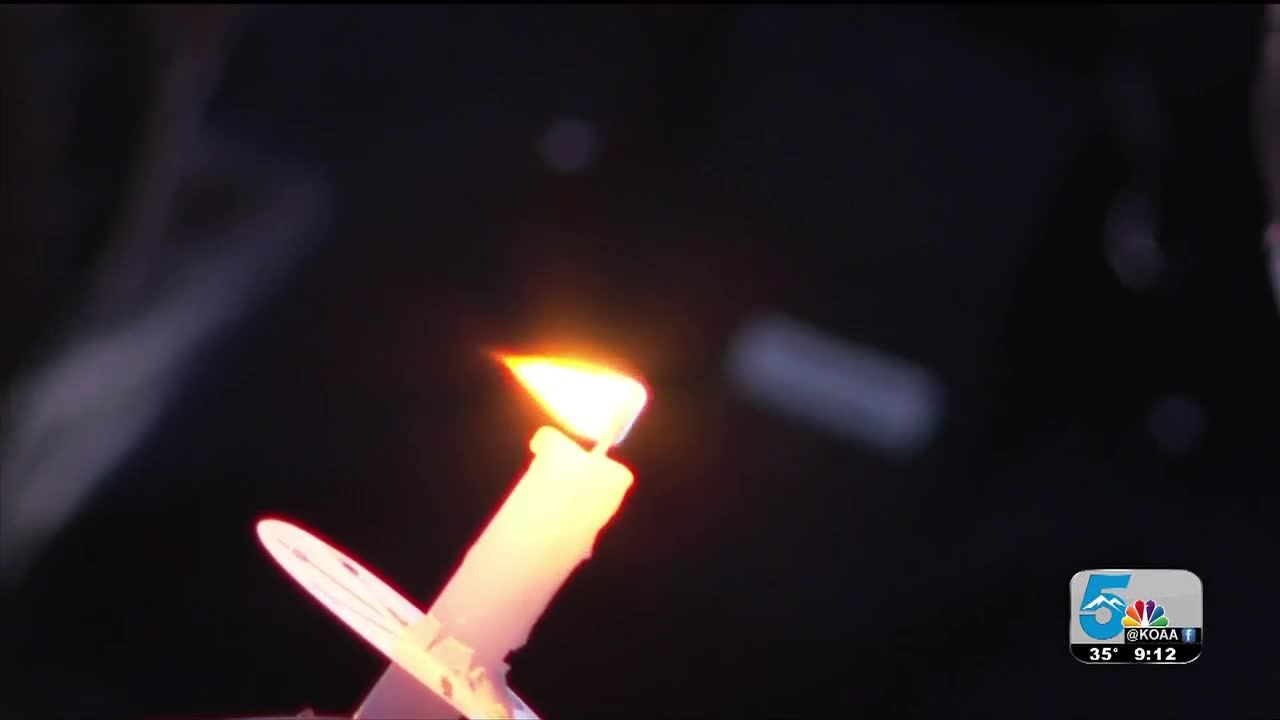 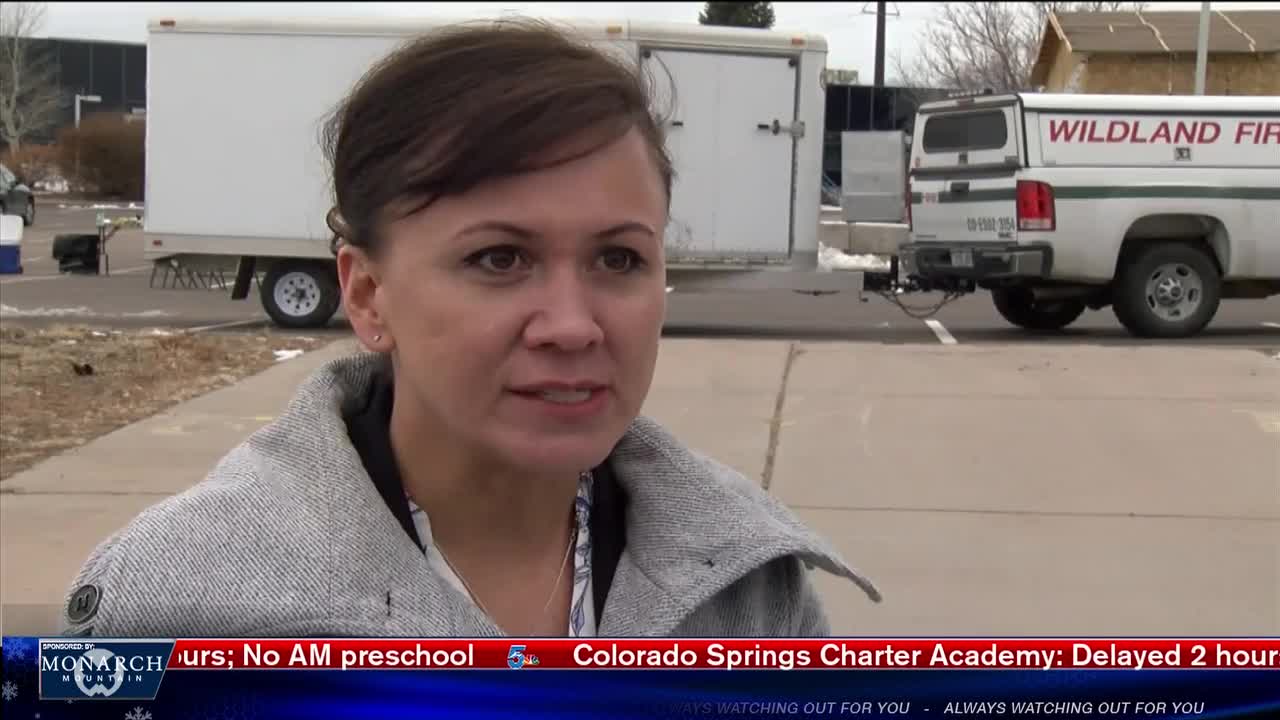 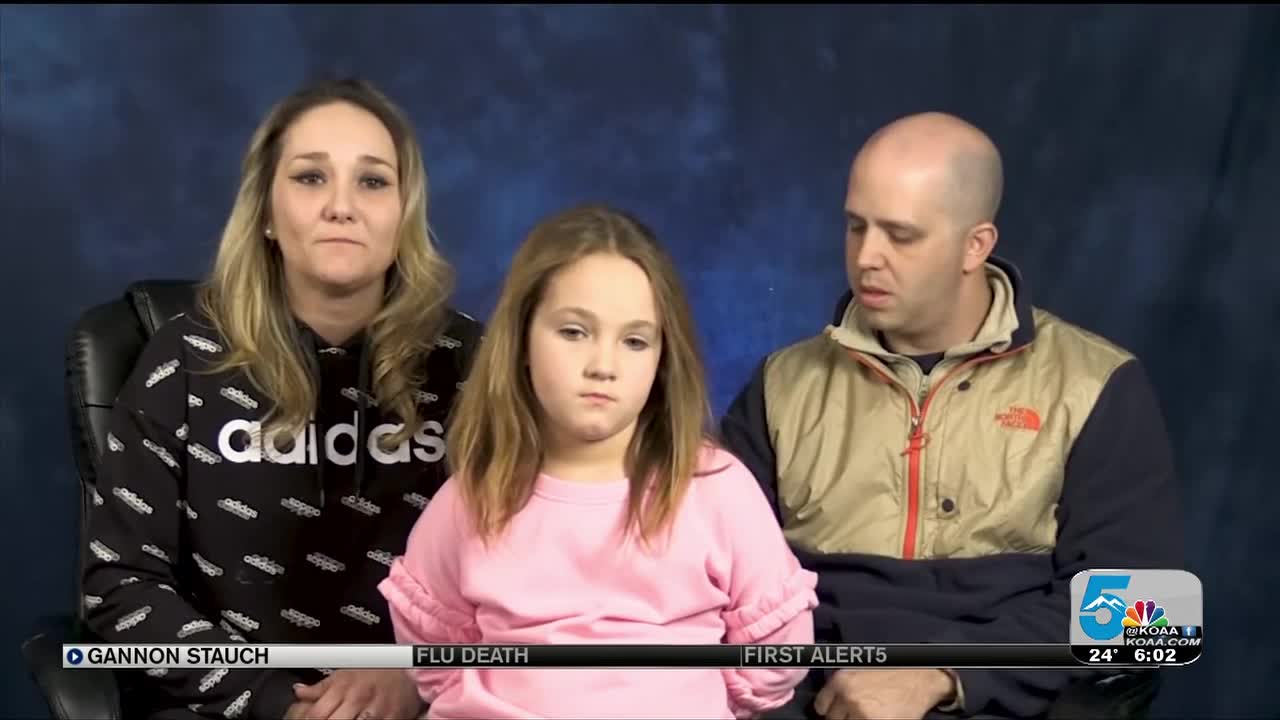 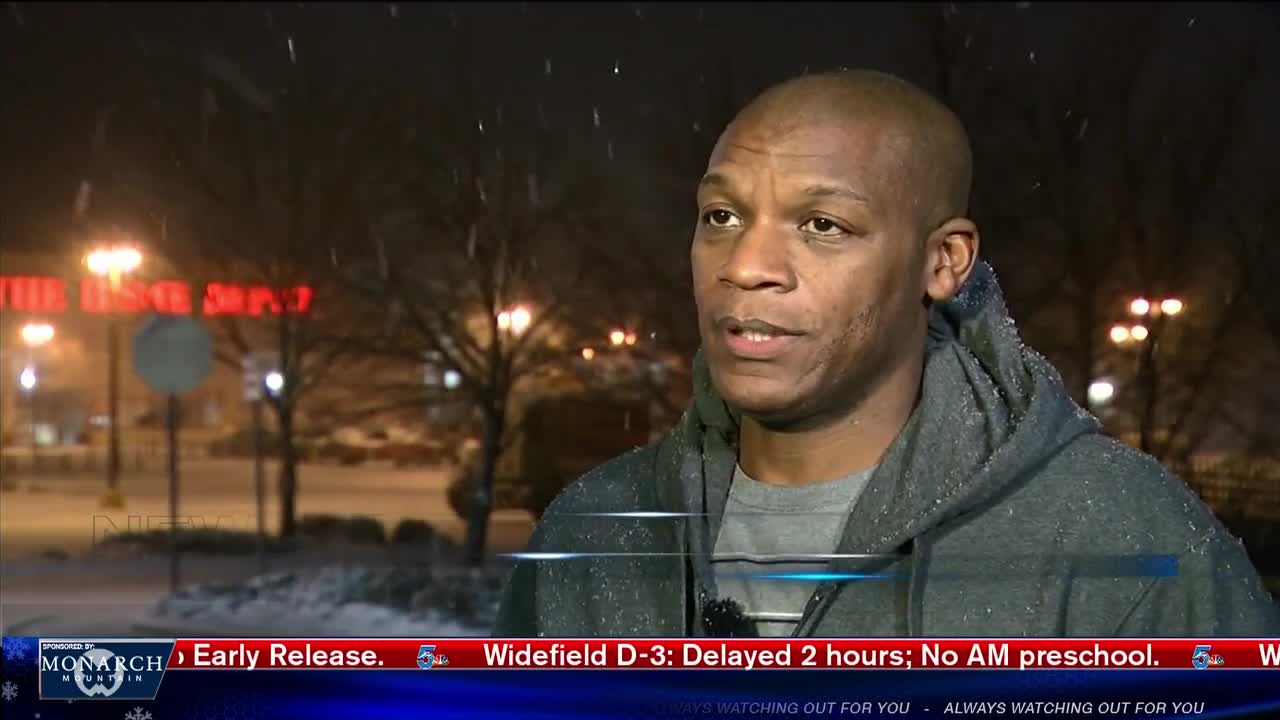 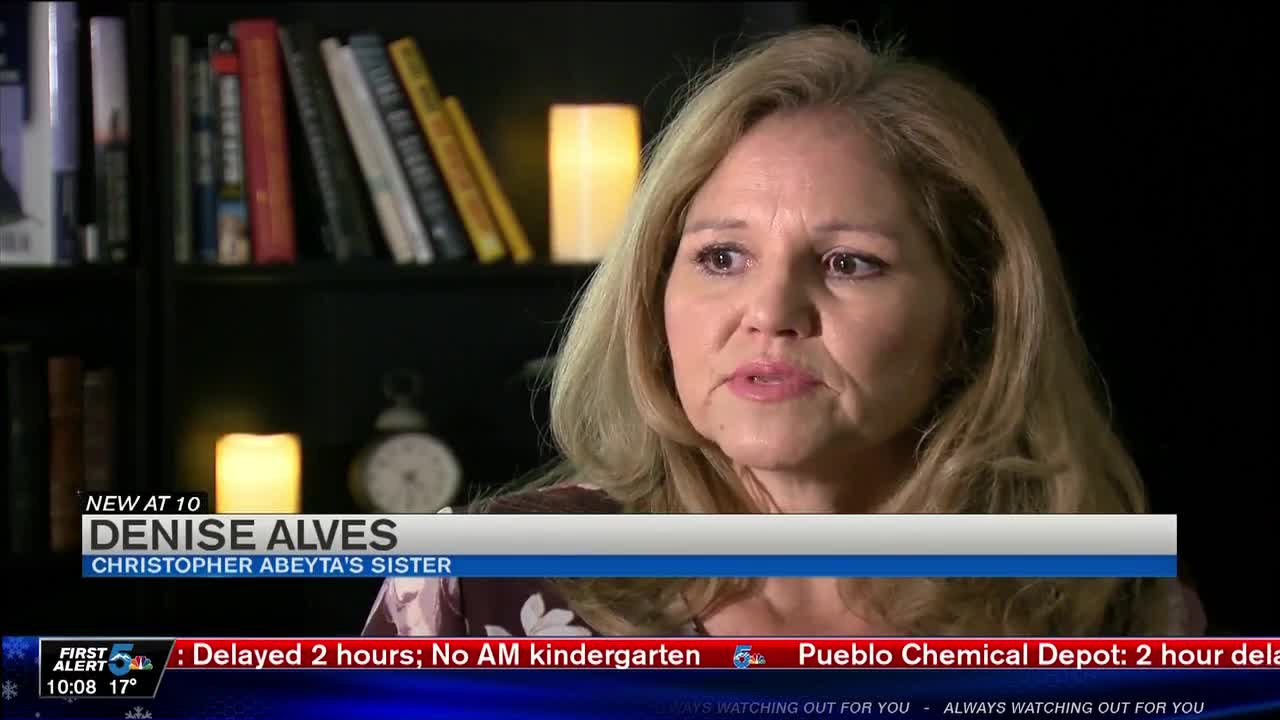 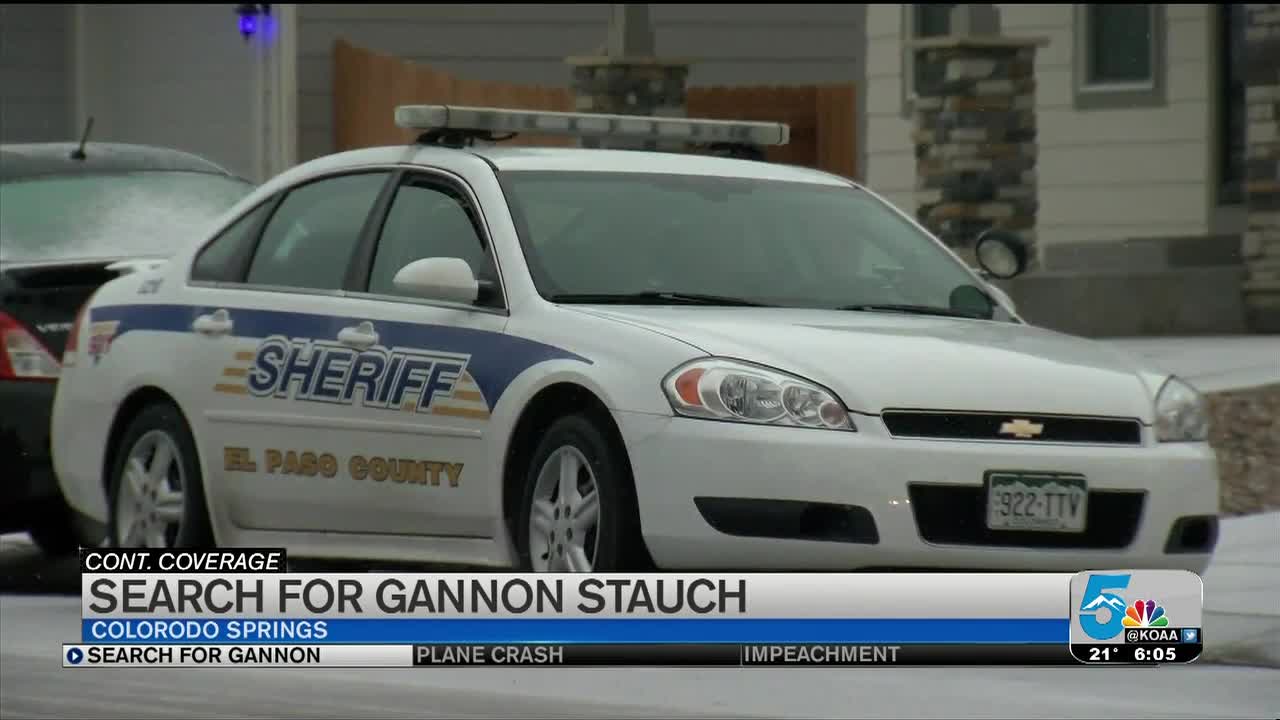 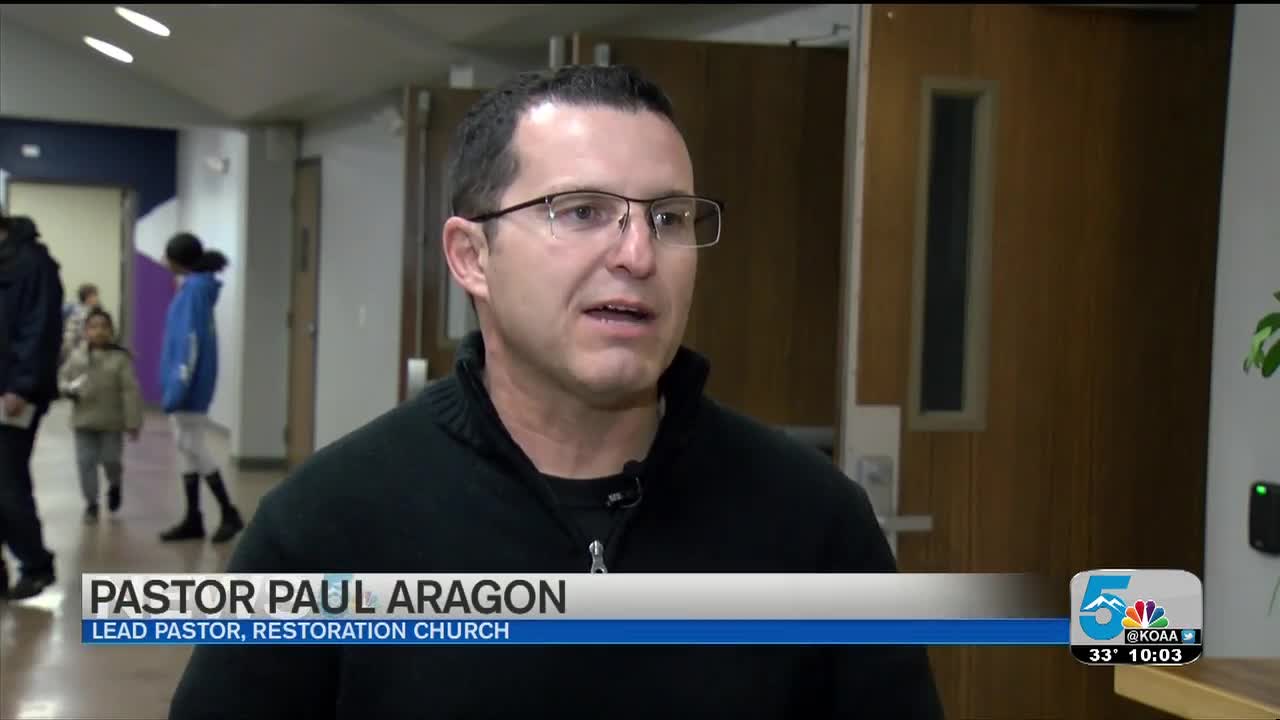 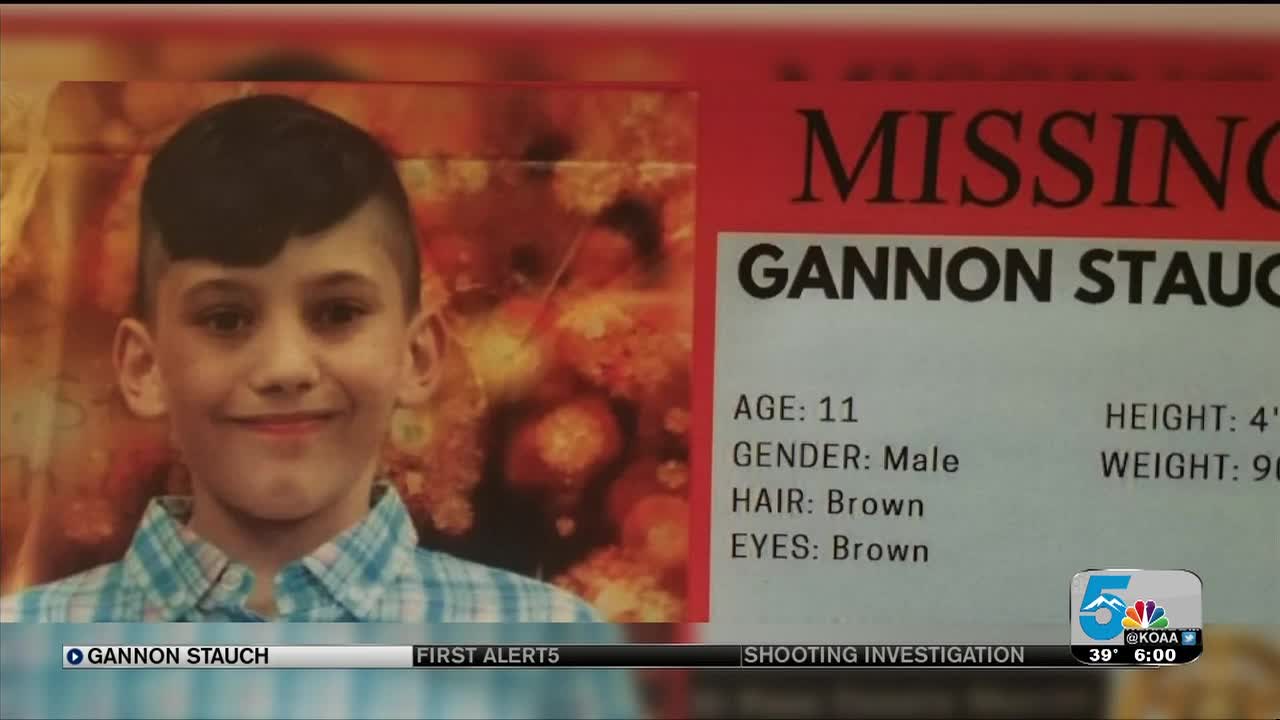 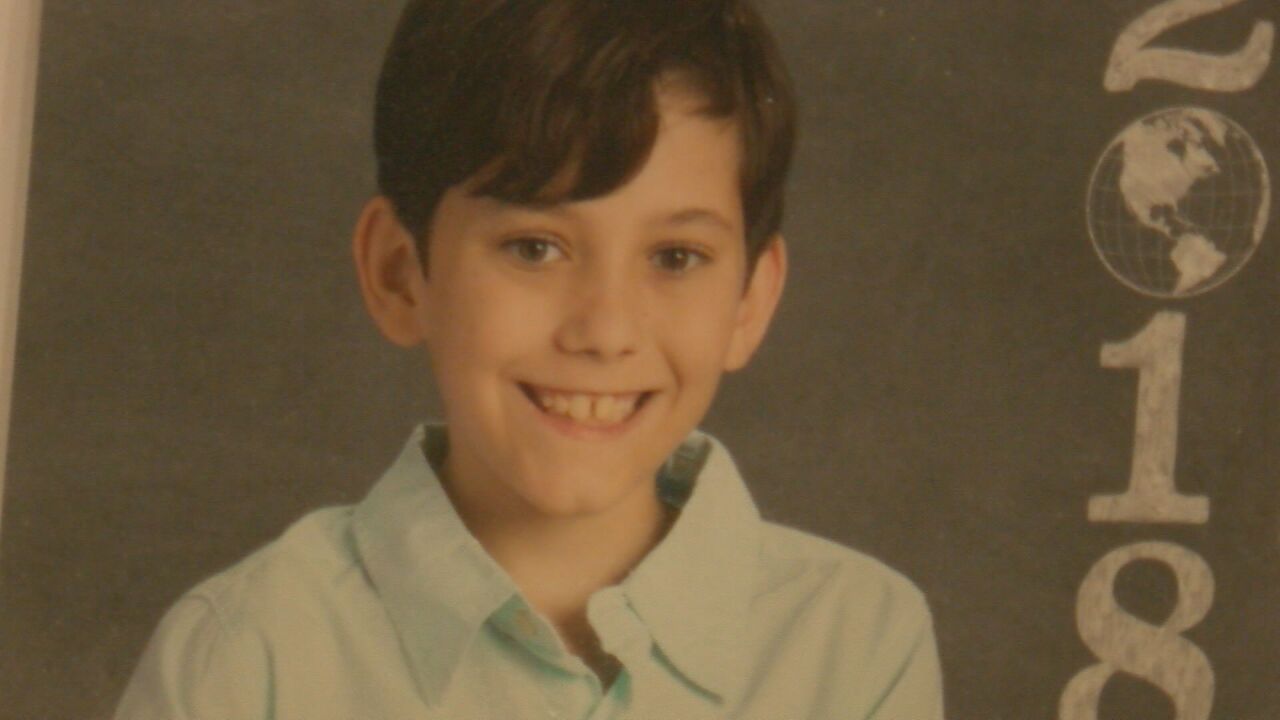 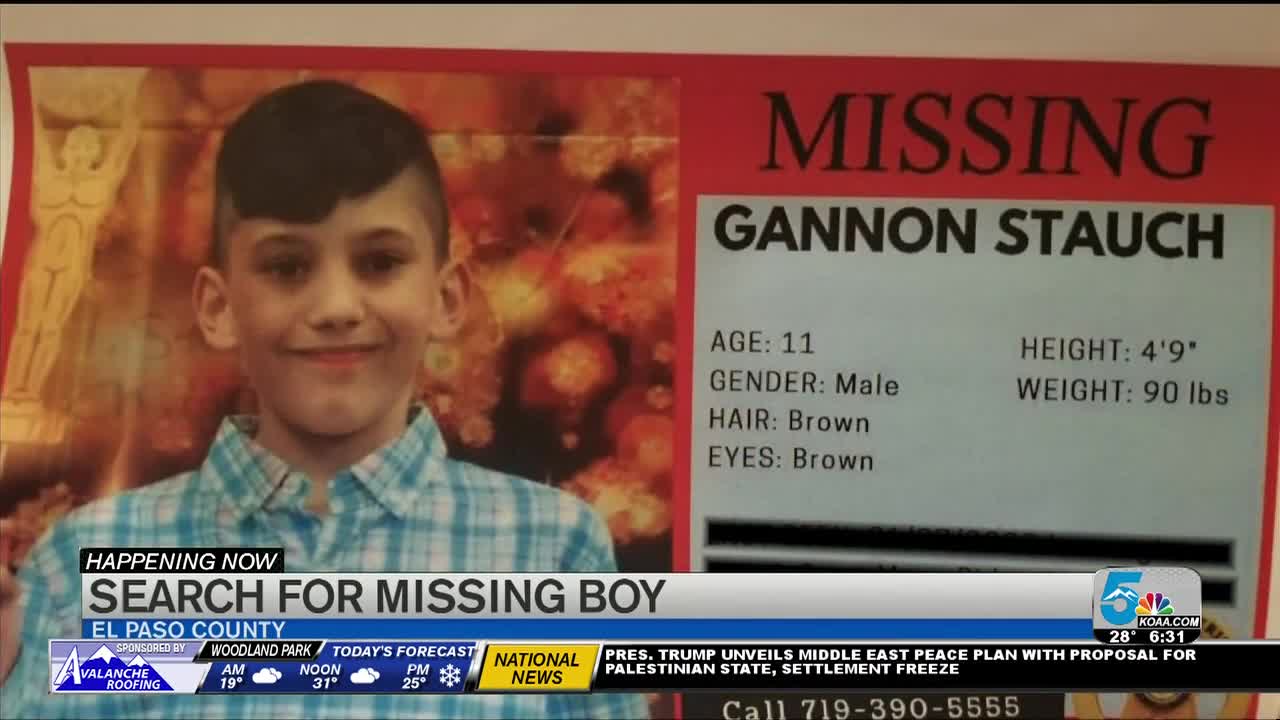 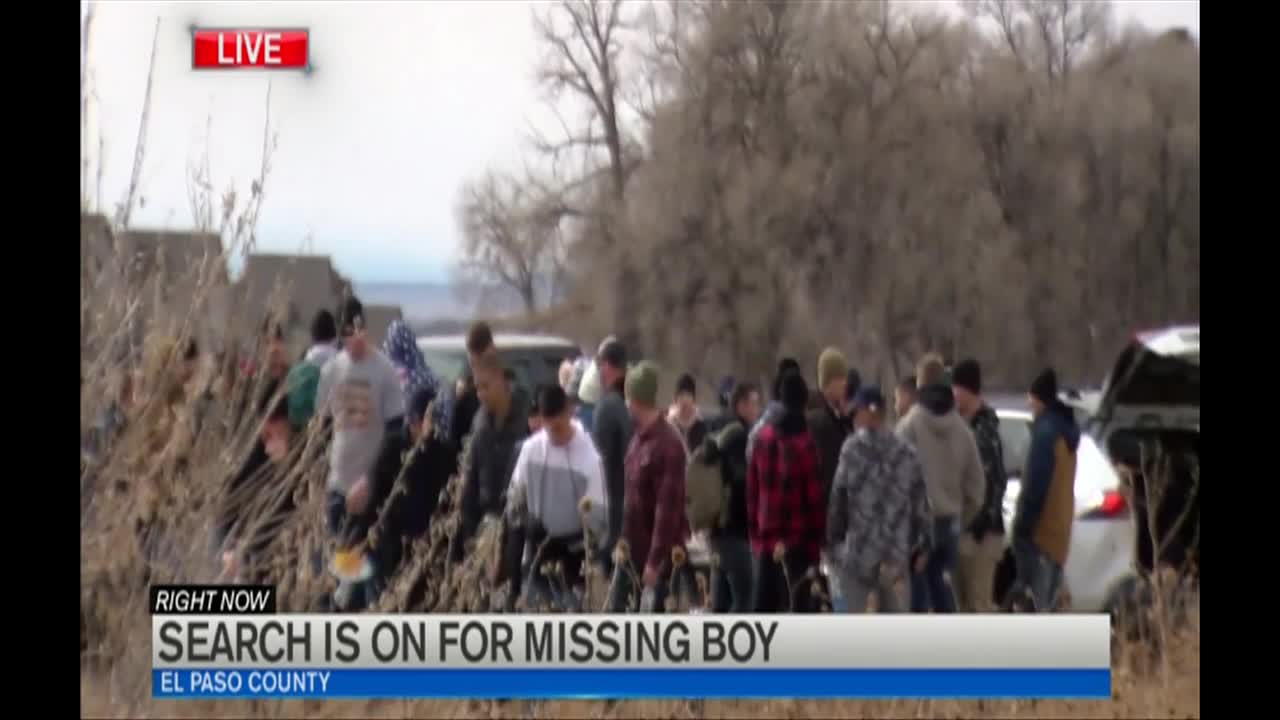 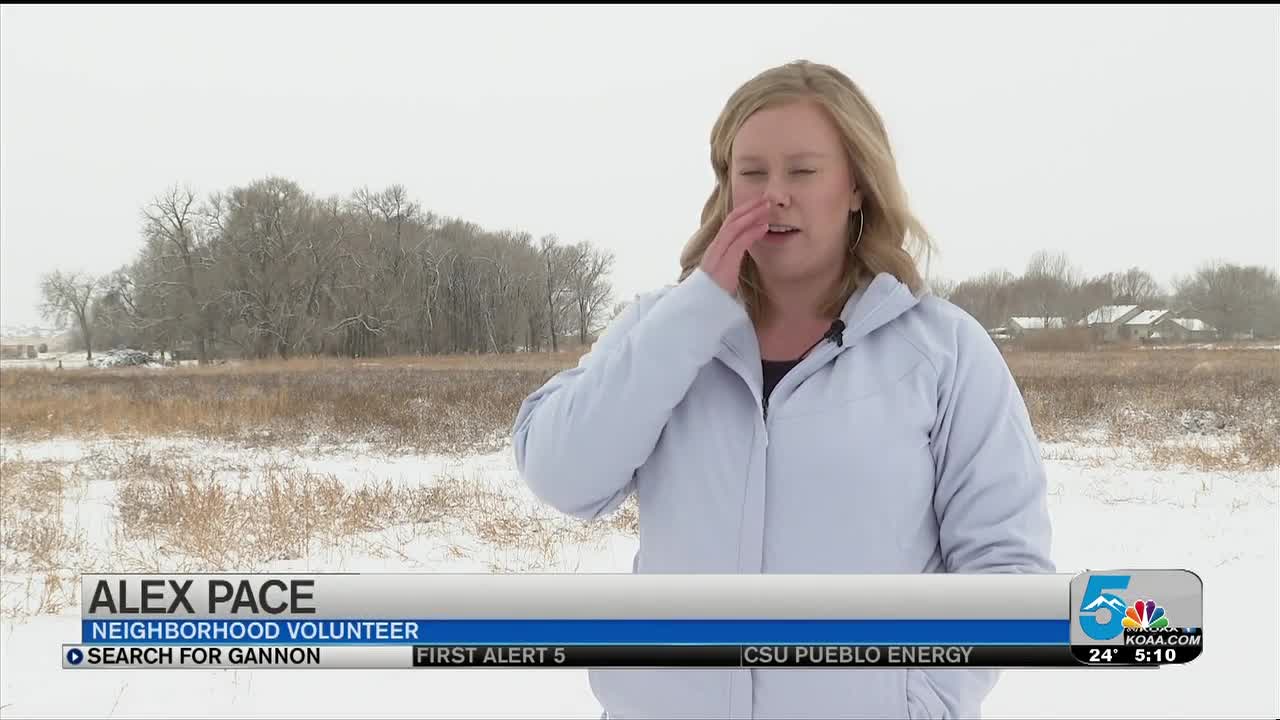 Crews are also searching other areas, but the 35-acre area is the biggest one currently underway.

Search crews included k-9 units, and crews from Jefferson County, Douglas County, and El Paso County, as well as some searchers on horseback, among others. The sheriff's office said it still hopes to find Gannon alive and will be searching both public and private property.

Search crews are expanding their search for 11-year-old Gannon Stauch, who has been missing for more than two weeks. The El Paso County Sheriff's Office gave News5 an update Feb. 12 that crews are now looking for him in northern El Paso County and southern Douglas County.

"We live in a very good community where when tragedy happens we ban together," said Jacqueline Kirby, public information officer for the El Paso County Sheriff's Office. "We are not at a point right yet where we need citizen volunteers I still have that database ready to go as soon as detectives tell me that's the need."

As local law enforcement and several other agencies are keeping up the search to find Gannon, the community held a candlelit prayer event Feb. 8, hoping for his safe return. The family attended the event as well, and was overcome with emotion.

It was at the empty field on the corner of Fontaine and Carriage Meadows in Gannon's neighborhood in Lorson Ranch. The event was a time of prayer and a chance for the community to gather together with food and drinks. Any money raised from the event will be donated to the Stauch family. They also handed out more blue ribbons and lights for people to display.

"I think we're all kind of feeling like the heaviness of all of this and the sadness, but we're all coming together and really showing our support with the blue lights and coming to these events, and just helping out in any way that we can," said Alex Pace, a neighborhood volunteer.

News5 also spoke with one woman who said she lives next door to the Stauch family and knows Gannon.

"I actually got to be around him, to know the loving child that he actually is, and again, being a parent, you couldn't even imagine going through something as tragic as this right now," Mathelda Warren said.

One of the people who helped organize the event by arranging the food donations said she hopes the event shows the family they are loved.

"The best part that has come out of this is everyone showing how much they care and how much they can support someone in the community that they don't even know. And I think that that's something to hold on to, to see that there's still hope, that people do care," Axisa Chavez said.

If you have any credible information about where Gannon might be, please call the sheriff's tip line at 719-520-6666. Do not take it to social media.

The search for missing 11-year-old Gannon Stauch continued Feb. 6 as groups of volunteers spread out southeast of Colorado Springs. The area saw a good snowfall in the area as well as temperatures near zero degrees during the 48 hours before the search, so this was the best opportunity for groups to fan across across the area for any sign of the boy before snow returned.

The El Paso County Sheriff's Office says crews were out near Big Johnson Reservoir next to Powers Boulevard south of the Colorado Springs Airport using new equipment to continue the search.

According to a tweet from the Sheriff's Office, search crews used a submersible remotely operated vehicle to search bodies of water.

Mynatt said neighbors will see crime lab techs return to the home in the Lorson Ranch neighborhood as they work to gather more evidence in the investigation that may help any search efforts. She confirms the case is still considered a missing and endangered persons investigation. Multiple agencies, including Fremont County Search and Rescue and Douglas County Search and Rescue are assisting in this effort. According to Mynatt, the Sheriff's Office is also using the resources from a 500 member strong volunteer community.

News5 also spoke with the Emergency Incident Support Group, which makes sure the volunteers have what they need to continue the search.

"We call them the heroes, and they call us the heroes for feeding them and keeping them well fed and watered," said Gary Nelson, the treasurer of the Emergency Incident Support Group.

Whether or not the people there were out searching, or helping those volunteers, they all have the same mission.

"Gannon, if you're watching this, you just have to know that the hearts of minds of the people in this community are there looking for you. Come back home soon," Nelson said.

The past nine days have been filled with support from the community and Hiott says the neighborhood is a "true example" of who Gannon is.

"Everybody coming together, all the smiles that people have, this is why I have hope," she said. "Because I feel it. This is Gannon truly speaking to our community."

And while there is support, Al Stauch describes the past eight days as a rollercoaster of emotion.

"Sometimes we jump for joy because we get information that we think might be a break in the case and then the next minute we see something or get information that just breaks our heart into a million pieces again," he said. "But through all this, just know that your thoughts and your prayers and your messages, keep them coming because even if we don't respond we are receiving them and that has given us strength to get through this."

Gannon's mother begged for the community to call the Sheriff's Office with any information that can help bring their son home.

"If you have anything that's credible, if you're afraid, don't worry about it. Imagine my son, imagine how afraid he is, imagine how afraid Gannon is. So please call, please write. If you need someone else to do it for you, please do because my son deserves to be here," Hiott said.

This video statement released by the county comes one day after an interview at the El Paso County Sheriff's Office where Sgt. Deborah Mynatt refused to answer questions about a video investigators received from a neighbor Monday. She repeated concerns that releasing the video to the public could compromise the investigation. She is asking for anyone in the area to provide footage to investigators.

A neighbor told News5 the video he turned over to investigators Monday is a key piece of evidence. He says it shows Letecia Stauch, Gannon's stepmother, getting into a vehicle with the boy on Jan. 27, the day he was reported missing. The video later shows Letecia returning home without Gannon.

The Sheriff's Office and crime lab techs were collecting evidence from the Stauch home, but there is no word on whether investigators had a search warrant or if there was something specific they were focusing on. No further information about the activity at the house has been released by the El Paso County Sheriff's Office.

EPCSO said they have received 231 tips so far and that the Crime Lab Unit will continue to collect evidence from the Stauch house for the next few days. A News5 crew went to the family's home Wednesday and saw District Attorney Dan May. The Sheriff's Office said that May being at the home does not mean the search efforts are changing.

"The thought of your child being missing, not knowing where they may be, is torture for any parent. And Gannon's family, Gannon's parents are living every parent's worst nightmare," Kirby said.

The investigation so far

Gannon has now been missing for two weeks since his stepmother said he left their home in the Lorson Ranch neighborhood off of Marksheffel Road in Security, Colorado. The El Paso County Sheriff's Office said Letecia told authorities he was headed to a friend's house down the street. He was last seen wearing a blue jacket and jeans. He is 4'9" and weighs 90 pounds.

Authorities were treating Gannon as a runaway until Thursday when the status changed to Missing and Endangered based upon the length of time and medications he needs. The change also brings in additional resources from the National Center for Missing and Exploited Children, the Federal Bureau of Investigation, and other agencies.

Investigators have received more than 300 tips in this case. They are searching specific areas based on information gathered so far. Investigators want to interview everyone in the neighborhood in the hopes of finding a thread to follow in this case.

As rumors have run rampant on social media, authorities have asked people to not take any stock in or share this false information that could cause problems in the investigation as people call in tips based on bad information.

News5 spoke with Al Stauch who explained he was out of town over the weekend for training with the National Guard. He says his wife knew something was wrong when Gannon did not come home after several hours.

"We kind of do the street light rule. When the street lights come on or it gets dark, they better be home and it was like maybe 30 minutes past that. Started to worry at that point. Then I started texting all the friends that we know he goes to and nobody had seen him," Stauch said.

He said Gannon didn't let them know what friend's house he was going to in the neighborhood and that this was "unlike him so that's why we're obviously really concerned." Eventually, the police were called. "Once we went through that whole checklist it's like, you know, where could he be?" Stauch said.

Gannon's parents, who are divorced, came together at a press conference Jan. 30 to ask for continued assistance in bringing their son home safe.

"It's so hard just to think why is this happening to him. Gannon, bubba, little man, mommy's hero, wherever you're at, mommy and daddy's here and we're begging and pleading for you to come home," Gannon's mother Landen Hiott said. She traveled from Oklahoma to beg for help from the public. "I'm begging bring my baby home. My kid deserves to come home. My kid has a purpose. My kid has a life. I'm begging, I'm pleading, if anybody has any type of lead put yourself in my situation, ask yourself what would you do?"

Al Stauch thanked the community for the overwhelming support. "I came out my front door, I think it was Tuesday, and there were 300 people out there searching my neighborhood. They blew me away. Thank you everyone," he said. "Gannon. Daddy loves you so much. Please come home."

A community comes together

People across the community have spent time searching the area around the family's home. Now, the Sheriff's Office is accepting applications for volunteers to make this a better coordinated process. A link to apply is available on the sheriff's office website.

As mentioned, the National Center for Missing and Exploited Children is assisting in this case. Learn more about all 73 children from Colorado currently being sought with the help of the center, click here.