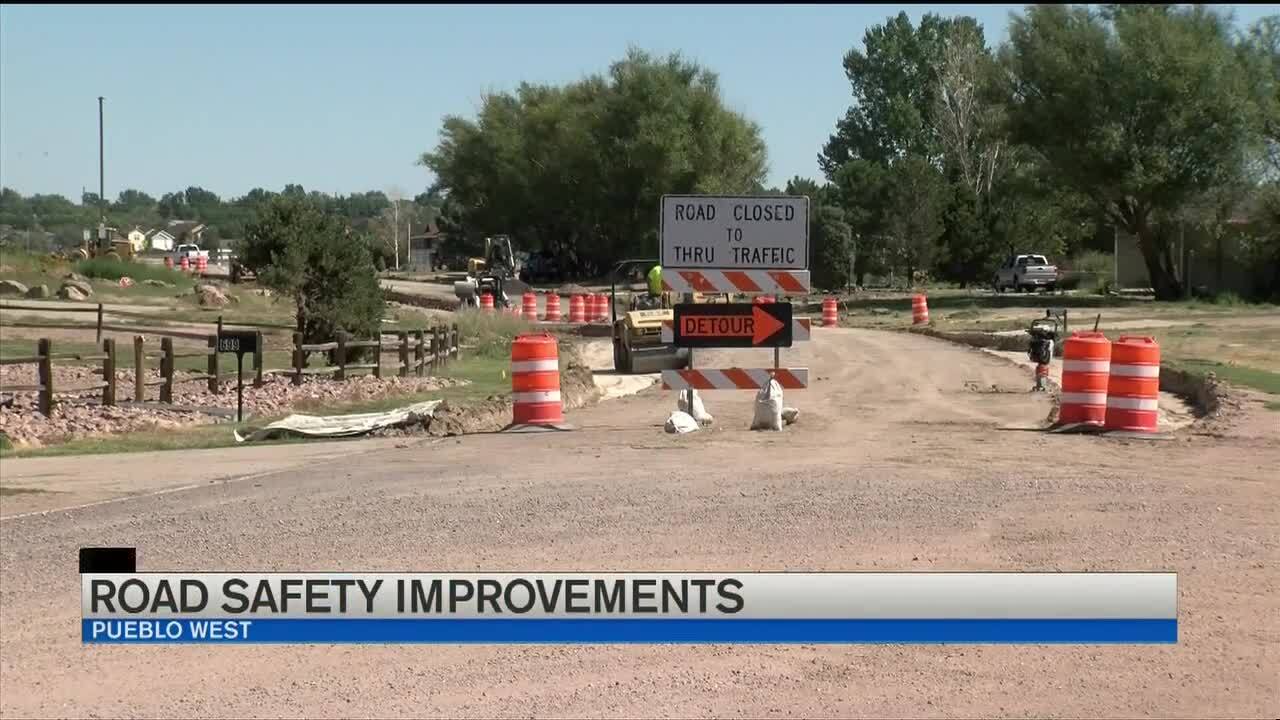 PUEBLO WEST — People who use the road in front of Pueblo West High School can now expect a safer street.

The Pueblo West Metro District received more than $1 million from the High-Risk Rural Roads Grant to improve Capistrano Ave., which is right in front of the high school. The money is being used to expand the road and create a roundabout nearby.

"This is huge because it does make it a lot of safer to get into Pueblo West High School by having those designated turn lanes," said Samantha Dosen with the Pueblo West Metro District.