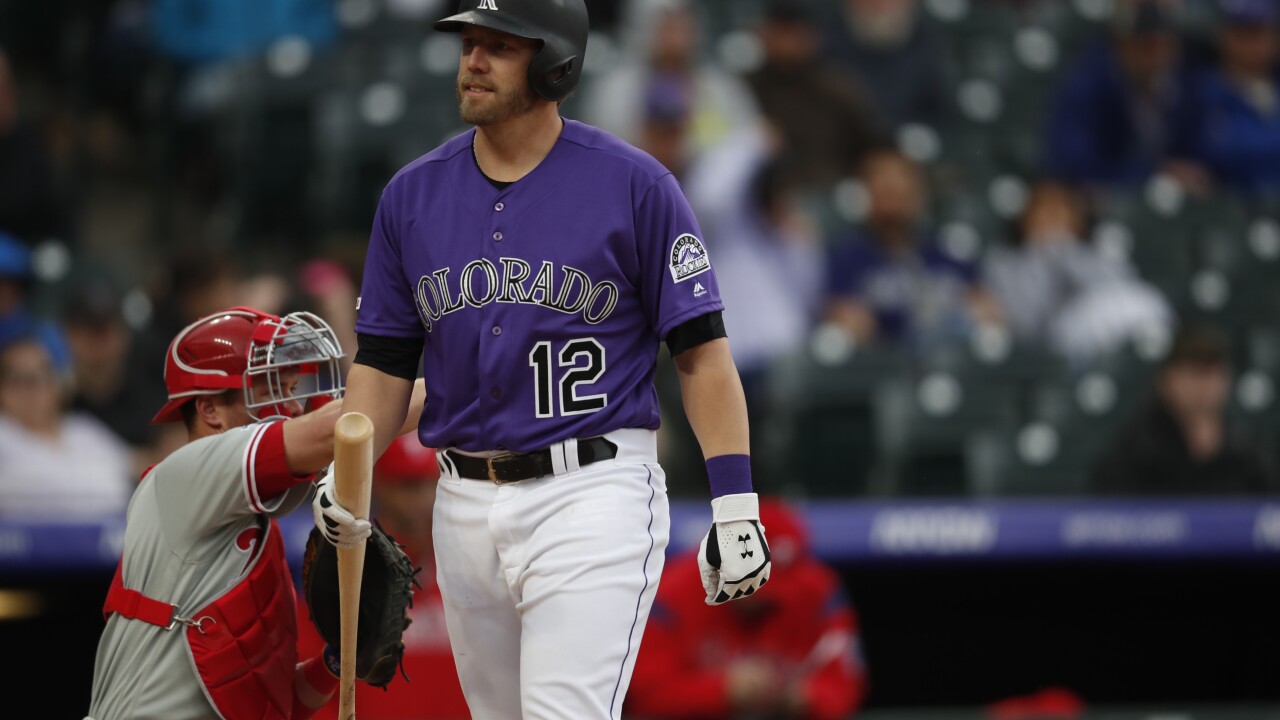 NEW YORK (AP) — Mark Reynolds was cut by the Colorado Rockies two home runs shy of 300 after hitting .170 with four homers and 20 RBIs in limited at-bats.

The 35-year-old infielder returned for his second stint with the Rockies in March, agreeing to a $1 million, one-year deal. He had just 135 at-bats in 78 games and was designated for assignment on Sunday in a flurry of roster moves by Colorado, which had lost 13 of its past 15 games.

A 13-year veteran, Reynolds said he will return home to assess whether or not he’d attempt to continue his playing career. He was a key member of Colorado’s 2017 wild-card team, hitting 30 homers with 97 RBIs to guide the Rockies to the first postseason appearance in eight seasons.