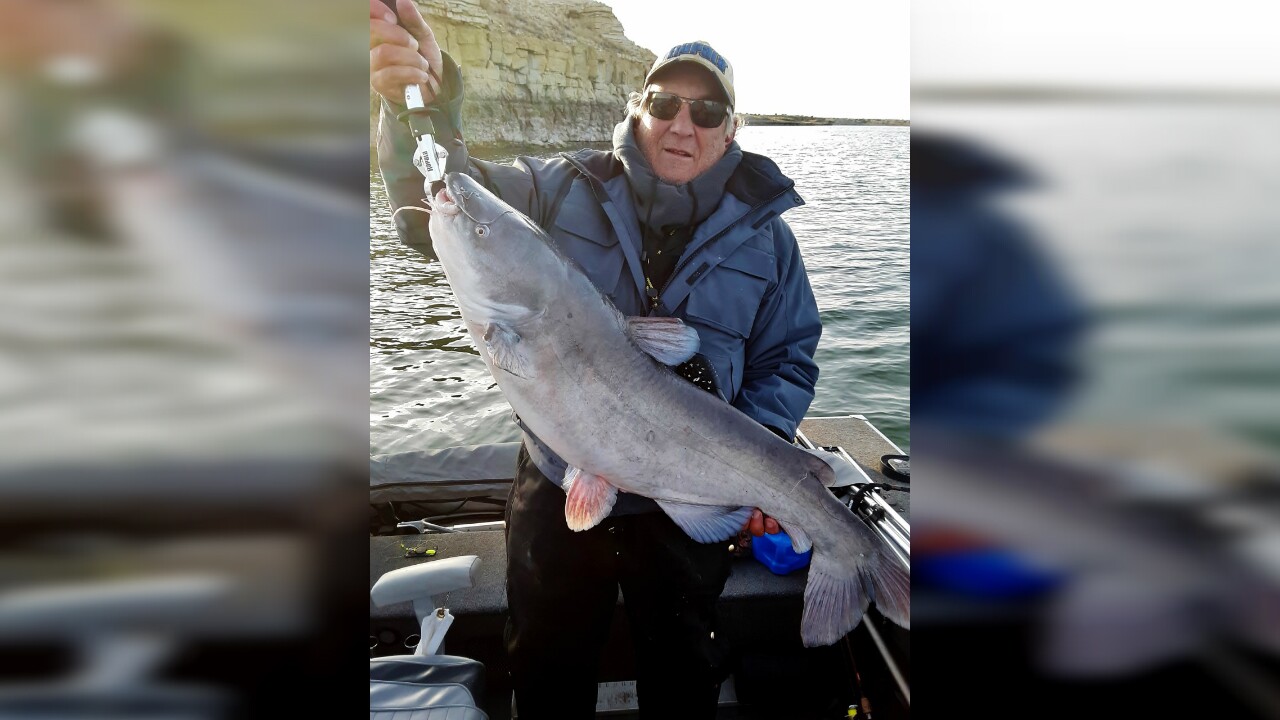 PUEBLO — Randy Stillwell, 66 from Pueblo West, was jigging for crappie Sunday afternoon at Lake Pueblo State Park, but reeled in something much bigger.

What had been a slow fishing day jumped to heart-pounding as he spent the next 30 minutes reeling in a record-setting blue catfish.

With the help of his fishing buddy Bill Shumaker, Stillwell reeled in and netted the monster fish.

Stillwell fishes at Lake Pueblo up to five days a week and knows it well.

Shumaker declared the catch a state record as soon as the pair got it into the boat, so they weighed and photographed it, then tried to release it back in the lake.

“But he just didn’t want to go,” Stillwell said. “It was a thrill catching him. But I didn’t care about the record. I would have been happy to let him go and let someone else catch him.”

After trying to revive and release the catfish, they took the fish to be officially weighed.

CPW Senior Aquatic Biologist Josh Nehring said Lake Pueblo is producing large catfish of several species, and there have been other record catfish taken from the lake in he past.

Nehring said it shows CPW's stocking efforts are working, and serves as proof of the quality of fishing at Lake Pueblo. “There are big fish to be caught in Lake Pueblo and all our reservoirs year-round,” Nehring said.

CPW tracks fish records by weight in 46 different species categories. Potential record-holders must have a valid Colorado fishing license or be under the age of 18.

To be considered for the state record fish by weight category, a fish must be weighed on a state-certified scale and a weight receipt must be signed by a witness.