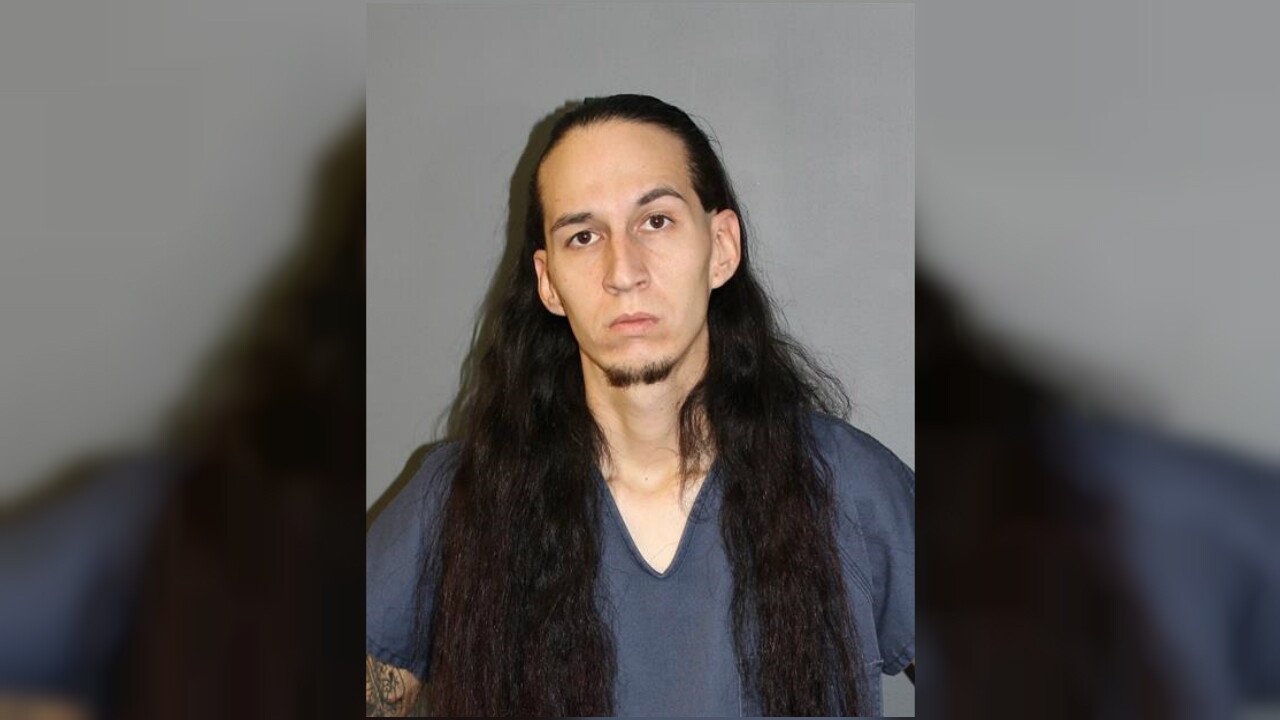 Stefan Arellano is wanted for his alleged role in an armed robbery in Pueblo.

PUEBLO COUNTY — A suspect involved in the attempted armed robbery of a Dollar Tree store in Pueblo West has been arrested by the Pueblo County Sheriff's Office.

Deputies have been looking for 26-year-old Stefan Arellano who turned himself in around 9 p.m. Thursday. He was arrested on warrant for two counts of aggravated robbery.

On Aug. 28, PCSO said deputies responded to the Dollar Tree at 1024 N. Market Plaza after employees reported a man with a red bandanna covering his face threatened them with a knife and demanded money. The employees refused to give the man any money and he left the store.

He was seen leaving the area in a white pickup truck with a white topper over the bed.

According to the Sheriff's Office, detectives later located the vehicle on the east side of Pueblo and found evidence related to the attempted robbery.

The office said he may also be connected to at least two other armed robberies that happened in Pueblo in late August.