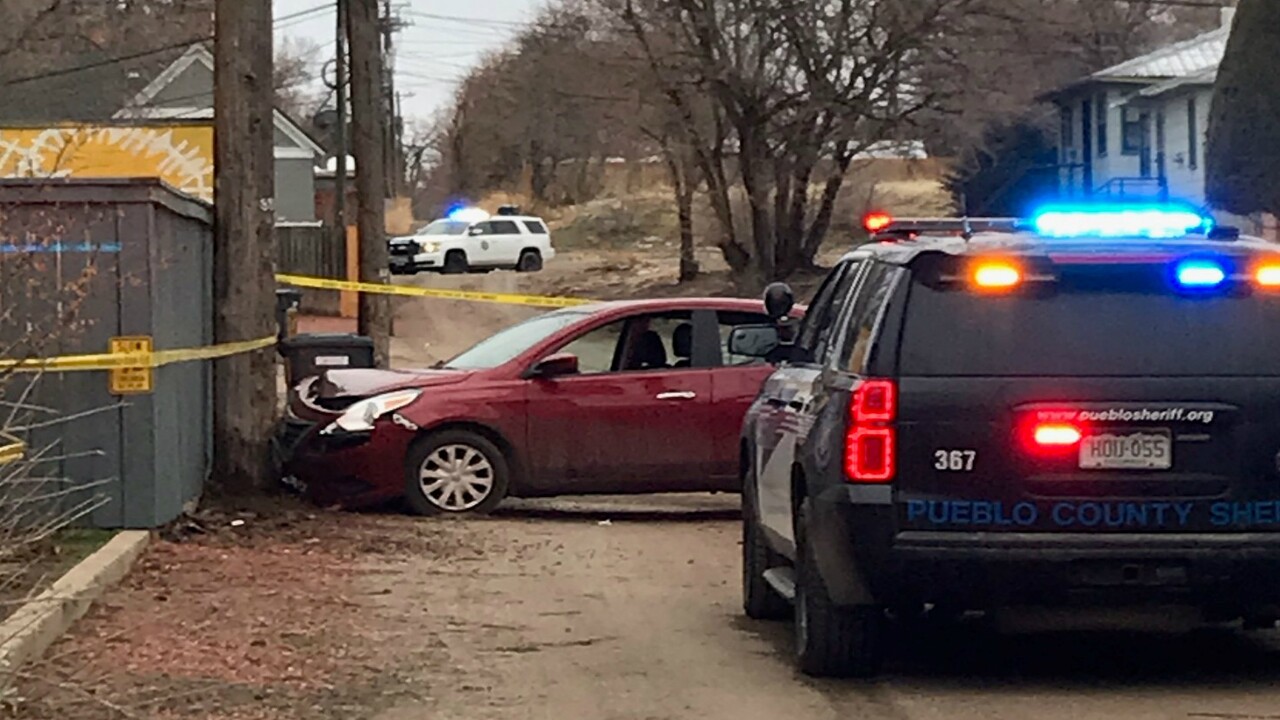 PCSO
The stolen vehicle crashed in the alley between Colorado Ave. and Quincy Street. 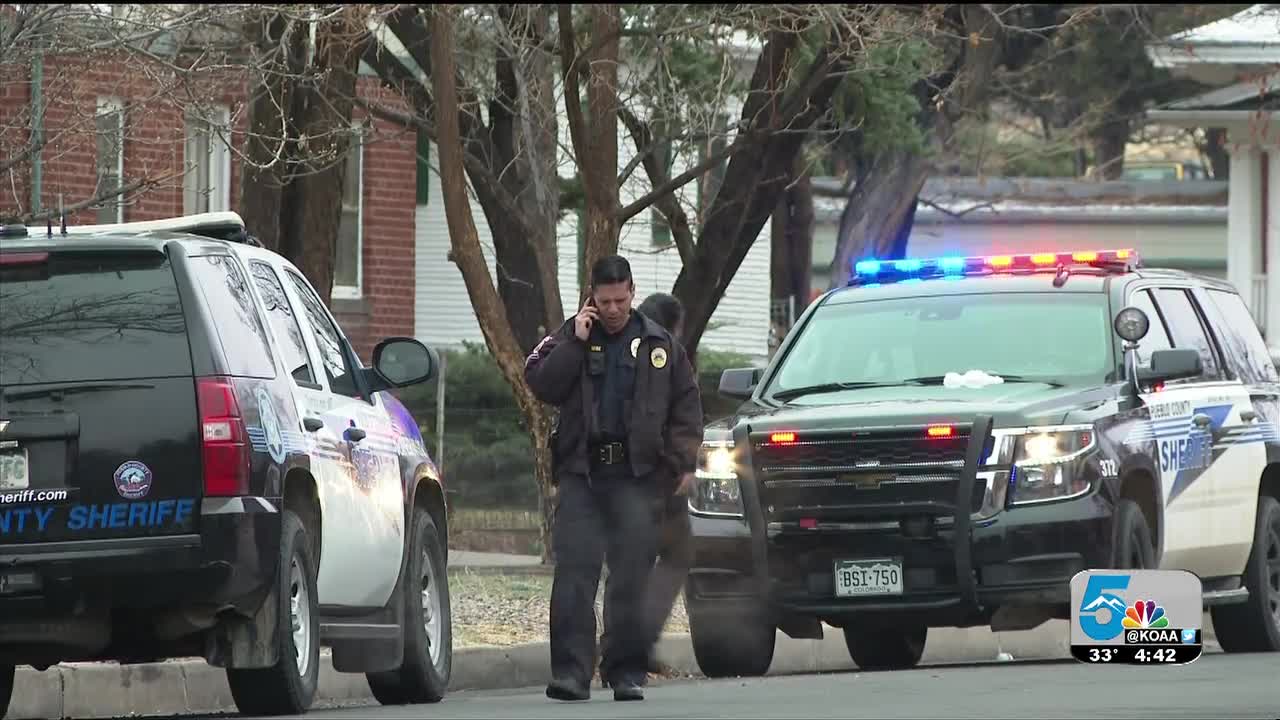 PUEBLO — The Pueblo County Sheriff's Office announced Saturday morning that the pursuit of a carjacking suspect in Pueblo has ended with a fatal officer-involved shooting.

No law enforcement officers were injured in the incident.

While the carjacking was being investigated, a sheriff's deputy saw a vehicle that matched the stolen vehicle's description on 4th Street and attempted to make a traffic stop. A brief pursuit was initiated but was ended as the suspect was driving recklessly and at a high rate of speed, the Sheriff's Office said.

A short time later, Pueblo Police officers and sheriff's deputies located the vehicle in an alley between Colorado Ave. and Quincy Street, where it had crashed into a light pole.

The Sheriff's Office said the suspect, who was seen carrying a gun, got out of the vehicle and began running down the alley. Deputies and officers pursued.

The suspect then advanced toward deputies with a gun in his hand and shots were fired by a deputy, according to the Sheriff's Office. The suspect was pronounced dead at the scene.

The Sheriff's Office said the deputy has been placed on administrative leave and will not be identified at this time. The identity of the suspect is not being released at this time either.