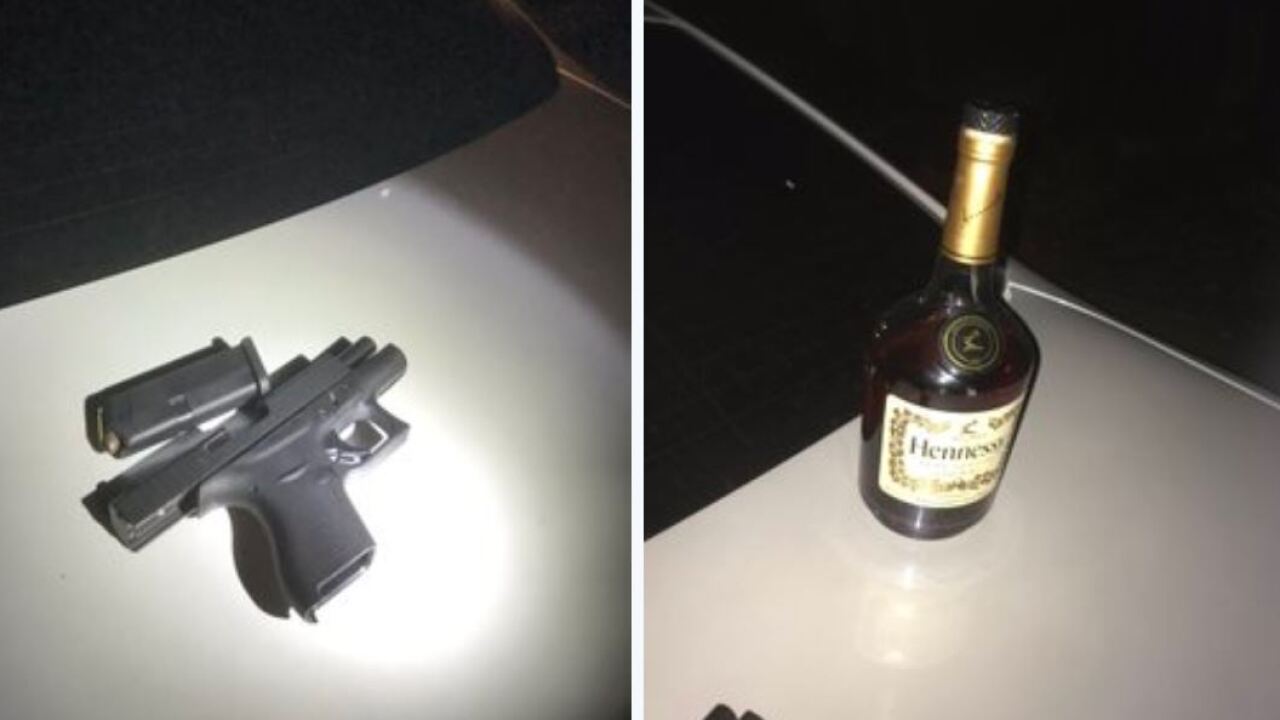 Pueblo PD
The gun and liquor bottle seized from the man&#39;s vehicle.

PUEBLO — Pueblo Police arrested a man late Friday night for allegedly driving around and firing a gun from a vehicle.

According to Pueblo PD, residents in the area of E. 1st St, around Glendale and Fountain, reported a car was driving around the area and shots were being fired from it.

PPD said officers arrived in the area and saw a man on Fountain standing outside of a car with a pistol. Upon seeing the officers, the man tossed the gun into the car.

The man was taken into custody and officers found spent shell casings in the street that matched the caliber of the pistol.

PPD said the pistol and a bottle of liquor were in plain view and were seized by officers.

The man refused to make a statement or give consent to search the car, so according to Pueblo PD, the vehicle was towed and a search warrant for it will be pursued.