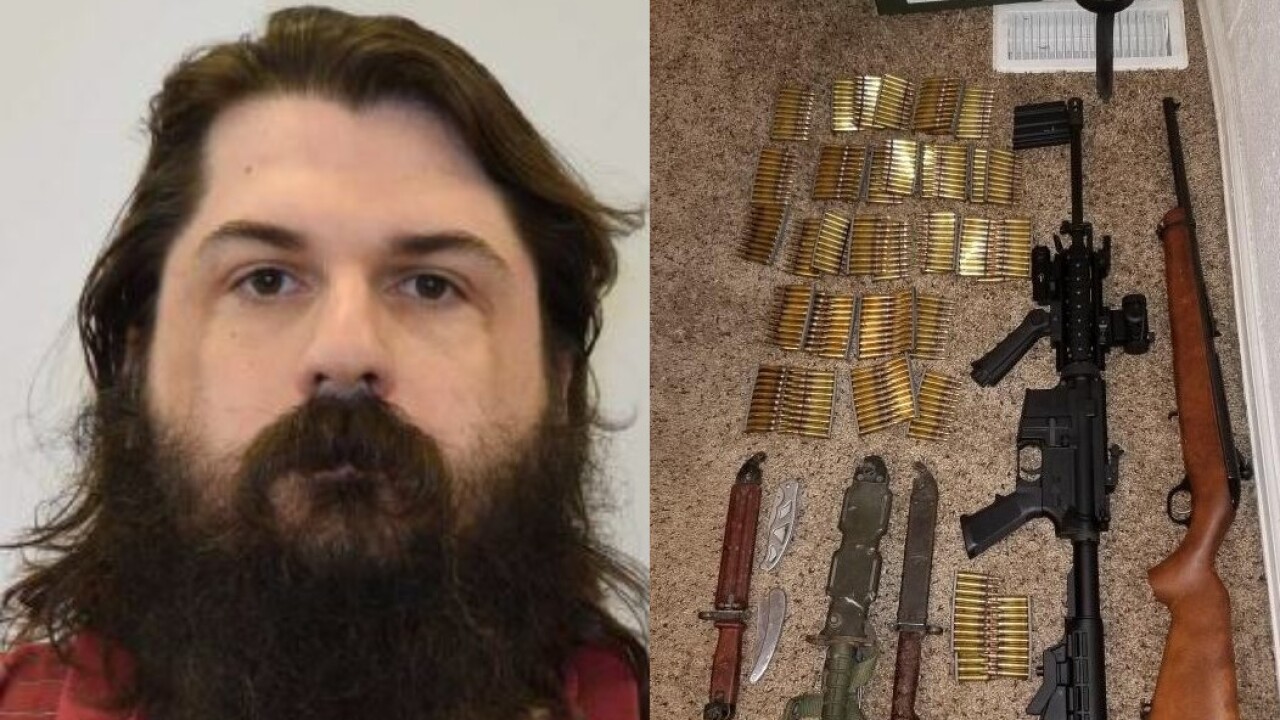 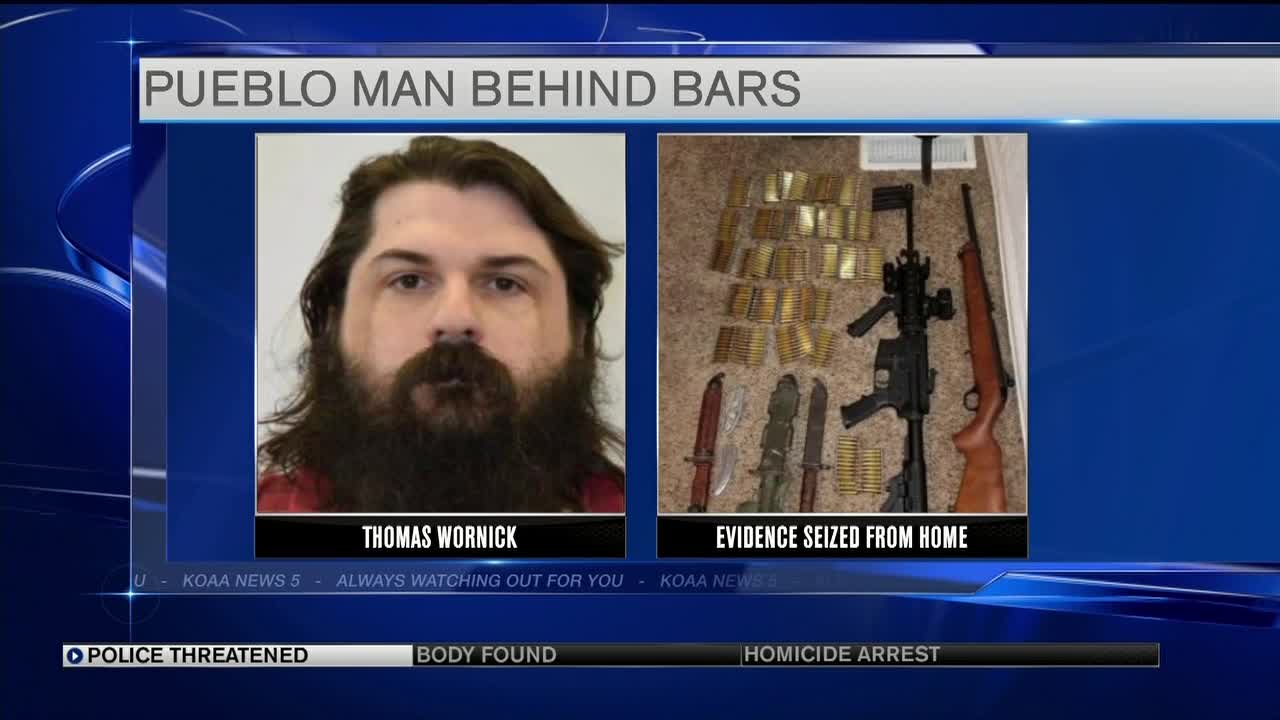 A Pueblo man is in the custody of the Pueblo County Sheriff's Office on charges of harassment and obstruction of government operations after law enforcement say he made threats against police and government officials.

37-year-old Thomas Wornick was arrested on Fort Carson by the FBI, Pueblo Police and military police.

According to the sheriff's office, Wornick identified himself as a disabled veteran and made several threats via email towards defense lawyers, businesses and others, including Pueblo County Sheriff's deputies.

“The email was a direct threat to the Pueblo County Sheriff’s Office which we immediately began investigating,” said Pueblo County Sheriff Kirk M. Taylor. “This was great work by our detectives in quickly locating and arresting this suspect before he could act upon the threats.”

Detectives who conducted a search of Wornick's home in Pueblo on Monday night seized a semi-automatic rifle, ammunition and knives.

Details on where the suspect was arrested on Fort Carson are not available at this time.