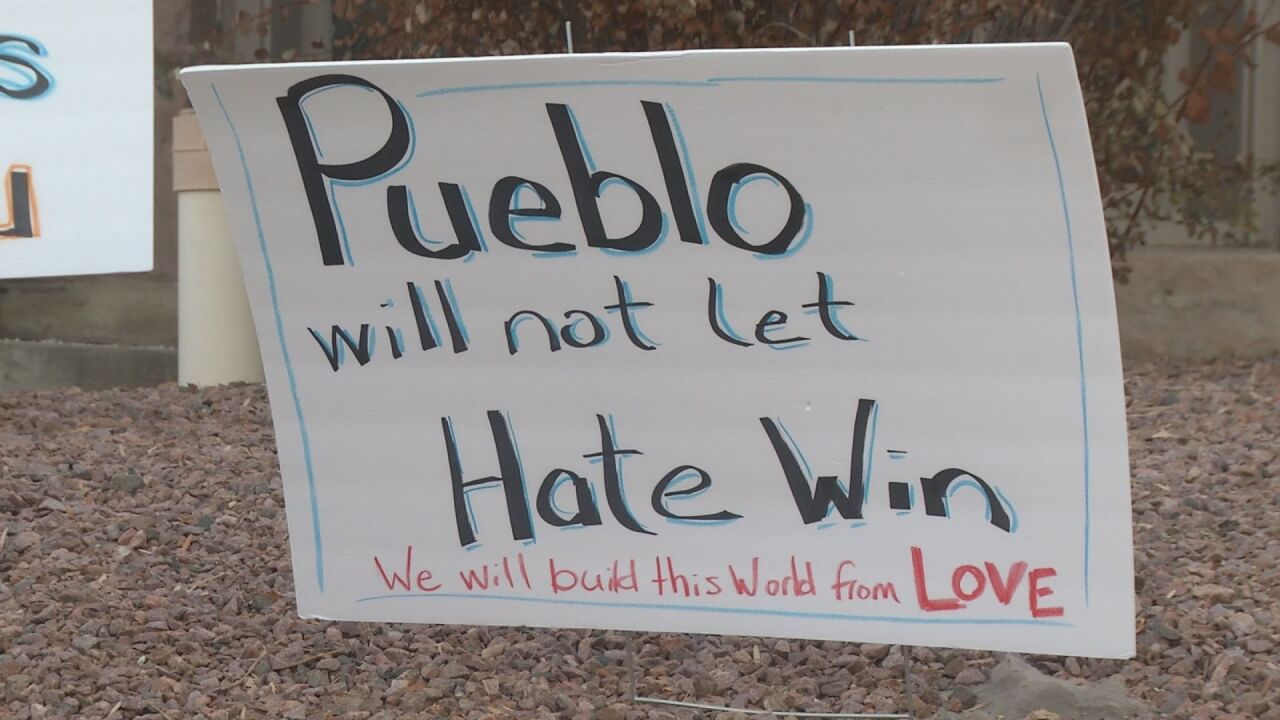 Copyright 2019 Scripps Media, Inc. All rights reserved. This material may not be published, broadcast, rewritten, or redistributed.
Colette Bordelon
A sign outside of Temple Emanuel, the synagogue the FBI says was the target of a terrorist plot. 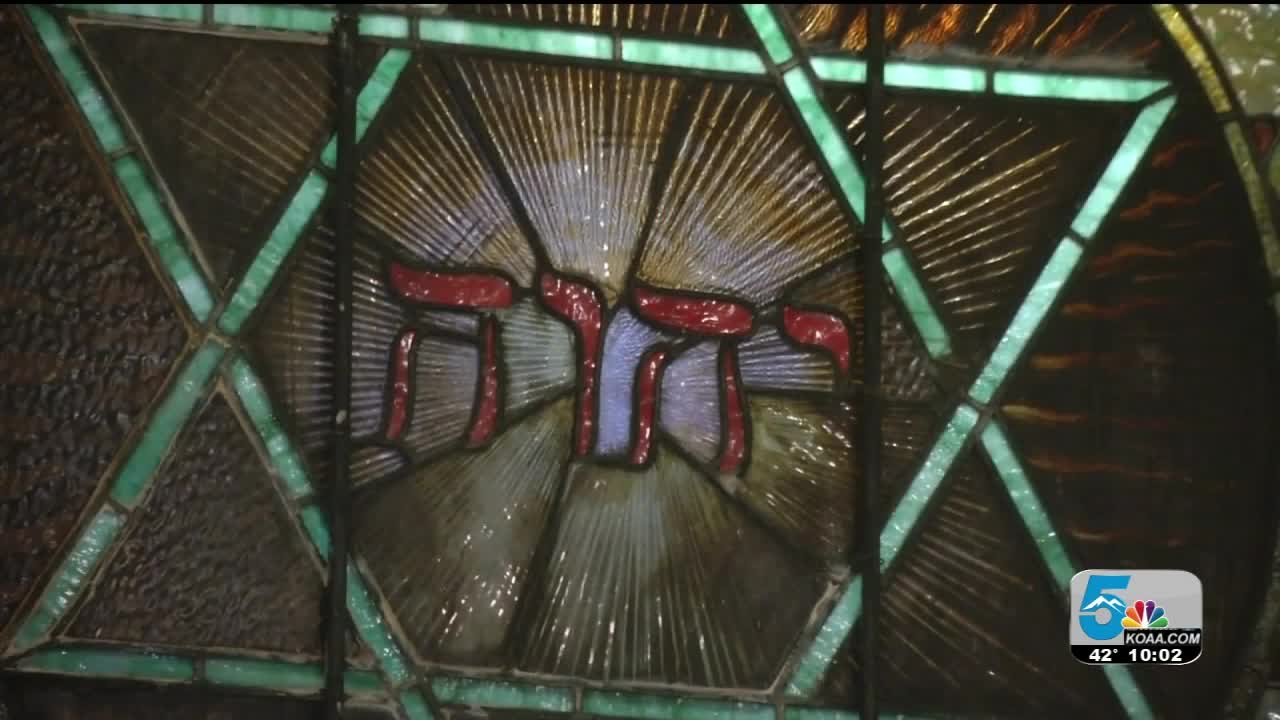 PUEBLO — A message of solidarity from Pueblo on Friday evening, with the community turning what the FBI calls a terrorist plot into an opportunity to come together. Hundreds of people, of all denominations, turned out at the Temple Emanuel Synagogue for their Shabbat service with the same message: hatred does not belong in Pueblo.

The Board President of the synagogue, Michael Atlas-Acuna, said they have around 35 families in their congregation. For Friday's Shabbat service, he estimated there were over 200 people there. "Brings us all together, but also, it's bringing the whole community together and I think that's even greater," said Atlas-Acuna.

After the FBI said they thwarted the terrorist plot, the synagogue said they will add infrared cameras to the exterior of the building, in addition to security guards. "Wake everybody up and to realize that threat is out there, and to bring everybody together, and I think the whole community is going to be that much more alert," said Atlas-Acuna.

During the service, the rabbi referred to the law enforcement who says they stopped this crime as angels. "Thank the police department and the FBI, and that was the first thing that came to mind, because this wouldn't be here if they hadn't done what they do," said Atlas-Acuna.

He also said they have raised around $3,000 to pay for the security upgrades. A link to their GoFundMe can be found here.