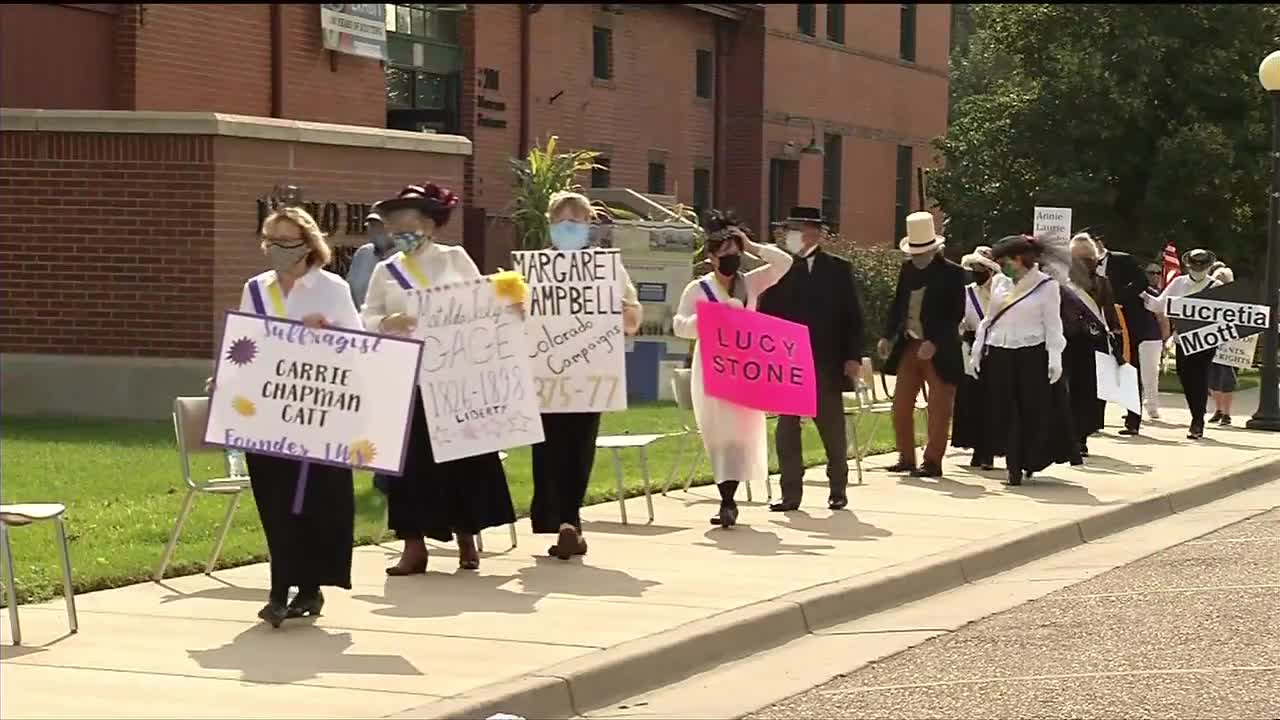 100 years of women's suffrage was celebrated Saturday in Pueblo.

PUEBLO — 100 years of women's suffrage was celebrated Saturday in Pueblo.

The Pueblo Heritage Museum teamed up with Women's Suffrage Centennial of Southern Colorado for a drive-by parade to honor those who fought for women's right to vote and to urge more people to vote every election day.

Some volunteers dressed in period clothing and held signs representing the movement.

Some are direct descendants of key figures involved in the movement in Colorado.

"This was a hard-fought battle that Americans take for granted," Louise Ewing Burg, granddaughter of Lucy Ewing said.