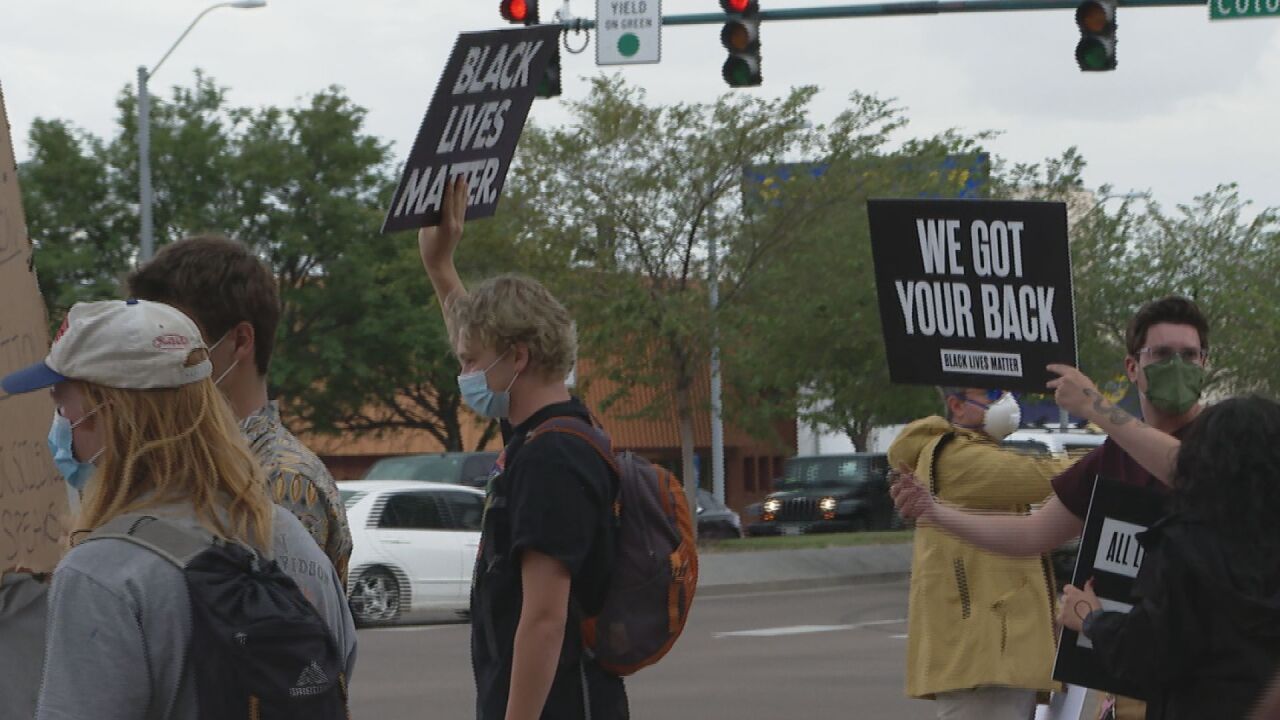 CSPD is looking into a possible Facebook post from one of its officers accused of commenting "Kill Them All," referring to protesters blocking I-25 last month. The comment has sparked outrage among many people who say they now want Mayor Suthers and CSPD to address the community publicly on this situation. On Friday, a small protest happened outside the City Administration Building to get the attention of city leaders.

The rallying cry among protesters who stood outside the mayor's office was: "He said Kill Them All. We say terminate!"

Protester Anna Chambers said, "We still have not heard anything about the investigation. We don't know how far along they are, but know it's been over three weeks and we still don't have any transparency regarding it."

In regards to the alleged Facebook post, Jasmine Marchman, co-founder of Colorado Springs Oversight, said, "It just doesn't make me feel safe...we are just making sure that the city knows that we're here and that we want answers, and that the officer should not have his job anymore."

News 5 reached out to both CSPD and Mayor Suthers' office.

Below is part of a statement from CSPD:

"The comments made...were unprofessional, inappropriate, and not reflective of our department's values. Once the statements were brought to our attention, we immediately began an investigation to determine if it was in fact one of our officers who made the comments...we have stated from the beginning that once the investigation is complete, we will share the findings with our community."

As for the mayor's office, we were told that "This is an active investigation, therefore the city is not commenting at this time."

CSPD shared that it wants to make sure the investigation is thorough to determine if it was an officer who made the comment and if so, what kind of discipline they should receive. CSPD has not shared how long this is going to take which is a primary concern for a lot of people.

Protesters say they're not going to stop until they get transparency and that more gatherings are being planned.