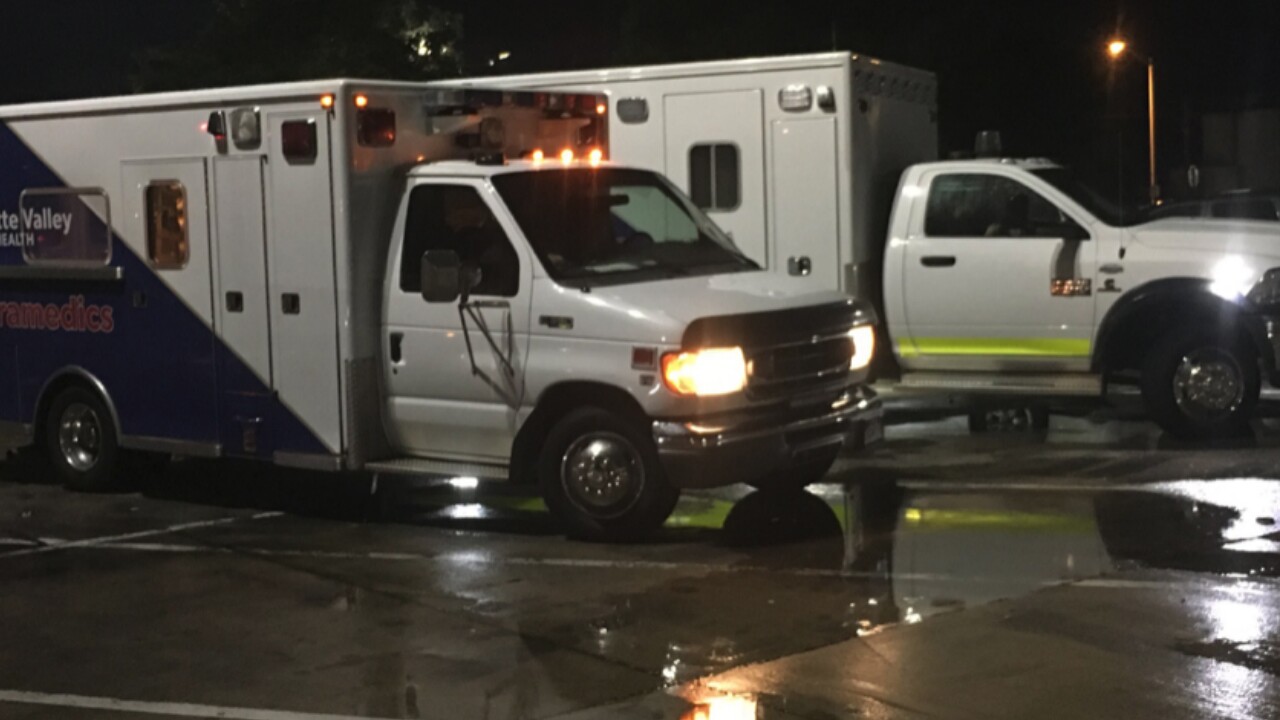 Ambulances stage after a shooting reported in Brighton, Colorado.

BRIGHTON — Police are investigating after a shooting was reported in the Platte River Ranch neighborhood in Brighton Saturday night.

A tweet from the police says a shelter-in-place order has been lifted.

Two people were taken to the hospital for treatment but are expected to recover.

Crews from our reporting partner Denver7 reported seeing police officers with weapons drawn blocking several streets in the area shortly after the shooting was reported.

UPDATE: We have lifted the Shelter-in-place. Two victims with non-life threatening injuries were transported to an area hospital. It is very early in the investigation and we do not have very much information to share. We will release an official release when we have more info.