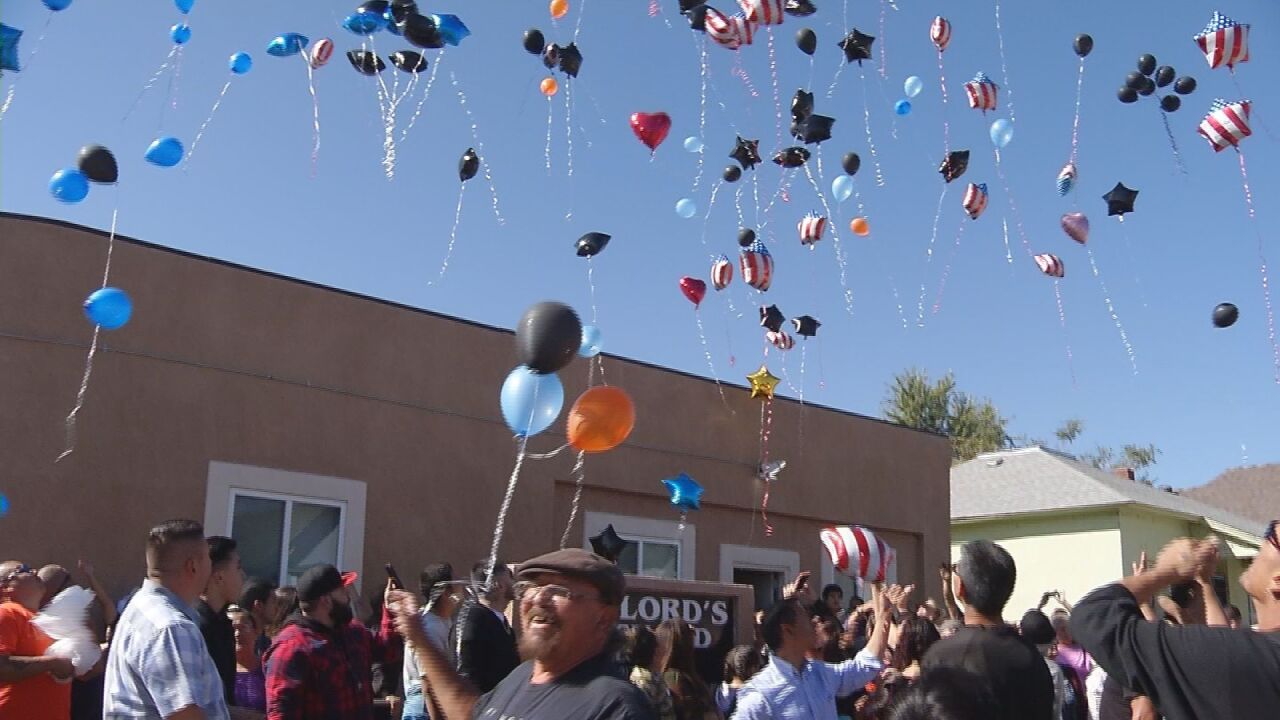 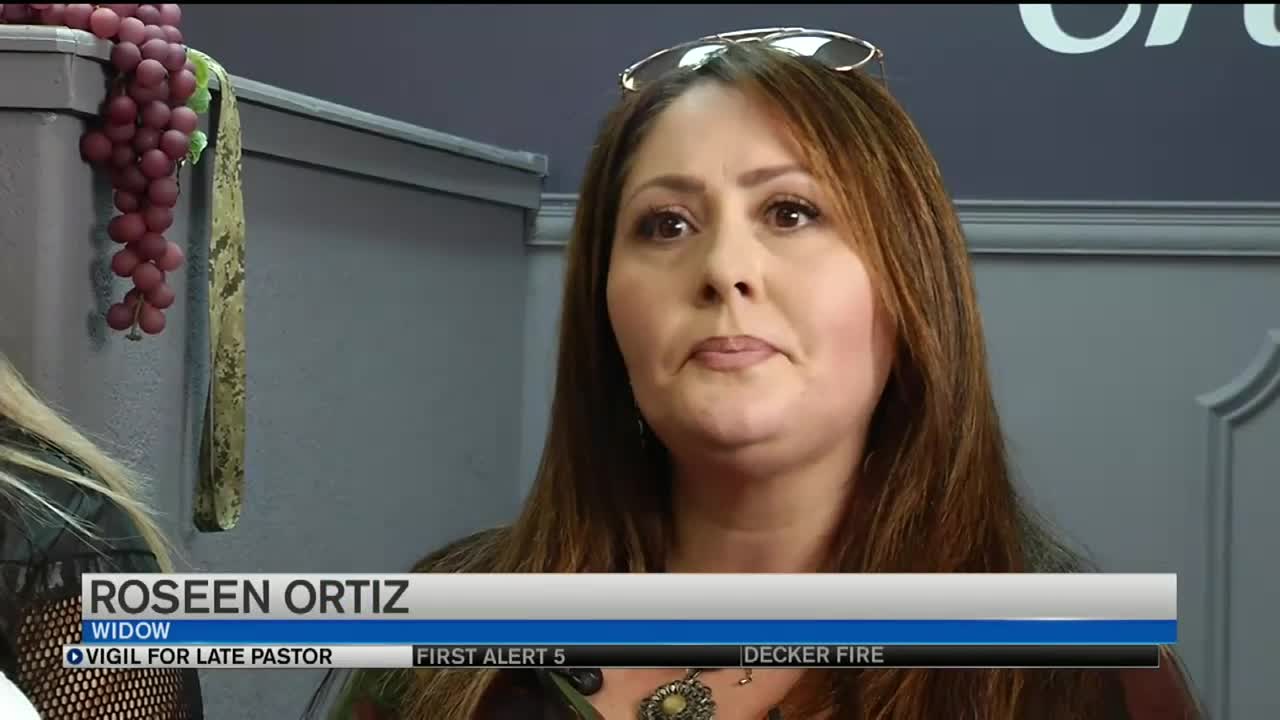 PUEBLO, Colorado — Several members of the Lord's Vineyard Fellowship Church met at the church Monday afternoon to offer their condolences and honor the life of their late pastor. Cecilio "Roman" Ortiz, 52, died early Sunday morning from a gunshot wound. His son, Malachi, is being held in jail facing a charge of Second Degree Murder.

The shooting happened at the family's south side home sometime before 3:45 a.m. Sunday. Details were limited. Pueblo police officers said there was a disturbance and that Ortiz had been shot and later died at the scene.

His widow, Roseen Ortiz, remembers the trauma of that morning with much more clarity.

"I was in the kitchen and I just heard a pop and when I ran into the living room, they were just tussling over the firearm," she said.

Roseen said she was able to get between the two men and grab the gun which stopped the fight. Immediately afterward, she said her husband collapsed.

"I dialed 911, I got a voice mail five times," she said. "I just started panicking, I didn't know who to call. I believe I called my daughter, but then 911 called back. And when paramedics got there he was still breathing, he was fighting for his life."

She believes her son was intoxicated and that the shooting was unintentional.

"My son, I talked to him. He was unaware of what took place until he sobered up and the police told him what they were charging him with and he's having a very hard time."

Malachi had his mother ask his sisters, nieces and nephews for forgiveness. He also wanted her to tell the church family that he was sorry.

During the gathering Monday afternoon, church members and relatives comforted each other with a pot luck. Later, balloons were released in Pastor Roman's honor.

He began his ministry more than 20 years ago. Roseen said her husband wanted to be an Evangelist. When the pastor of their church unexpectedly stepped down, Roman felt called to take on the responsibility.

She remembers him as a loving husband, father and grandfather.

"It's going to be very hard without him. He was a man who spoiled all of us," Ortiz said.

She asked the Pueblo community to pray for her son and to forgive.

"If Roman could speak down from Heaven, he was say forgive, you know to forgive Malachi,"

A judge advised Malachi of the charges he faces during a video conference from the jail on Monday afternoon. He is scheduled to make his first appearance in a courtroom on Thursday.