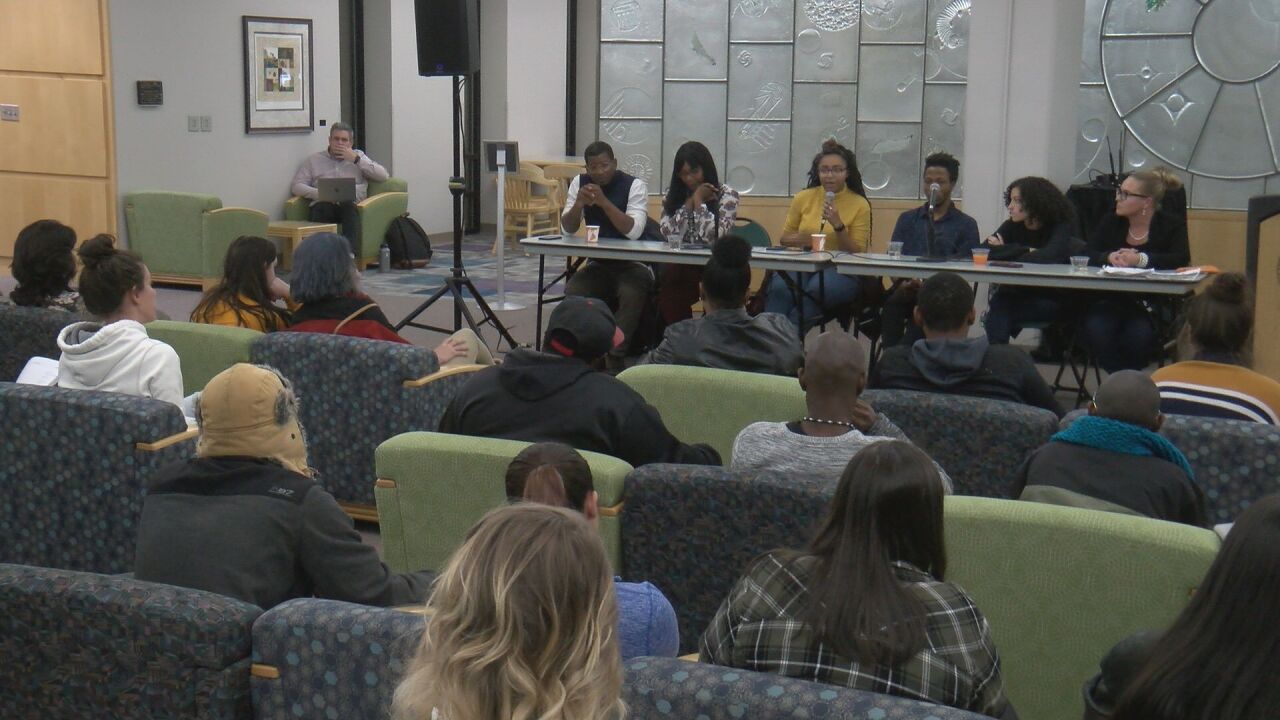 People and panelists gathered at UCCS 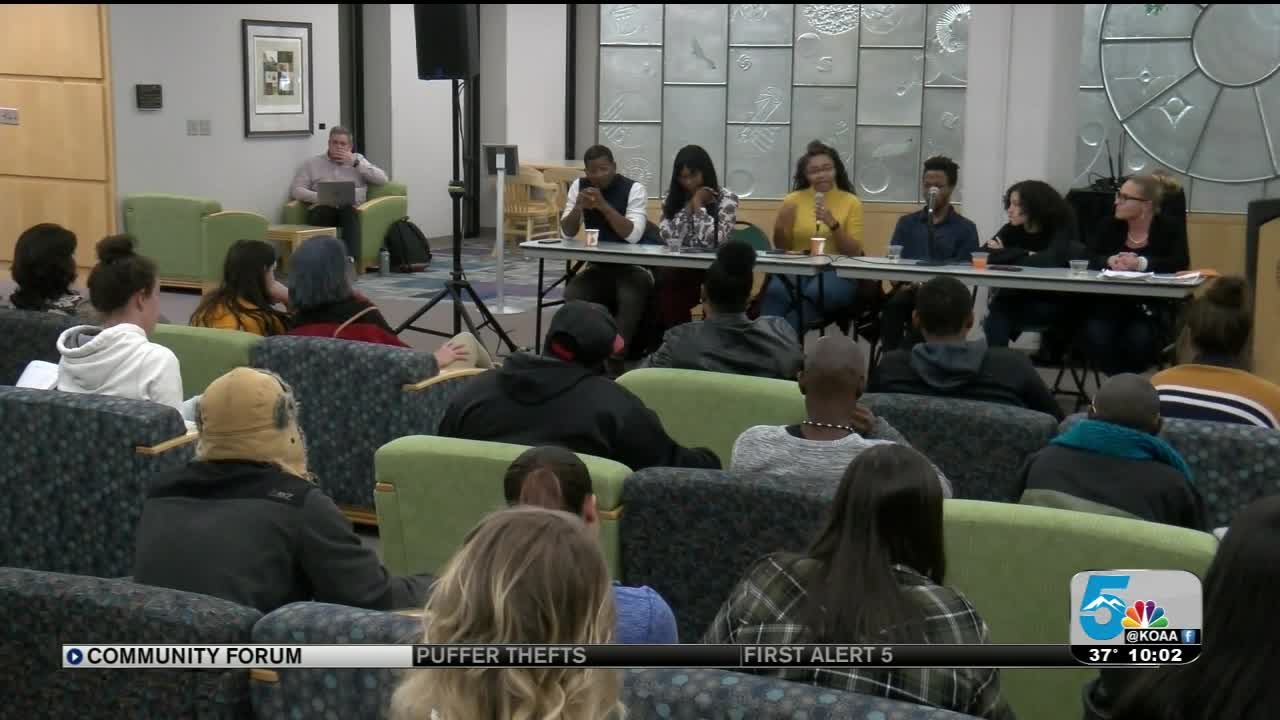 COLORADO SPRINGS — On Tuesday night people in Colorado Springs came together for an open discussion about the relationship between police and the community.

It comes after the shooting death of De'Von Bailey this past summer by Colorado Springs Police.

A panel discussion was held at University of Colorado Colorado Springs as part of the Just Talk series. Tuesday's discussion was entitled "The People and the Police: Examining the Divide." Several panelists were part of the discussion to talk about the the gap between police and different parts of the community.

One of the questions asked: Do different communities within Colorado Springs experience the police differently? The answer from many was yes.

Another question: Do they have different relationships with law enforcement? Again, the answer was yes from much of the crowd.

A goal mentioned - not to agree, but to gain a deeper understanding of these questions and what can be done.

Young and old, and people of all races participated in the discussion with a lot of different opinions shared.

Panelist Dr. Stephany Rose Spaulding said, "When it comes to policing there is definitely not just implicit bias, explicit bias and systemic racism that impacts the way policing occurs."

Another panelist, Dr. Henriikka Weir, said, "I understand how it feels to be a police officer and make those split second decisions...we are here, essentially, stereotyping all police officers."

Janerio Hardy, an audience member, said, "I think people are starting to realize where they stand on issues of race and gender and politics and ethnicity, and so on and so forth and they actually want to get involved in the outcomes."

Solutions were also discussed with panelists and audience members encouraging people to register to vote, and to run for city and county offices if they want to see a change. Another suggestion was to create more training for police and have more diverse police forces.

Several people in the audience shared that they were upset that Colorado Springs Police did not show up. News 5 spoke with the department on Tuesday and were told that Chief Niski was invited to the event in just the last couple of days. The department said since it was very last minute Chief Niski was not available to attend. However, News 5 heard from someone in the audience that an invitation was extended early last week.