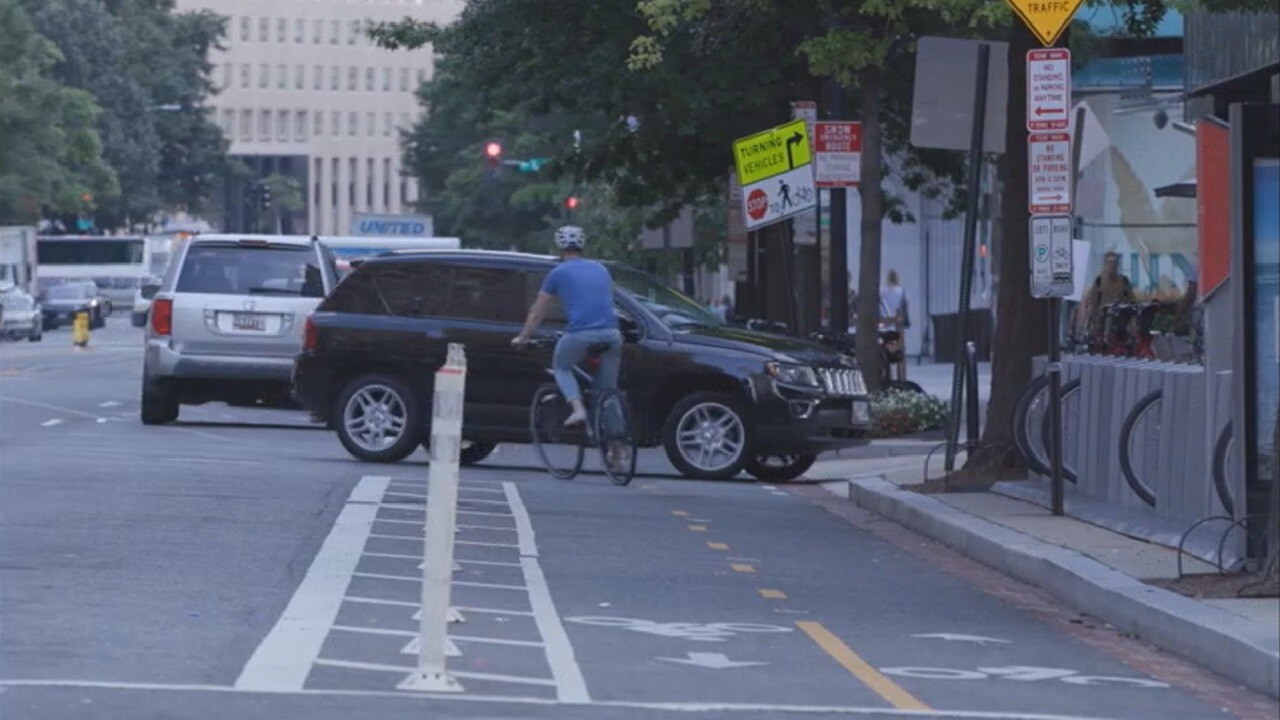 An example of the highest risk bike lane as identified in a study by researchers with the Insurance Institute for Highway Safety. 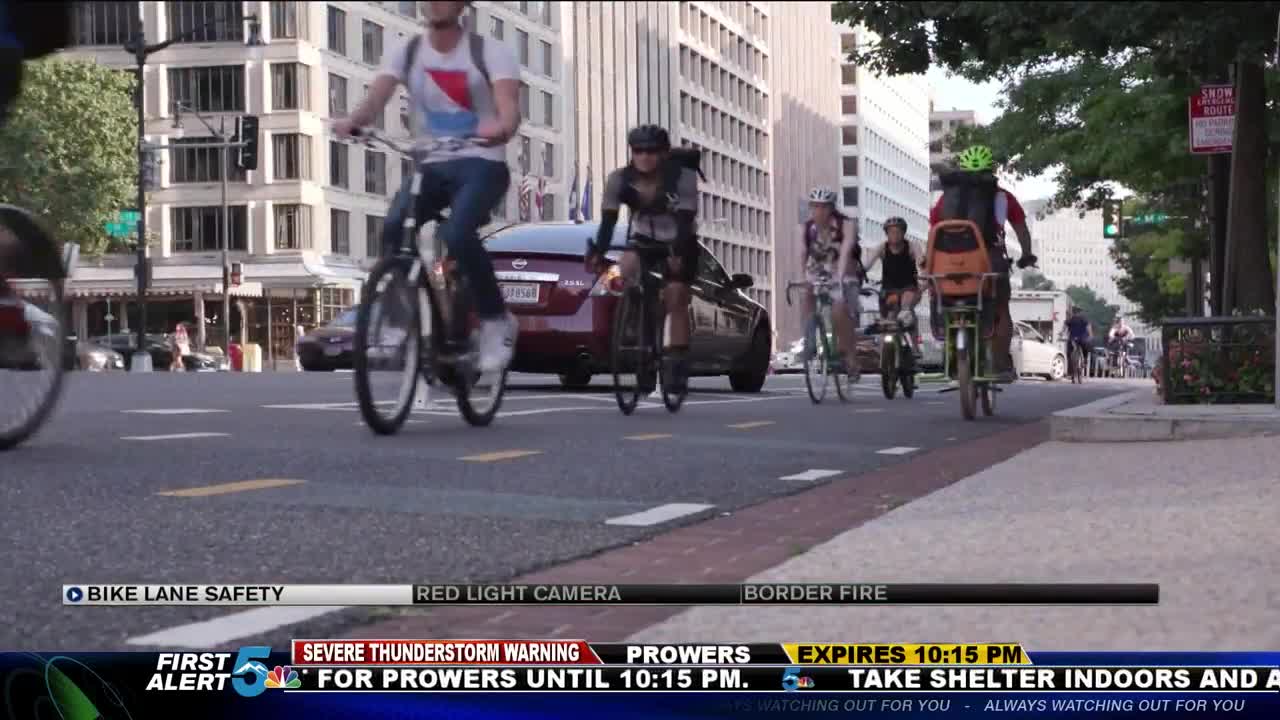 COLORADO SPRINGS, Colorado — New research suggests certain types of bike lanes in busy downtown areas can be more dangerous than riding a bike on a major street with no bike infrastructure. Researchers with Insurance Institute for Highway Safety interviewed some 600 cyclists in New York City, Portland and Washington D.C. in emergency rooms after they'd crashed or fallen on their bikes. They then compared those crash locations to other randomly selected locations on the routes used by those cyclists to reach their findings.

Jessica Cicchino, Vice President of Research for IIHS, said the safest bike lanes identified in their study were those with the fewest intersections or driveways. They were also buffered by a green space or some other barrier such as those found on bridges.

"The riskiest section of bike lane that we saw was a two way segment that was next to a two-way street which can be challenging for drivers to turn across because they have to monitor for oncoming traffic and oncoming cyclists in both directions," Cicchino said.

The protected bike lanes in downtown Colorado Springs only travel in the same direction as traffic. Bicycle mechanic Josh Carr rides his bike to work at Criterium Bicycles at least 2-3 times a week. He knows there are some places in town that are just safer to ride than others.

"The more central you get, and the more concentrated the traffic, the more panicked the drivers are, and my personal thought is that's why people freak out at cyclists, they don't want hurt the person, it just kind of manifests in anger," Carr said.

His experience that drivers are more relaxed around bicyclists when they're further away from busy urban districts is also reflected in the study results.

The of City Colorado Springs uses a Bike Master Plan to guide its decisions about where and what to build for bike lanes. City officials tell News 5 studies like the IIHS study are given serious consideration when creating those plans.

Cicchino cautioned the public to not read too much into their findings.

"Our finding that conventional bike lanes were safer doesn't mean that cyclists are better off without that separation," she said.

The City of Colorado Springs has more than 100 miles of on-street bicycle routes, and nearly 120 miles of urban bike trails. The bike program is funded in part by a self-imposed bike tax. Improvements to bicycle infrastructure are continuously being made.