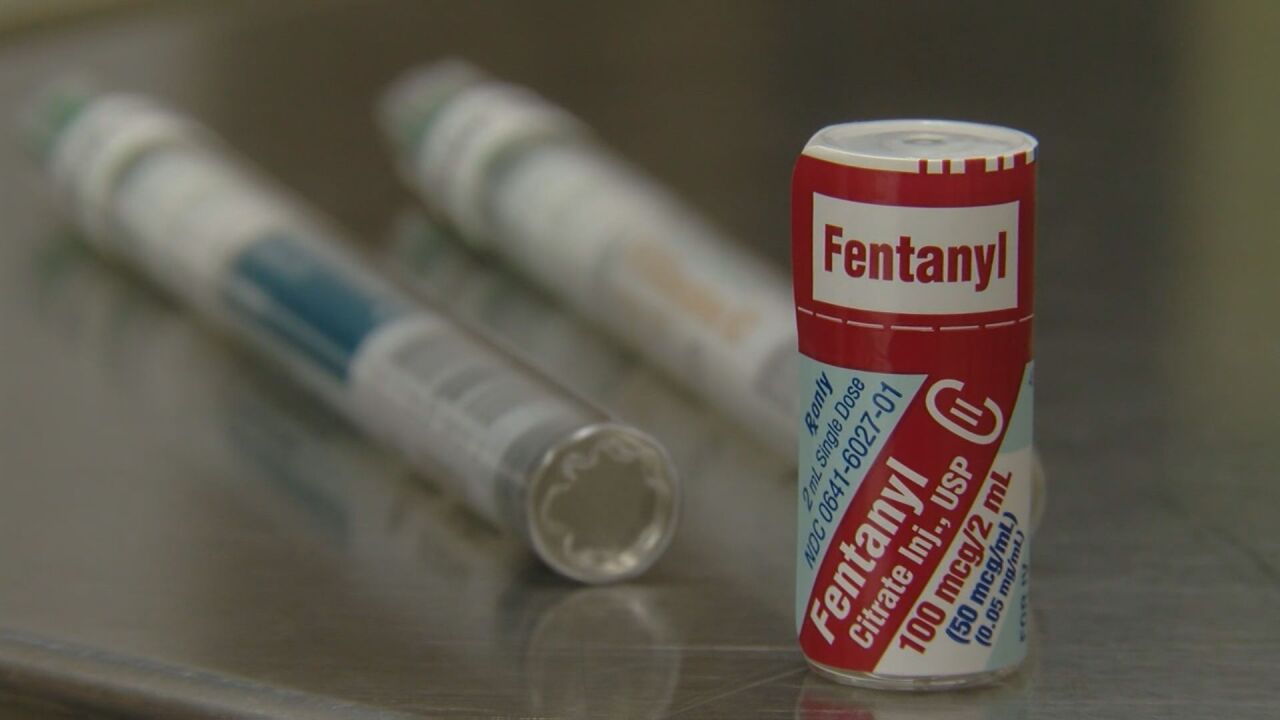 Copyright 2019 Scripps Media, Inc. All rights reserved. This material may not be published, broadcast, rewritten, or redistributed.
Fentanyl at a hospital. 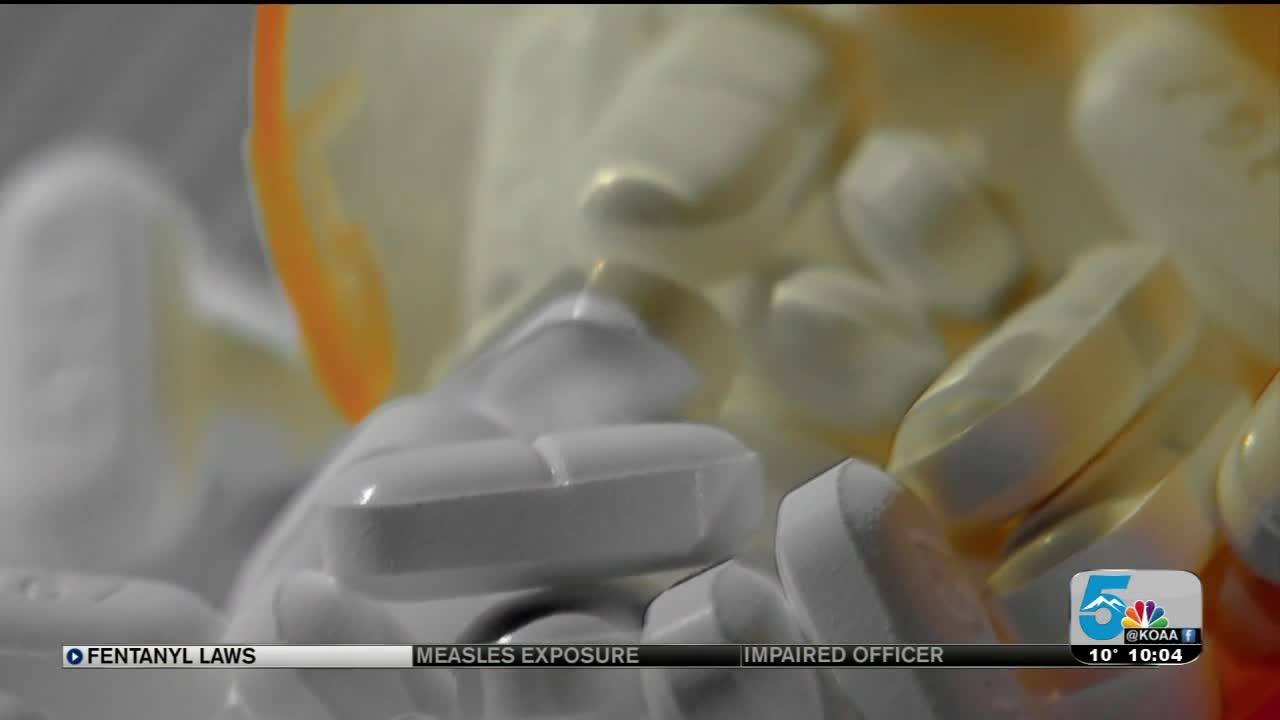 SOUTHERN COLORADO — The El Paso County Coroner reported this year there have been 17 overdose deaths due to fentanyl, which is more than the county has ever seen. The high numbers come at a time when a new law could lessen the punishment for those found with the deadly drug.

House Bill 19-1263 has been signed into law, and will go into effect in March of 2020. It makes the possession of four grams or less of certain drugs a misdemeanor charge, rather than a felony. "Anything that's four grams or less of a scheduled one or two controlled substance, so that includes meth, cocaine, fentanyl, has been decriminalized from a felony level to a misdemeanor level," said Senior Deputy District Attorney for the Fourth Judicial District Michael Allen.

Those in support of the change said it will help those struggling with addiction. "Thinking behind the bill is that addicts are better off getting treatment than going to the Department of Corrections... The goal of the bill is to get people in treatment for drug possession. The law does not change the felony level of people who have large quantities of drugs," said State Senator Pete Lee.

However, some say the law will actually have the opposite effect, and less people may seek treatment. "I don't think that it really was that much of a burden on the felony level. I think it's actually going to create a bigger burden now, because we're dropping them down to misdemeanor. It's going to cause an increase in the jail population because only misdemeanors can be housed in the jail as punishment... It's creating this sort of public tolerance to drug use and abuse and when we're talking about decriminalizing felony possession of different dangerous drugs and deadly drugs like fentanyl, fentanyl's a very deadly drug, we're just legitimizing it being in our community," said Allen.

State Senator Lee said there are ways to maneuver around any increase in jail populations. "That would be up to the arresting officers who can issue summons rather than arrest people and bring them to jail, they can issue warrants and again have people appear in court as opposed to taking them to jail, so that's really something that can be dealt with at the local arrest level," said Lee.

Those from the Southern Colorado Harm Reduction Association (SCHRA) said the law is a step in the right direction, but fentanyl should still receive harsher punishments than other drugs. "Four grams of fentanyl is a lot more than four grams of heroin in terms of potency and risk," said Dr. Michael Nerenberg, a co-founder of SCHRA. Dr. Nerenberg said he is happy to see drug addiction being looked at as more of a health issue, than a criminal justice issue.

The Colorado Springs Police Department is warning the community about fentanyl being found recently in certain kinds of counterfeit pharmaceuticals. CSPD said fentanyl has been mixed with other drugs and then formed into certain pills, like Xanax, and sold on the black market. The department said if people are purchasing these illegal drugs, to really inspect them and watch out for imprints that are not crisp. "You don't really know what you're getting when you're buying a pill in a bag from a guy off a street corner... Reality is, it's still illegal, whether it's a felony or a misdemeanor, and regardless of the type of crime, it can be deadly if you take it," said Lieutenant Jim Sokolik of the Colorado Springs Police Department.

The prevalence of fentanyl, and it's strength, is why State Senator Lee said the discussion about what the punishment for that drug should be is ongoing. He said the state may independently take a look at fentanyl, and if district attorneys have any concerns, to address them with their legislators.

The new law does not apply to drugs, like those in the categories of bath salts or date rape drugs.