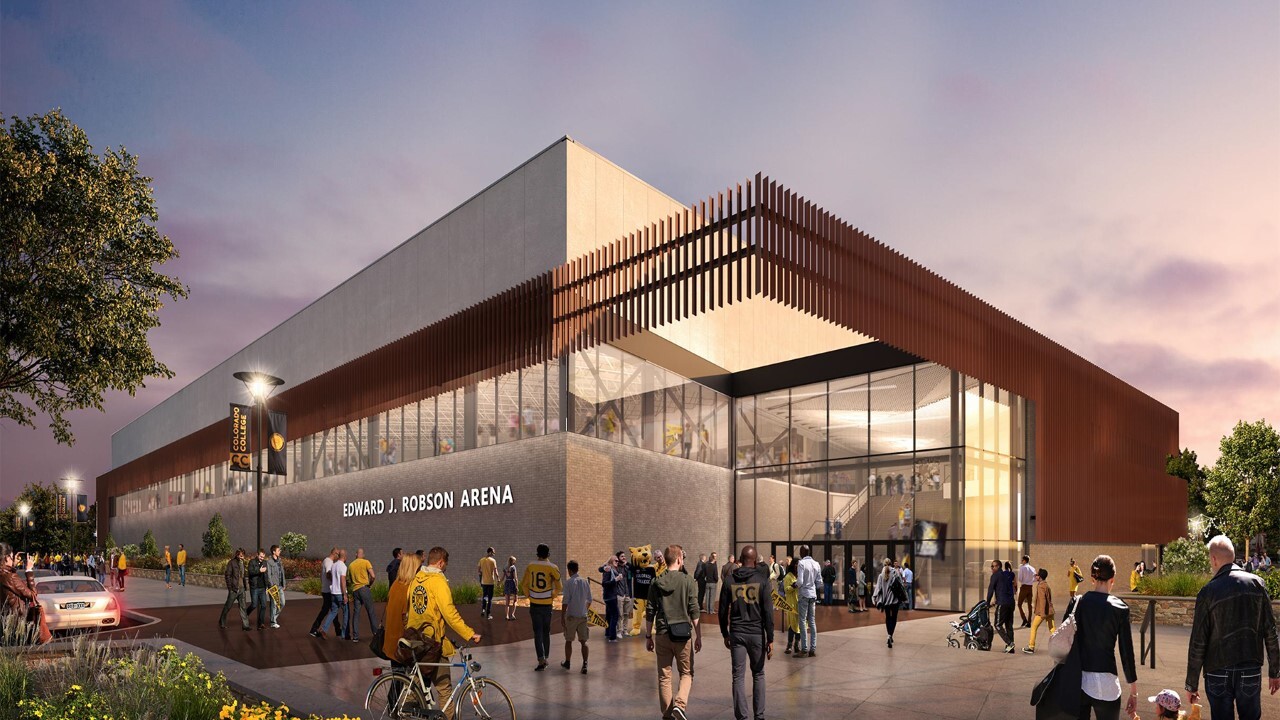 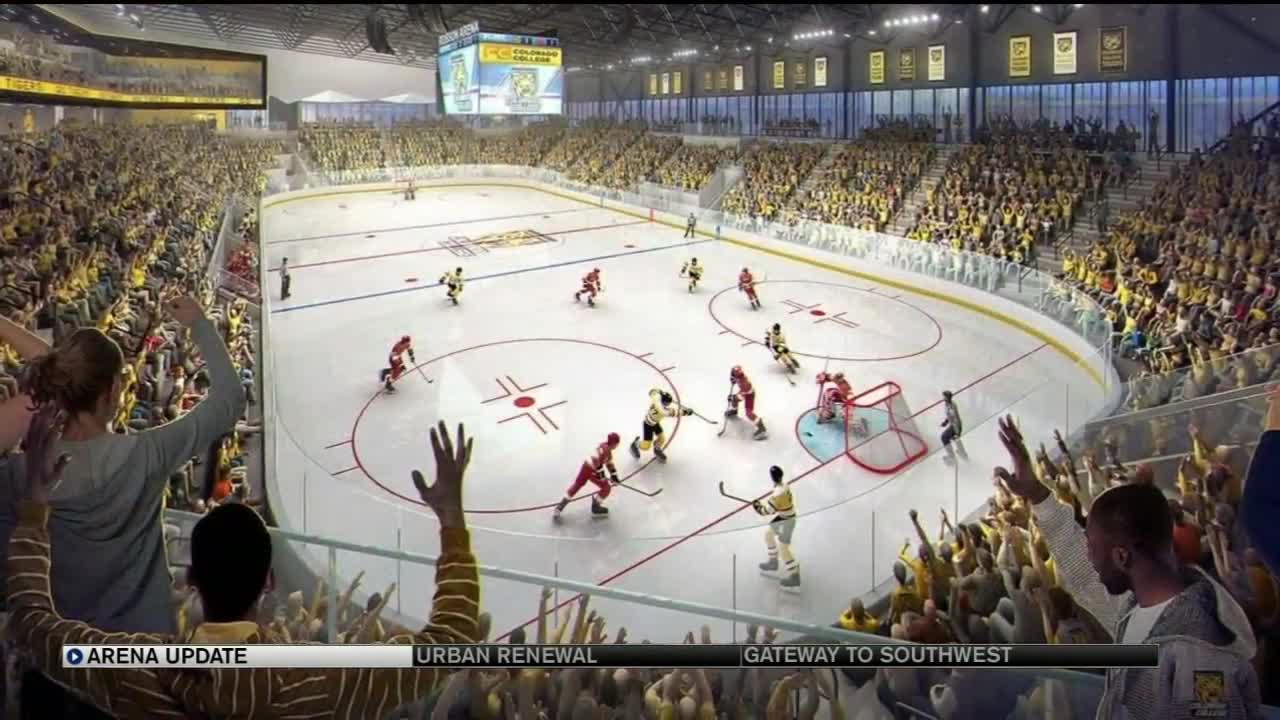 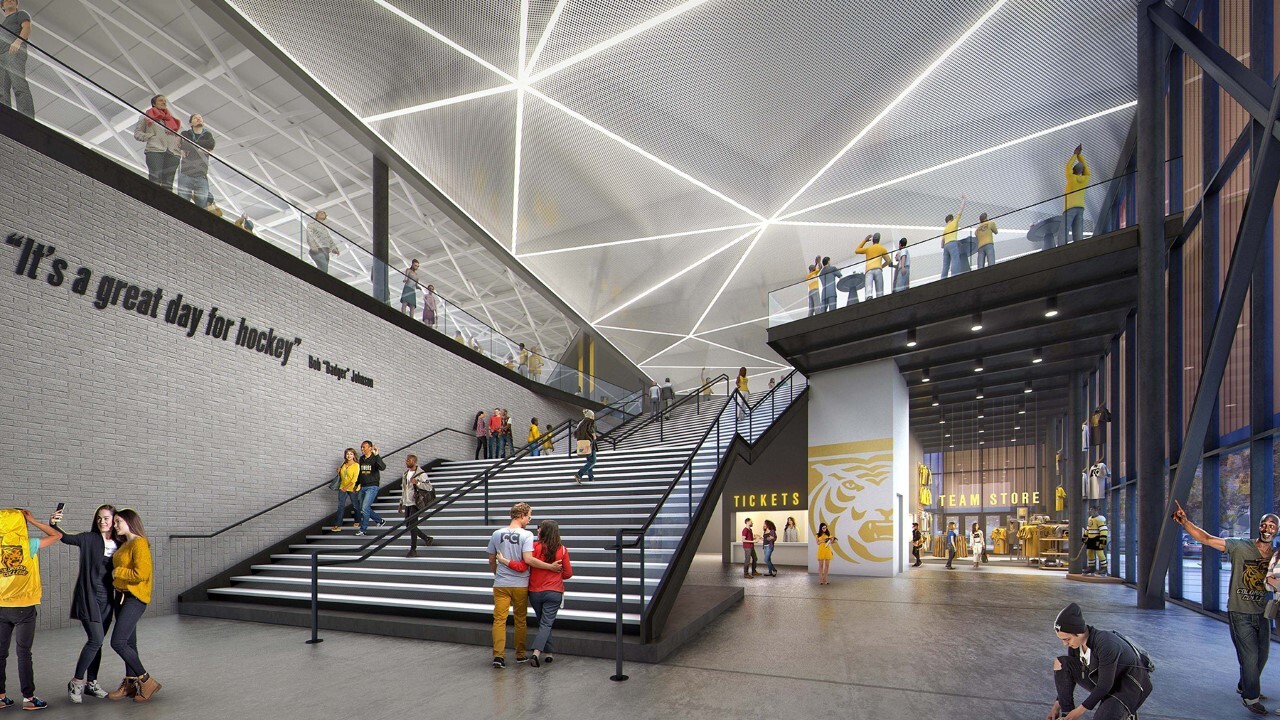 Colorado Springs City Council gave final approval for the project Tuesday. The council voted unanimously in favor of the arena.

The new arena will allow the CC hockey team to play its home games on campus for the first time in the 80-plus-year history of the program.

Construction of the 3,400-seat arena is expected to begin with a groundbreaking ceremony on Feb. 15, 2020, according to the school. The projected opening date is sometime in the fall of 2021.

CC said the the arena will be situated on the southeast side of the CC campus, bordered by Nevada Avenue and Cache La Poudre, Tejon, and Dale streets.

The school released renderings (seen above) of what the arena will look like.