Calling for Governor Polis to intervene 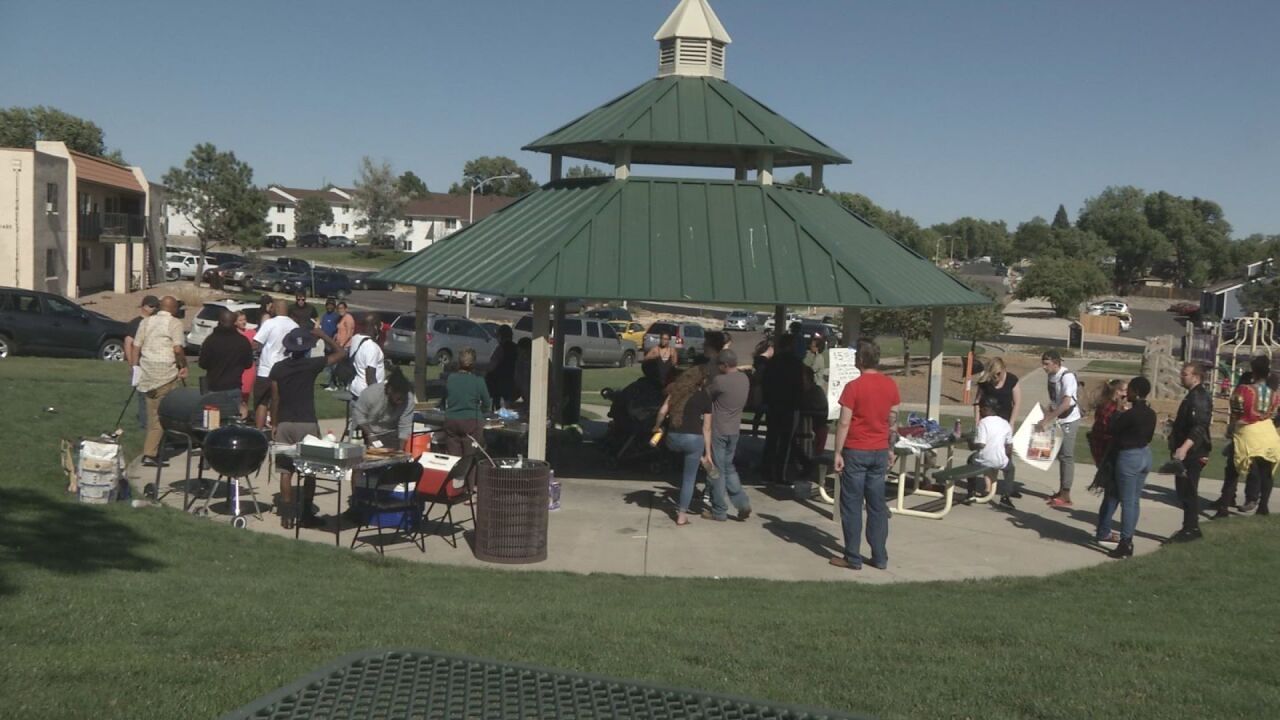 Copyright 2019 Scripps Media, Inc. All rights reserved. This material may not be published, broadcast, rewritten, or redistributed.
Colette Bordelon
People gathered at an event to raise money for the Bailey family.

COLORADO SPRINGS — There are now new calls for an independent investigation into the police shooting of De'Von Bailey. A group held a fundraiser for Bailey's family on Sunday, on the same day a letter was sent to Governor Jared Polis, asking him to intervene.

There were vendors, artists, music, and flag football at Van Diest Park, where money was being raised for the Bailey family. "There's outstanding funeral costs and costs associated with that, that we're trying to help them with as a community," said Shaun Walls, the chief organizer of the event. The event also had the chance for people to register to vote, because the organizers said they want their community to have an impact on local elections. De'Von Bailey died in August while running from Colorado Springs police officers.

The case is currently under review by the District Attorney's Office, but those at the barbecue do not trust local authorities to oversee the investigation. "Friends cannot investigate friends," said Dr. James Tucker, who wrote and sent a letter to Governor Polis asking for an independent investigation and the creation of a seven panel Independent State Civilian Review Department.

A spokesperson for Mayor John Suthers referred News 5 to his statement from last month, in which he said Governor Polis' call for an independent investigation "appears politically motivated." Mayor Suthers also pointed out Governor Polis has not taken the same position in other counties.