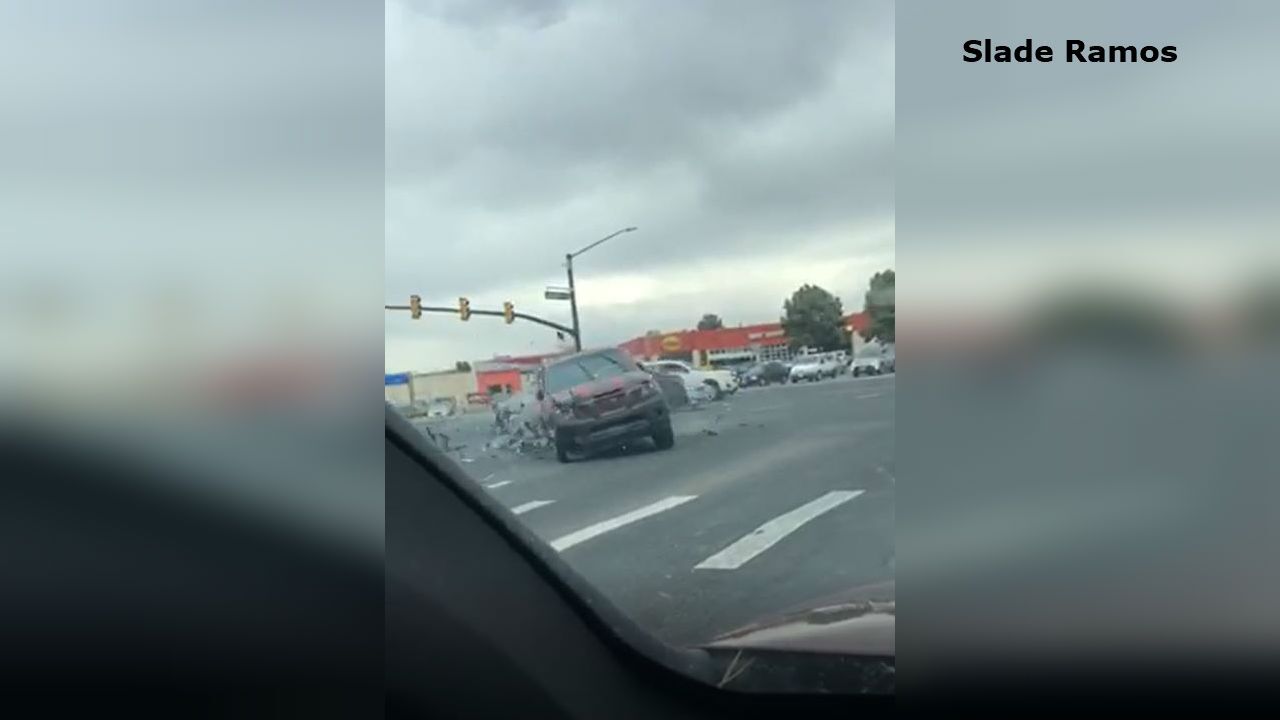 Slade Ramos
Slade Ramos shared video of the suspect vehicle hitting another car before slamming into his at Austin Bluffs and Academy Blvd. 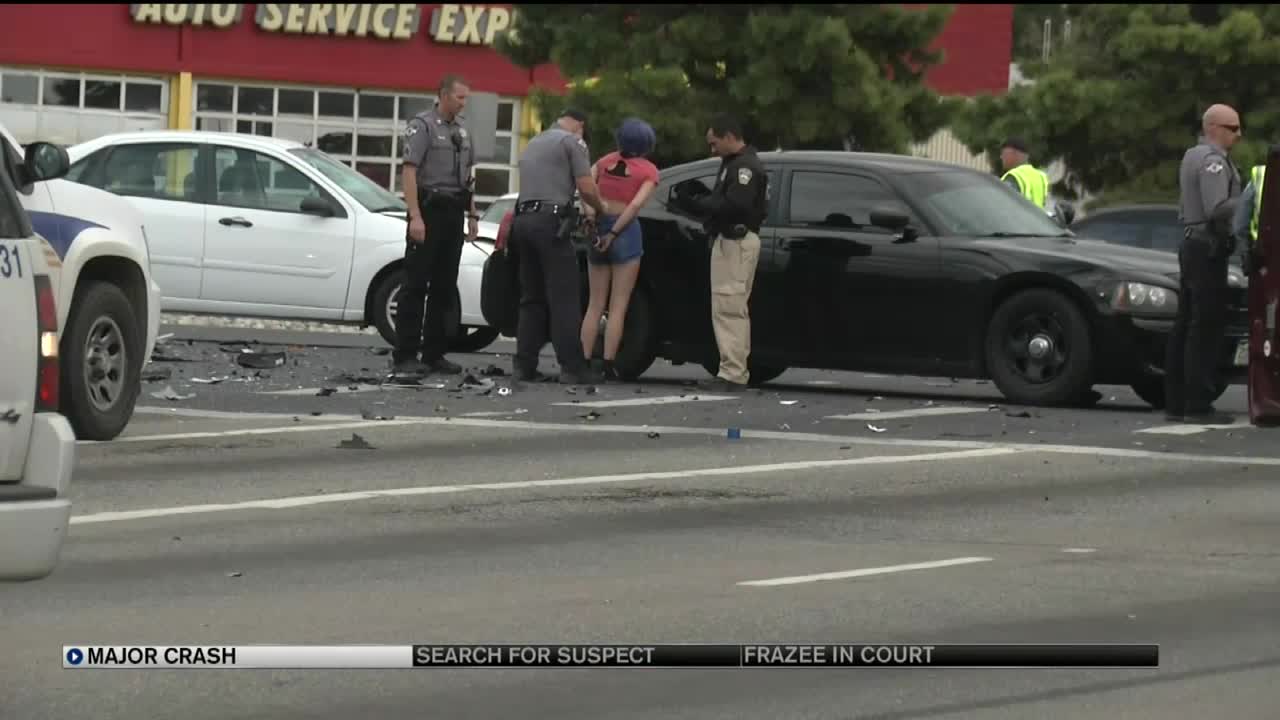 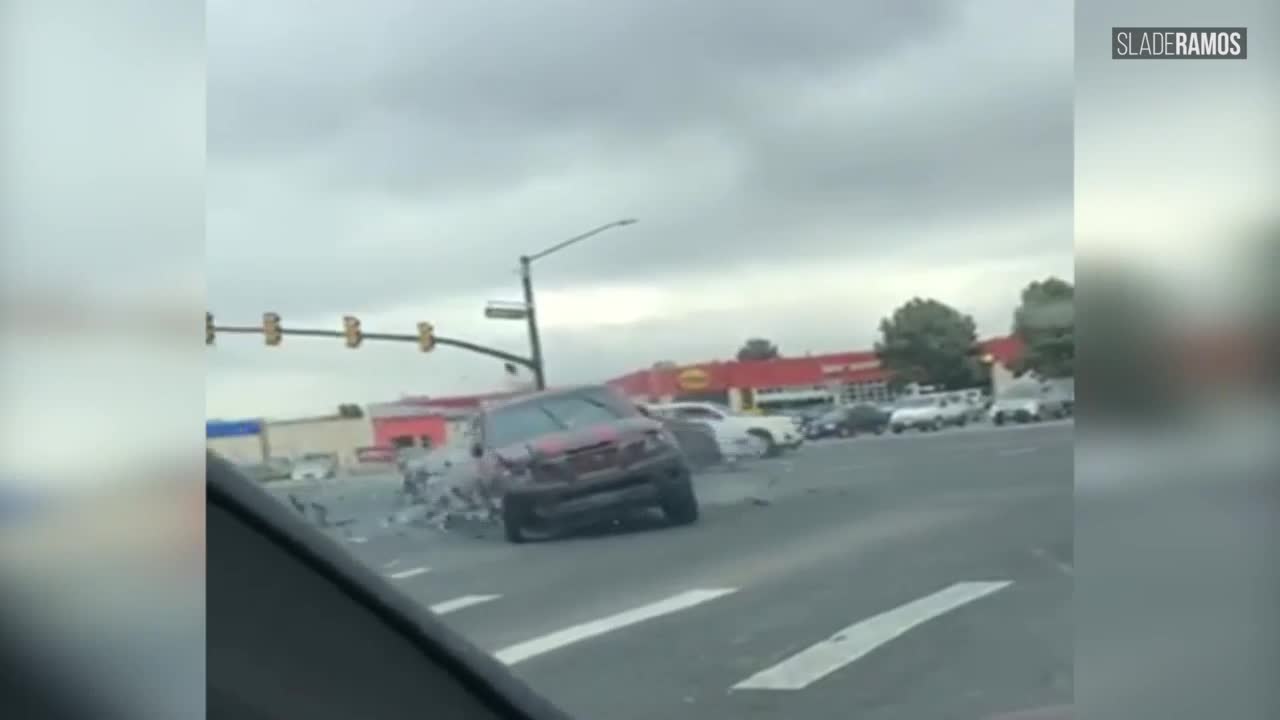 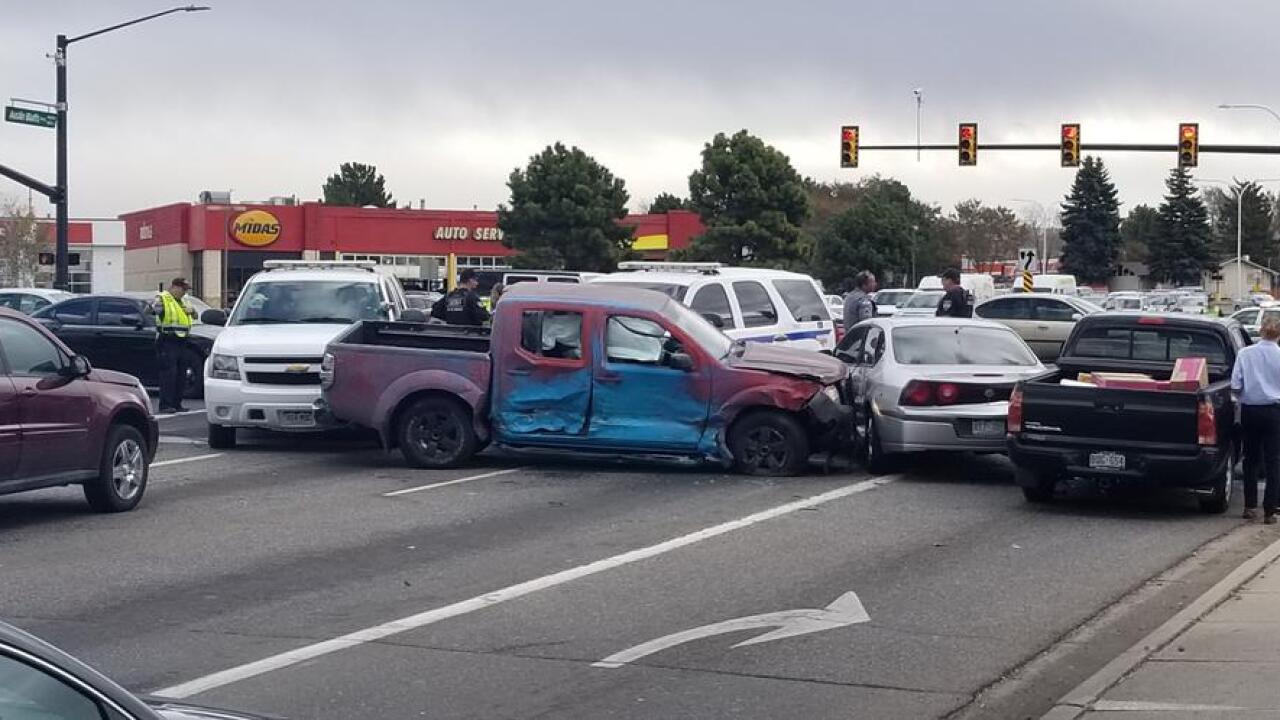 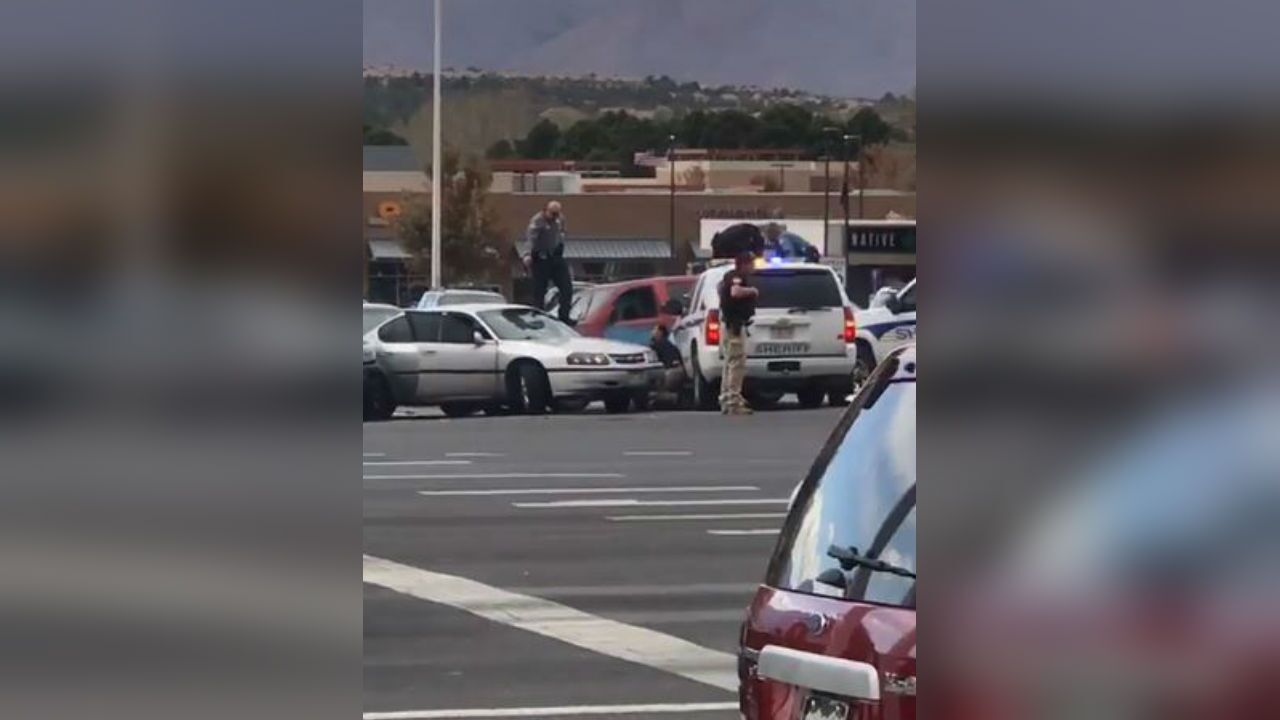 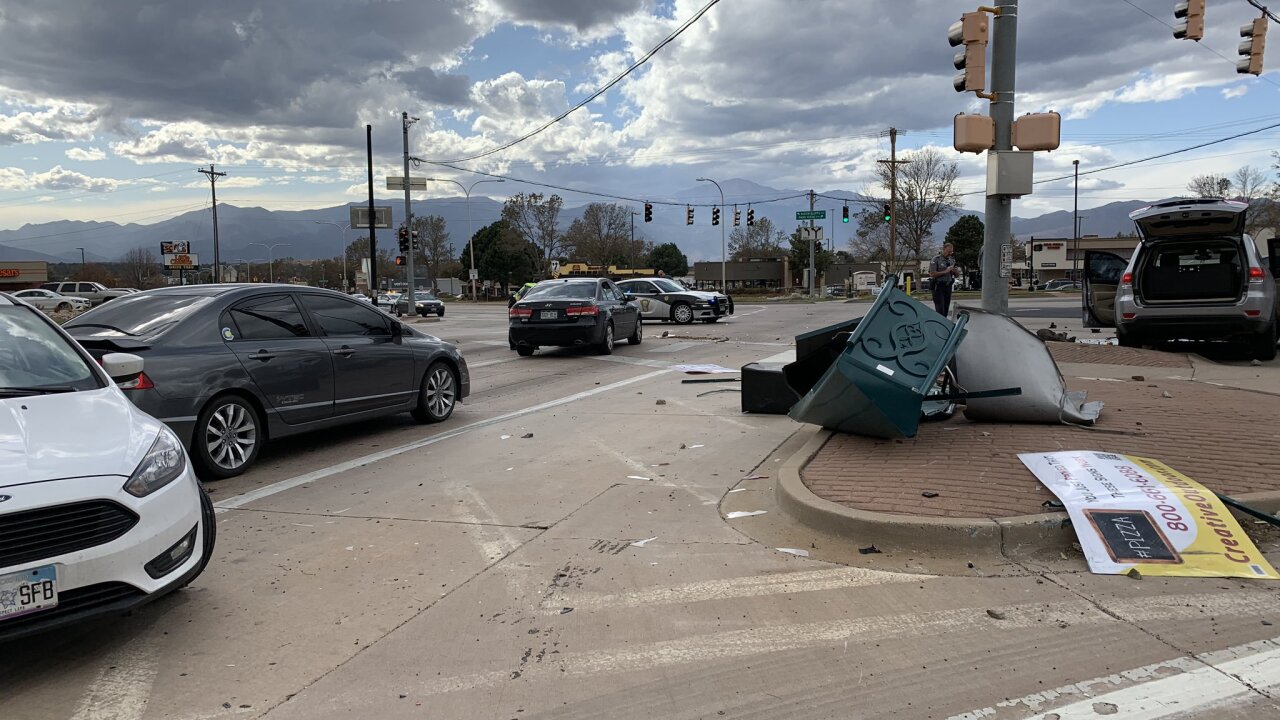 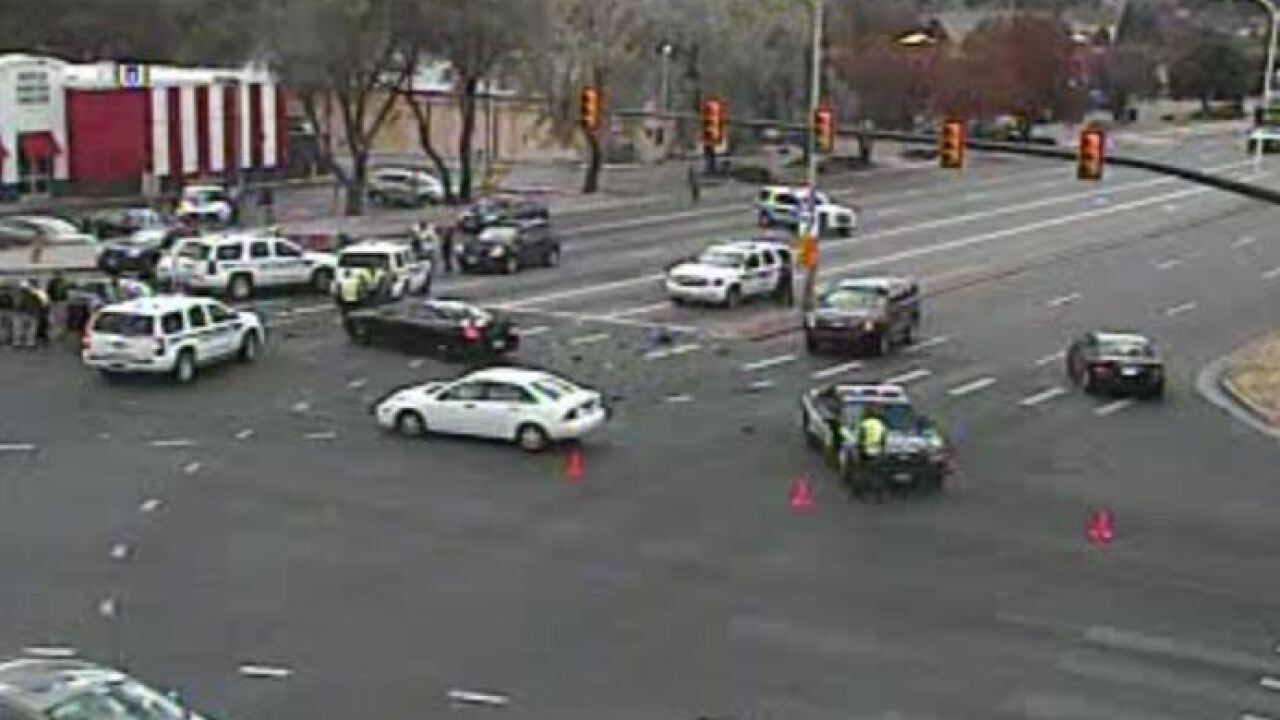 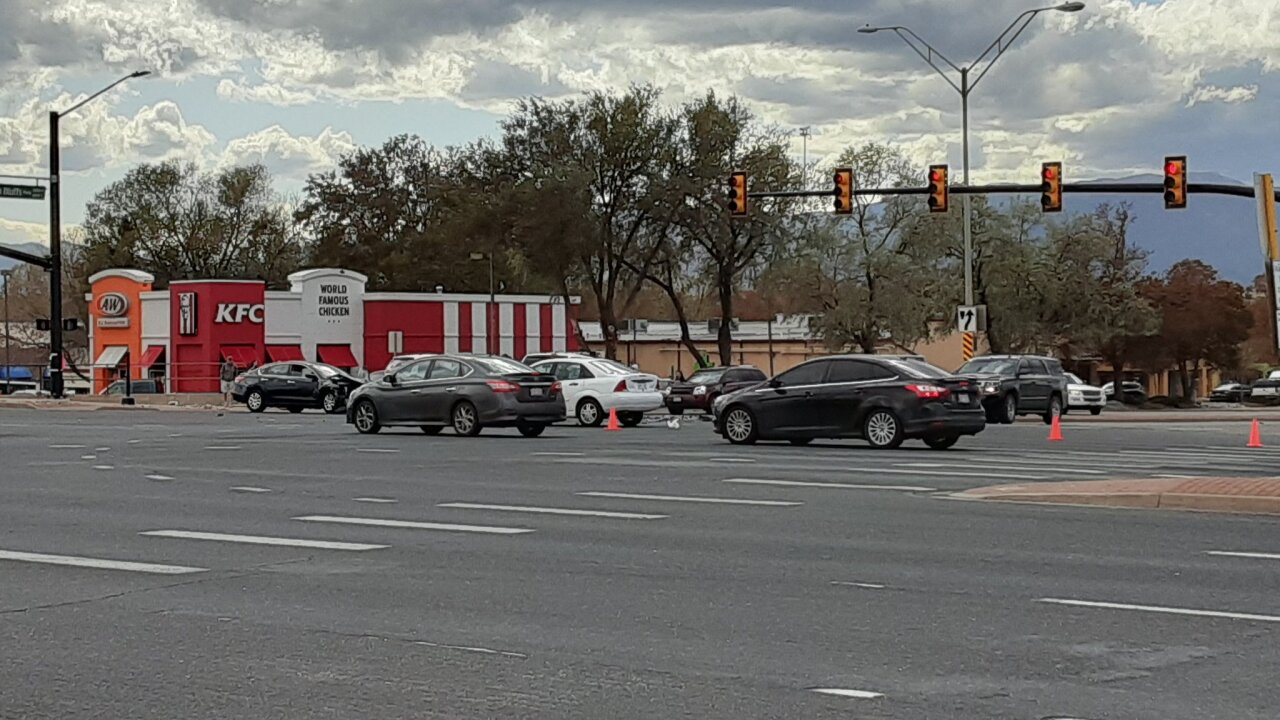 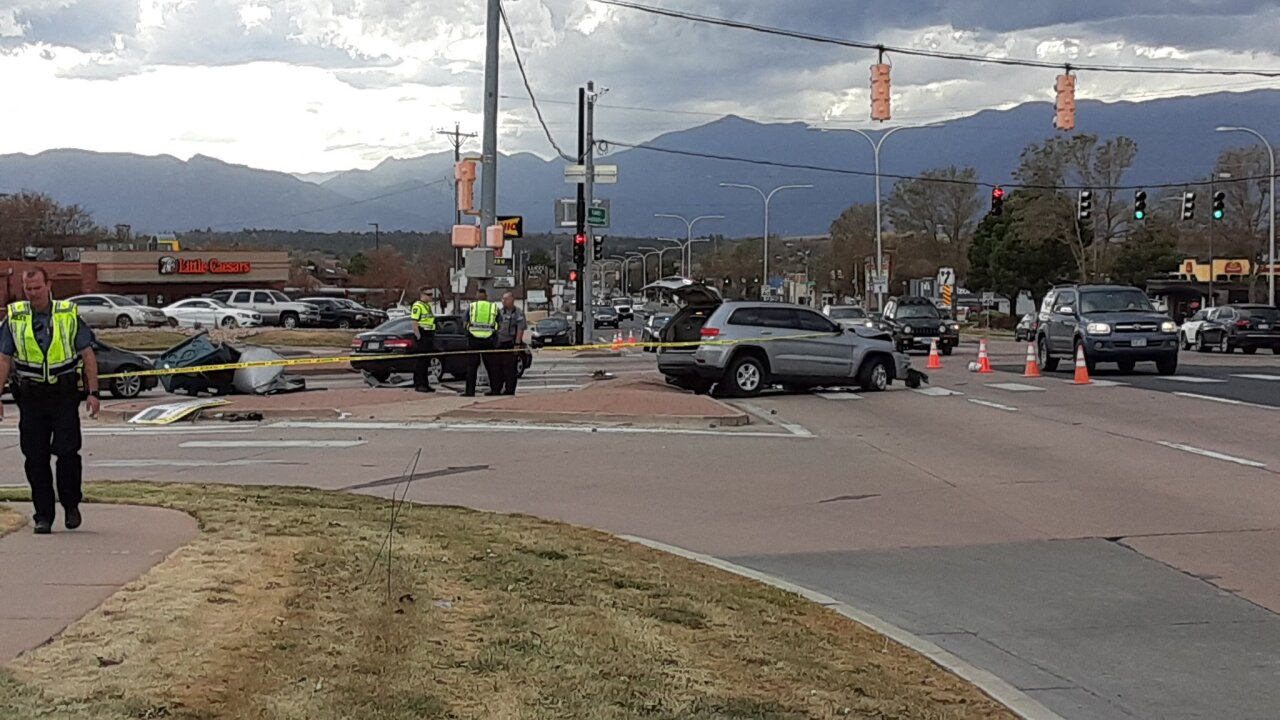 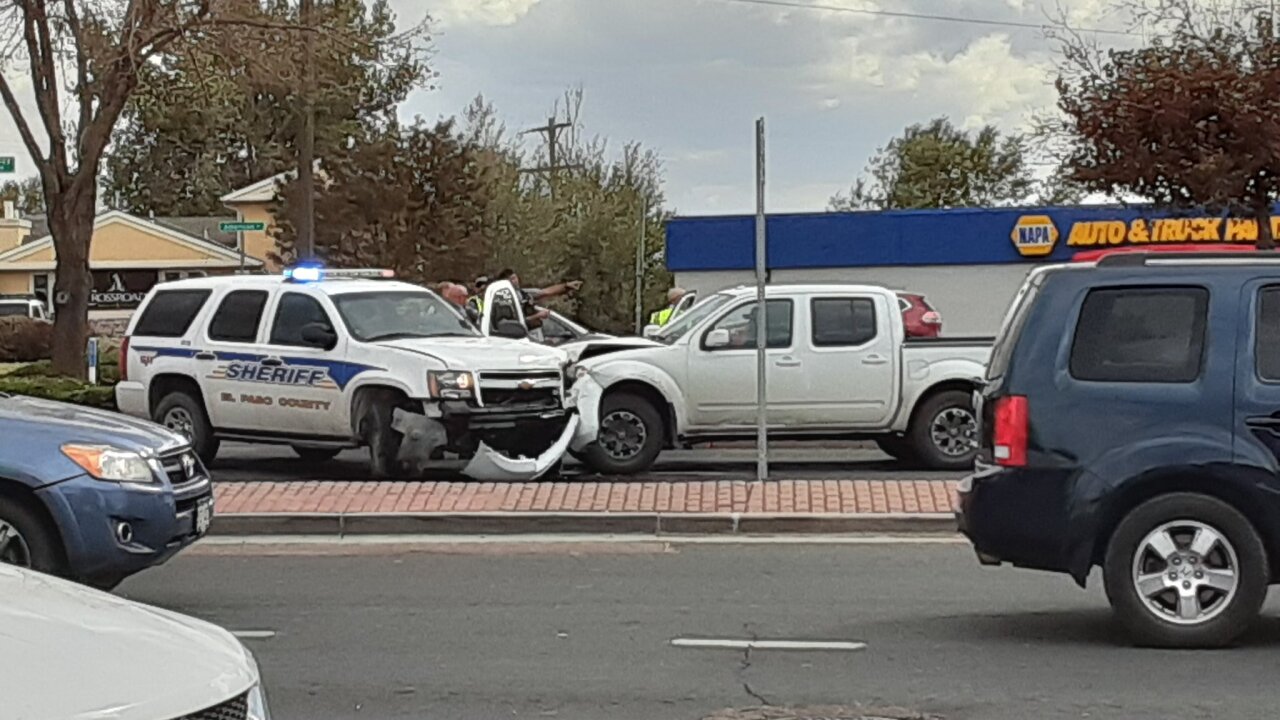 COLORADO SPRINGS — Two people are in custody after a pursuit that led to multiple crash scenes near Austin Bluffs and Academy. The El Paso County Sheriff's Office says the pursuit started in eastern El Paso County, when the office received a call that one of the suspects was stealing gas from a vehicle near Blaney and Garrett Rd.

The suspects drove into Colorado Springs where they allegedly attempted to ditch police. The result was a string of accident scenes. Mutliple cars crashed at Barnes Road and Austin Bluffs, another crash happened at Sieferd and Austin Bluffs. the suspect truck then tagged a car spinning out control at Academy and Austin Bluffs. "It was crazy, I just got my car Monday," said Julia-
Rose who now has a wrecked car. A half dozen vehicles were hit at the final location and multiple law enforcement cruisers crashed into the suspect car to stop it.

"I saw her gong through the red light, so I started recording it. She hit somebody and she flew sideways into me," Slade Ramos recorded the final crash scene as it happened. He was stopped at the intersection on the opposite and lane from the suspect truck. When it spun out of control, he ended up that last vehicle hit in the chain reaction of crashes.

The action continued as police stormed the suspects. " I saw the cops, like arrest her. It was wild. They had the guns. It was wild," said Ramos.

Investigators say more than ten vehicles were hit. Four sheriff's cruisers were hit in the pursuit, and one deputy suffered minor injuries. A Colorado Springs Police Department cruiser was also hit but was not involved in the chase.

Roads in the area were closed nearly four hours for investigation and clean-up. The scene was cleared just after 6 Thursday evening.