Monsoon season is coming: How could that impact you? 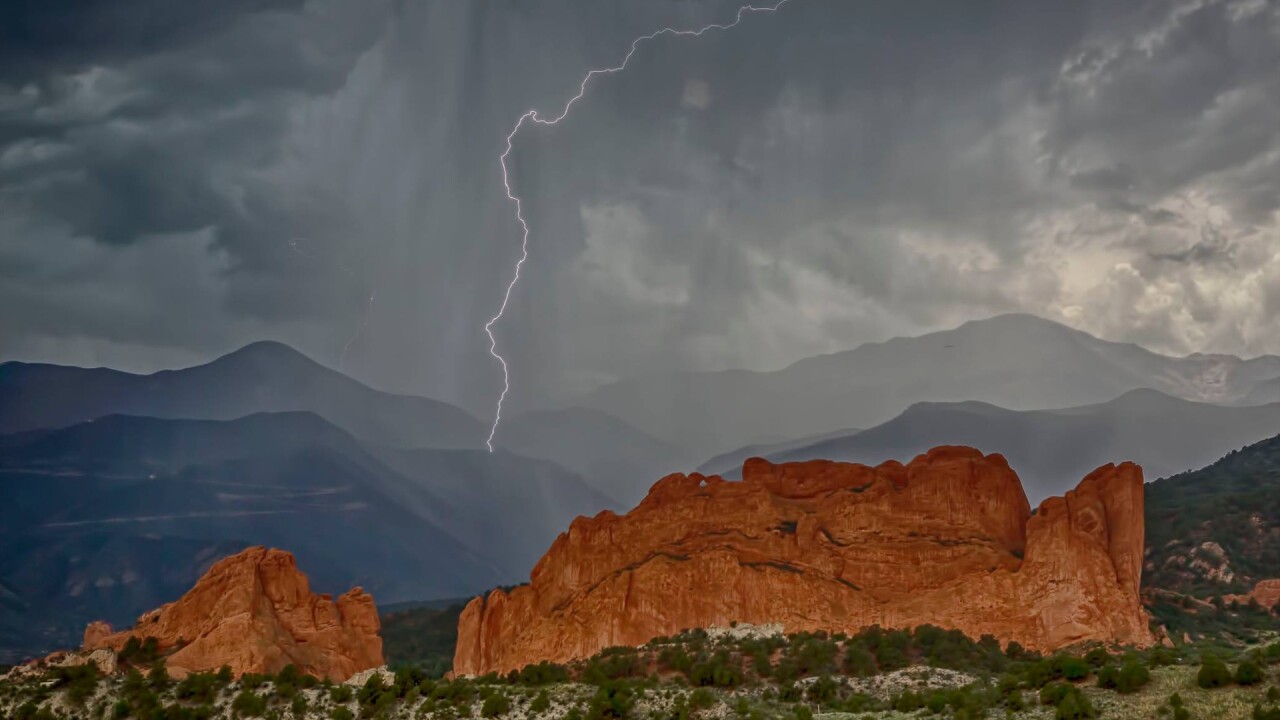 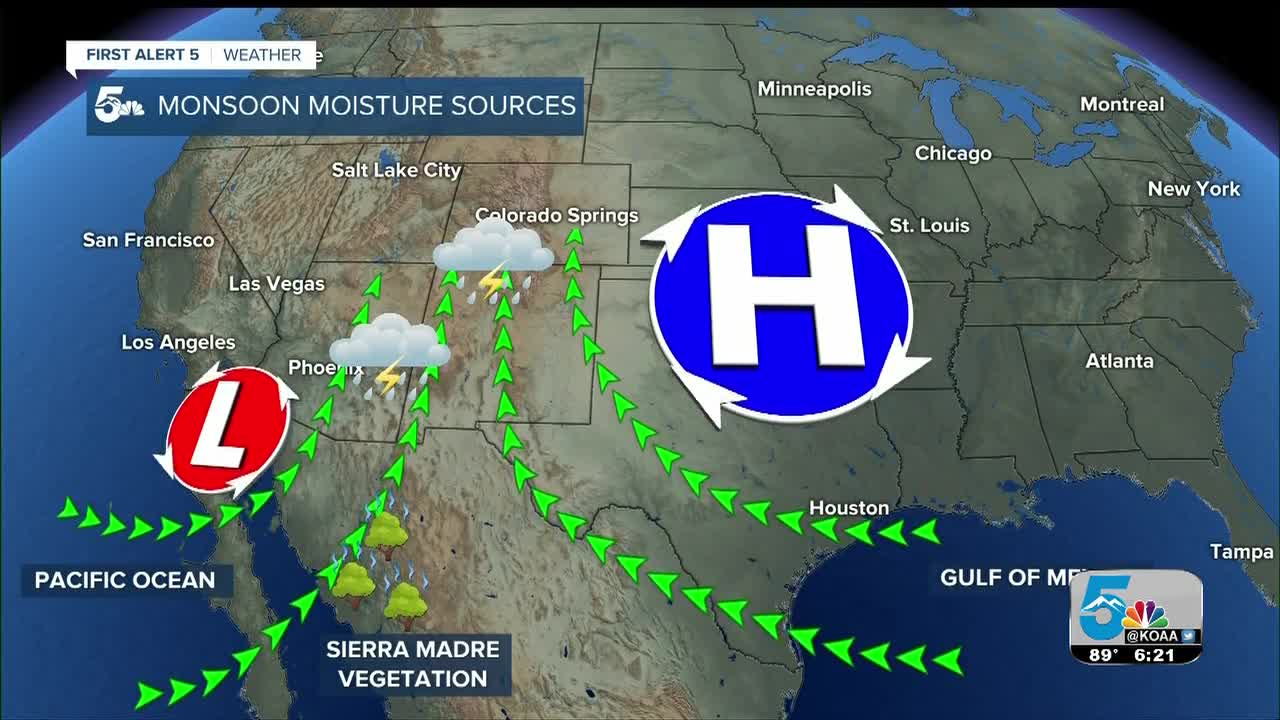 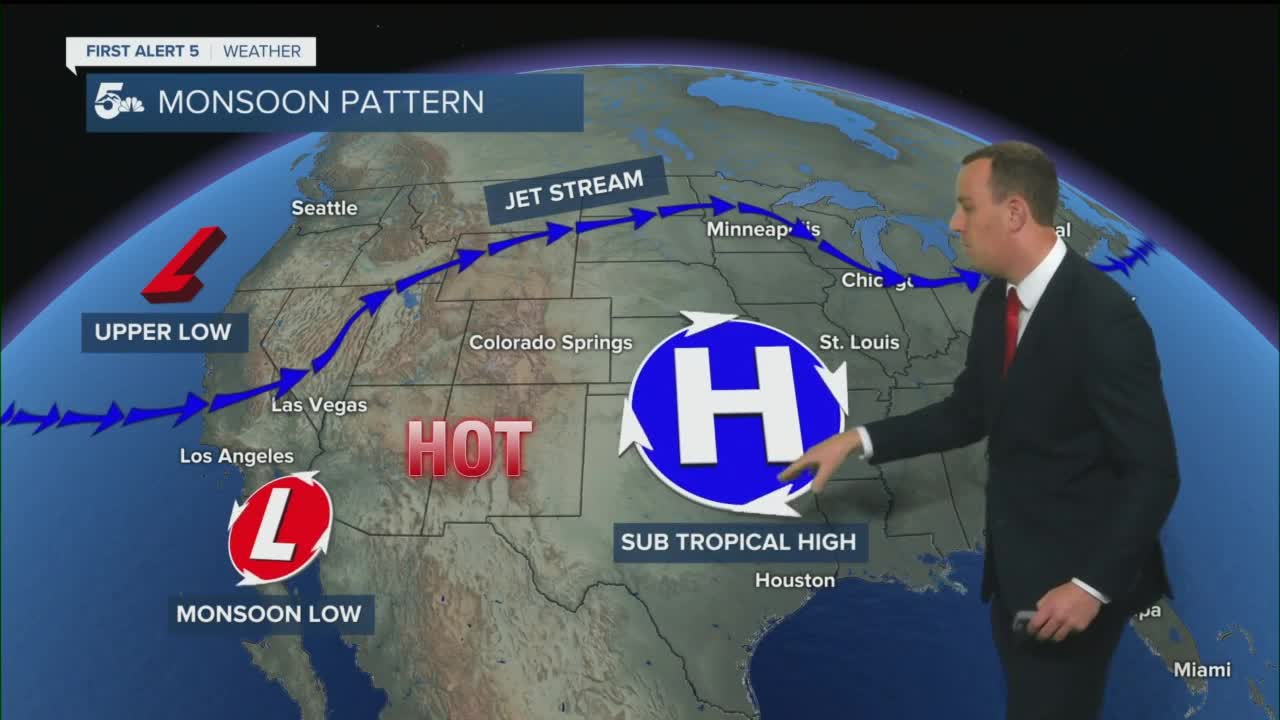 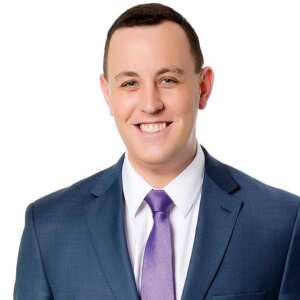 If you're new to Colorado, you might start to hear the term "monsoon" thrown around.

What is a monsoon?

When people think of a monsoon, they usually mistake it with a typhoon or some other variation of a huge rainstorm.

In reality, a monsoon is simply a seasonal wind pattern that sweeps moisture into the desert southwest. The North American Monsoon is seasonal because it only happens during the summer months.

During July and August, the hottest months of the year, a strong high-pressure system can set up above and east of the four corners region.

At the same time, intense daytime heating in the desert southwest can produce a low-pressure system often referred to as a monsoon low.

Moist air from the Pacific Ocean, Gulf of Mexico, and even evaporating plants in the Sierra Madres will rotate north between these two pressure systems.

It's this constant north moving air mass that leads to the North American Monsoon.

Monsoons are famous for bringing heavy rain and scattered, unpredictable thunderstorms to the southern Rockies and desert southwest.

How does it affect southern Colorado?

While not as directly affected as Arizona, southern Colorado will usually see at least some effect of a monsoon every year.

Typically during a monsoon pattern in Colorado, we see near-daily thunderstorms develop over the mountains and push east into the plains through the afternoon.

Storms will often start over the mountains between 12 and 2 p.m., drift east into the larger towns on I-25 between 1 and 4 p.m., and move east through the plains in the early evening.

Since monsoon season develops over the summer months, most cities along the Front Range tend to see their wettest months in July and August.

Monsoon fueled thunderstorms tend to be frequent, numerous, and often come with heavy rain. This is critical to fighting fire danger by keeping our grassy and forest fuels saturated.

Does a monsoon bring more hail?

While monsoon fueled thunderstorms can easily produce hail, Colorado tends to see the most severe hail reports a month before monsoon season.

This graph shows the number of severe hail reports (1 inch or greater in size) for all areas east of the Front Range from 1997.

On top of heat and moisture, June tends to see a more active jet stream which results in a severe weather ingredient called wind shear.

July tends to come in as the second most active month for severe hail, with one of the major factors being an increased number of monsoon-driven thunderstorms. The more storms, the better the chance one or two can drop large hail.

Monsoon patterns typically come with a lack of wind shear, which makes it difficult for thunderstorms to stay strong to severe.

Because of this, while hail is certainly a worry for storms in monsoon season, flash flooding is often a much more common severe threat.

Do I need to prepare for monsoon season?

Unless you live in a flood-prone area, the only people who need to prepare for monsoon season are avid campers and hikers.

Monsoon fueled thunderstorms tend to form over the mountains between 12 and 2 p.m. These storms grow quickly and can bring heavy rain, strong winds, and lots of lightning.

Be sure to check the forecast and try to get any big hikes started early, that way you can be off the mountain or at least below treeline in the early afternoon before storms develop.

On days with elevated severe storm risks, try and find covered parking at work or in a parking garage to keep your car safe from hail.

The First Alert 5 Weather Team will always publish a weather story outlining any severe threats on our weather page at https://www.koaa.com/weather, and you can always see the latest forecast update before you head to work on News5 Today from 4:30 a.m. to 7 a.m.