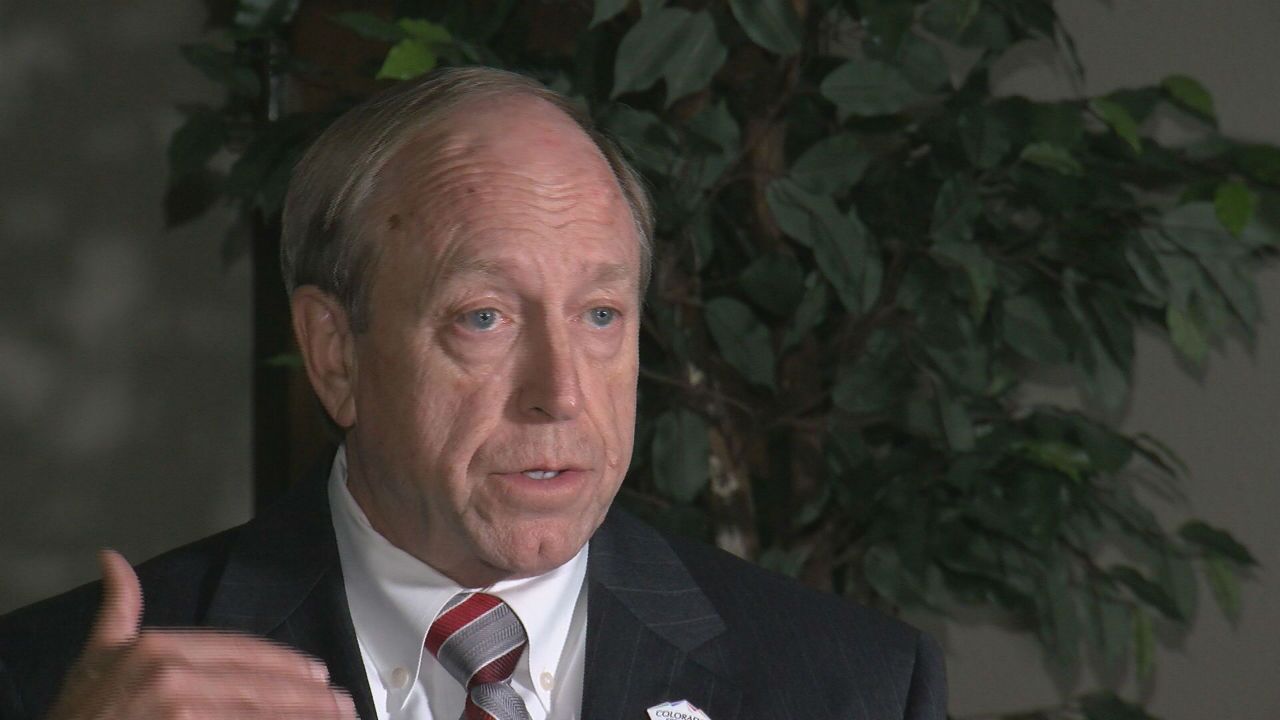 News 5 Investigates obtained surveillance video from the scene showing what unfolded a few seconds prior to the suspect collapsing in the middle of the street.

However, the video does not show what transpired in the minutes leading up to the shooting. There are still a lot of "unknowns".

"The fact of the matter is little snippets (clips) don't give the whole picture," Mayor Suthers said. "I would ask the public to please wait and hear the whole story because I think you'll get a pretty good picture of everything that happened in this case."

A spokesperson for the DA's Office says they have not received the investigation from the Sheriff's Office, which is the lead agency handling the case per state law requirements.

While Suthers understands the importance of transparency, he reiterated that he doesn't have any ability to release the video. However, he wants the public to know that a thorough investigation is being conducted.

"The DA and the Sheriff are going to make the decision when it's released," Suthers said. "What they are concerned about is as a result of seeing that video, someone may give a different version of events than they otherwise would have given had they not seen it."

How soon will the investigation be finished?

There is no exact date. Officer-involved shootings are evaluated on a case-by-case basis. There are multiple components of an investigation. Once all evidence is collected, the case will be sent over the Dan May's Office for review. His office will determine whether any charges are warranted or whether the case should be handed over to a grand jury. A charging decision in the matter will be made public.

Can the body-camera video be released today?

The Colorado Criminal Justice Records Act gives law enforcement agencies wide discretion on what information and data they release to the public. Keep in mind, there are several balancing factors that are weighed before a decision is made. One of the biggest factors taken into account is whether the release of video or documents would hinder an active, ongoing investigation. The integrity of an investigation is important, and investigators nor News 5 want to compromise the case.

KOAA 5 is committed to bringing our viewers the latest information as it becomes available. When new information comes into our newsroom, we will fact-check the information and then bring it to you on all social media platforms.