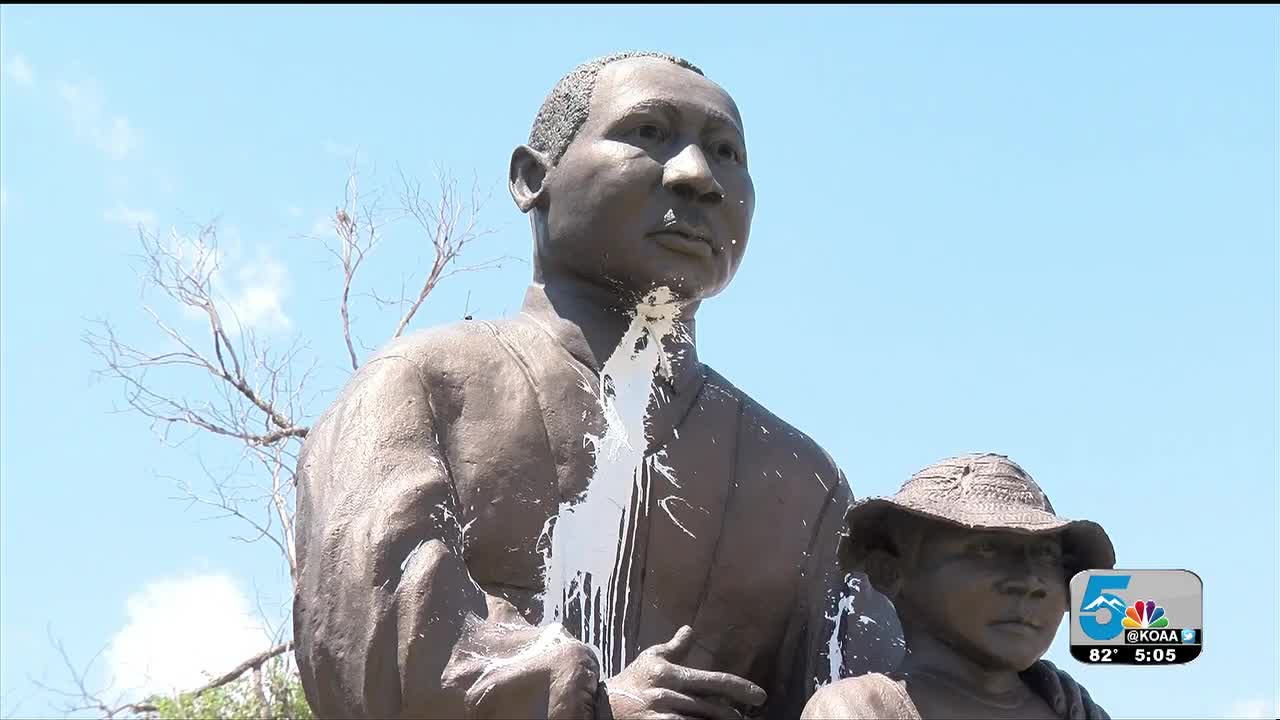 Groups in Pueblo want to know who defaced a statue that shows Martin Luther King Jr. and Emmett Till outside the Friendly Harbor building near Grand and 27th. 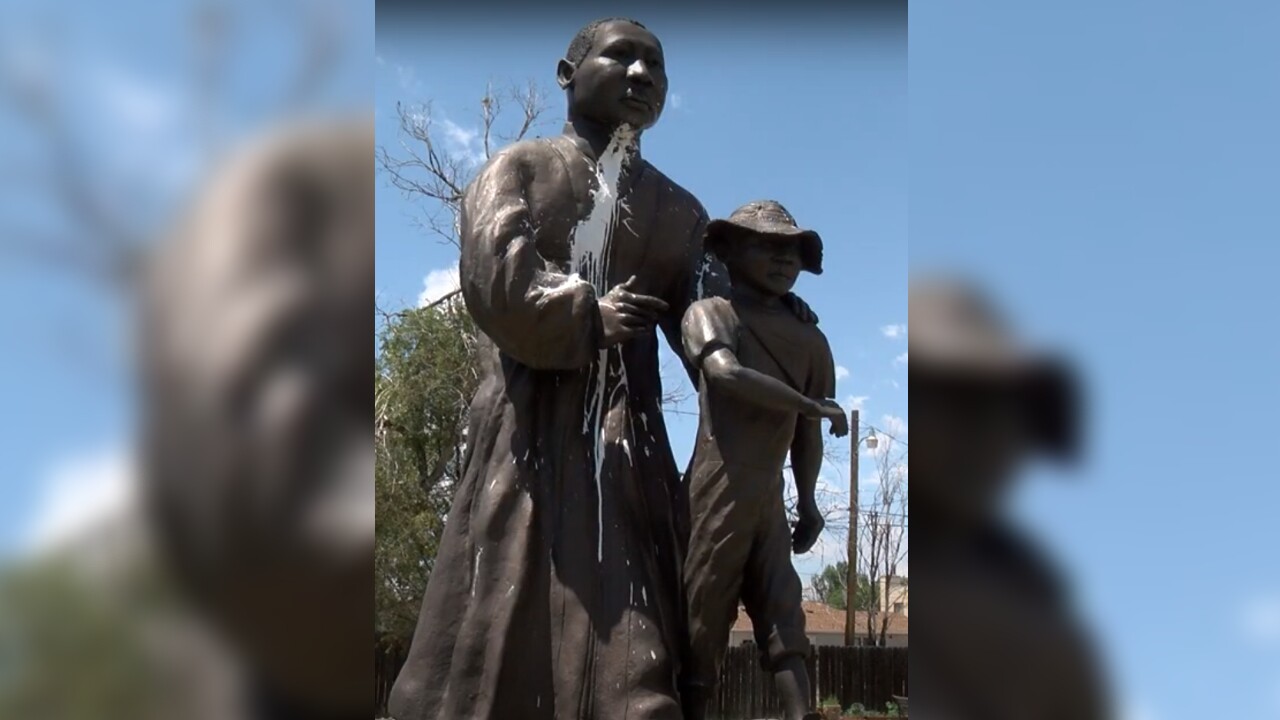 PUEBLO — Groups in Pueblo want to know who defaced a statue that shows Martin Luther King Jr. and Emmett Till outside the Friendly Harbor building near Grand and 27th.

White paint was splashed on the statue and the arches and walkway near the statue had KKK painted on them.

The president of the Martin Luther King Junior Holiday Commission and Friendly Harbor said it happened sometime between 6 p.m. Wednesday and 4 a.m. Thursday.

"I am very disappointed to think that someone in Pueblo Colorado would find it interesting or funny to splash paint on Doctor Martin Luther King's statue," said Ray Brown.

The groups filed a report with Pueblo Police, who said they are investigating it as a bias-motivated crime, which could lead to further charges.

In a statement sent to News5, Pueblo's NAACP branch said they are "disgusted, upset, and angry" about the vandalism, and said whoever is responsible "does not represent Pueblo." They also said the vandalism shows there is still much work to do.

We as the NAACP Pueblo Branch is disgusted, upset and angry about the defacing, vandalizing of the sacred statue of Dr. Martin Luther King, Jr., and the Emmett Till on this day, the day of putting to rest Congressman John R. Lewis. Both he and Dr. King stood for non-violence, tolerance, and love.

But, in this time, when the common good for all is being emphasized, some people will show their ignorance, their hatred and their ugliness.

Pueblo is better than this, and whoever did this horrible act does not represent Pueblo. But it lets us know, we have much work still to do.

As a Civil Rights organization, we will continue through nonviolent resistance to obtain equity and equality for All people.

We will not, cannot, allow the ugly head of racism to win. This action of disrespect should motivate everyone in Pueblo to stand for what is right and decent. Be angry enough to speak against this type of behavior and challenge each other to be better and do better than this.