Man jumps to his death from Royal Gorge Bridge 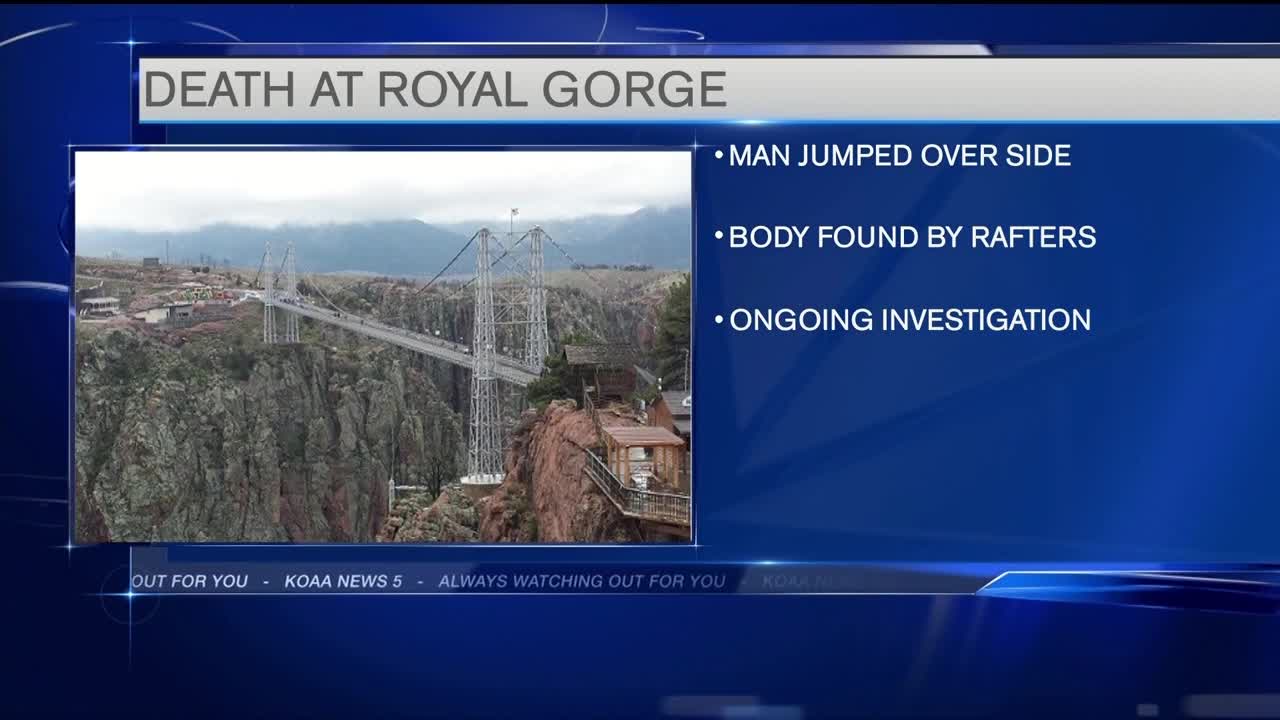 FREMONT COUNTY — The Fremont County Sheriff's Office announced Wednesday that a man jumped to his death from the Royal Gorge Bridge.

According to the Sheriff's Office, deputies were dispatched around 2:45 p.m. on a report of a man jumping from the bridge.

The Sheriff's Office said a short time later rafter on the Arkansas River reported that they observed what they believed to be human remains.

The Fremont Sheriff said the investigation into the incident is ongoing and further details will be released later.