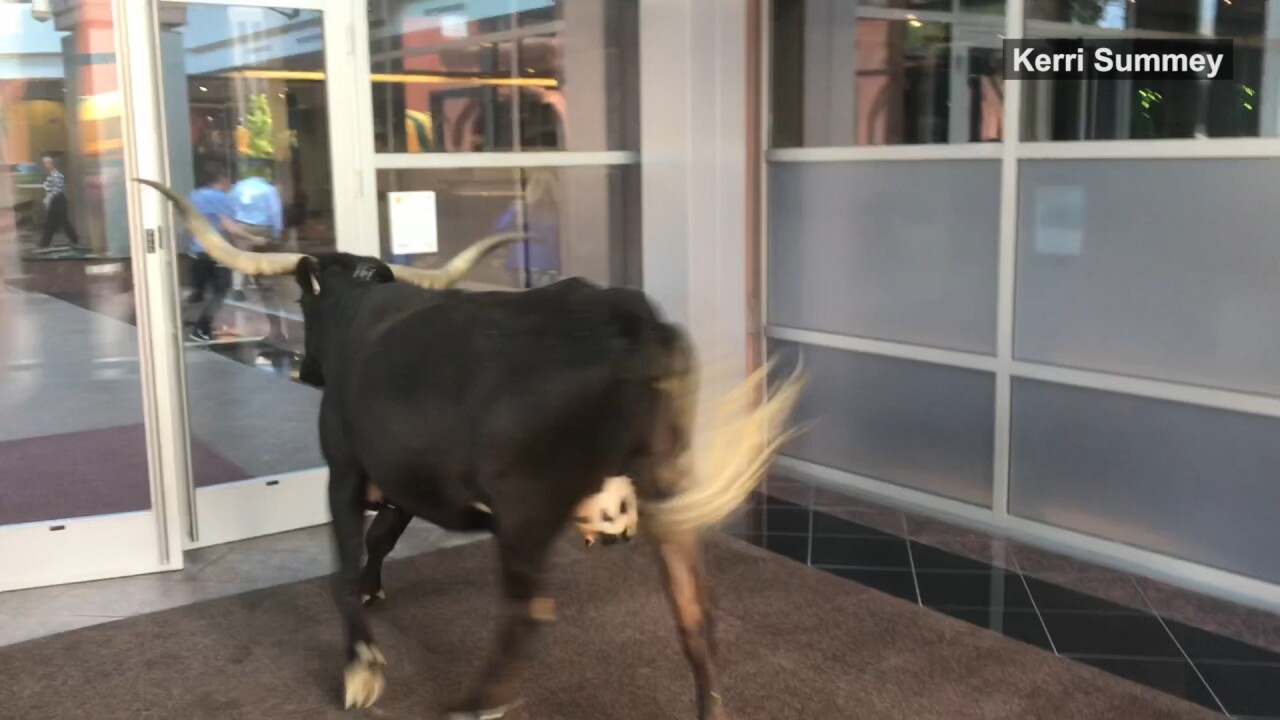 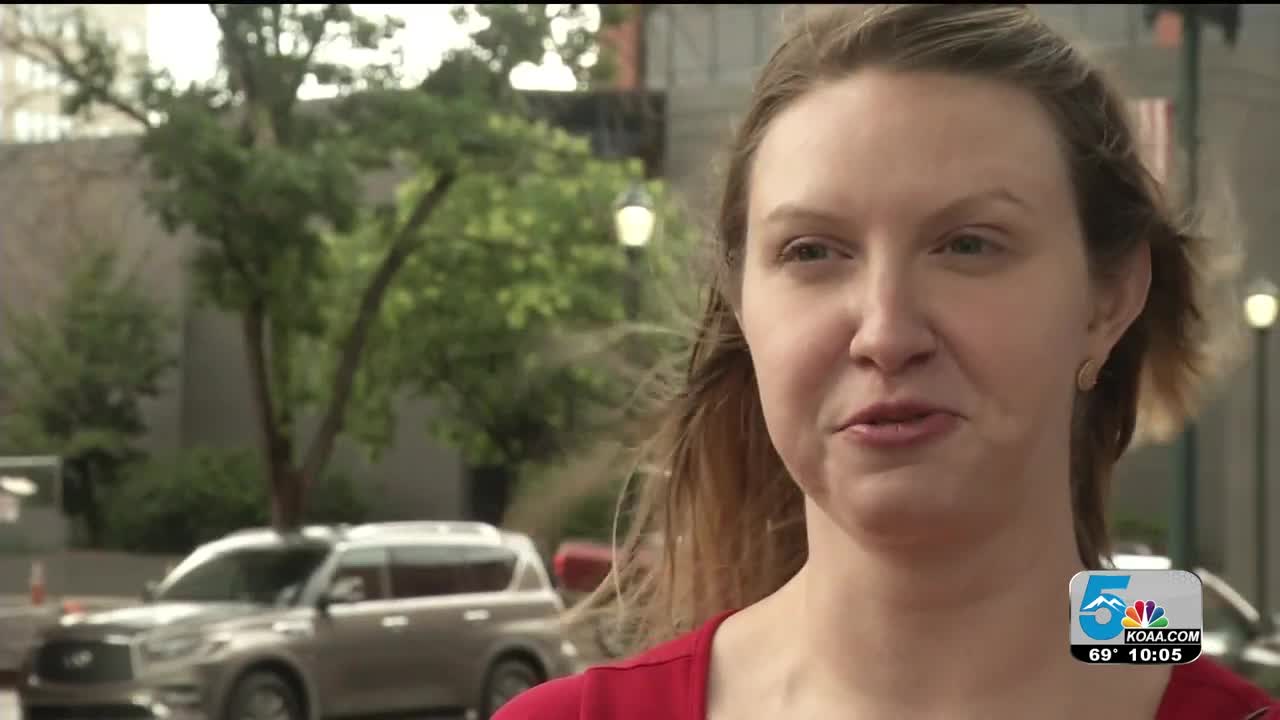 COLORADO SPRINGS — Kerri Summey watched from her office window inside the Plaza of the Rockies last year.

This time, she wanted an up-close look at the longhorn cattle drive, which kicks off the Ride for the Brand Ranch Rodeo in downtown Colorado Springs.

She was one of dozens around the plaza to witness one of those longhorns going rogue. It ran off the path on Tejon Street, knocking over a stroller and entered through the doors to Great Western Bank at the plaza.

Summey captured all of the incident on video.

"So, I just ran inside the building to try and be safe. And then, some other people were running in, so the bull came in right behind them," Summey said. "As I was trying to run out, luckily a cowboy came in and wrangled it."

That cowboy was Stephen Heitmann, the head horse trainer at Freeman Ranch, who's roped cattle since he "learned to walk".

"Moving cattle is a lot like moving water. When you hold water up in one spot, water tends to try to find the easiest way out," Heitmann said. "We ran in there, got a loop put on her and you know, just handled it like any other day."

"These are cows. I mean, they're ranch cows. This is a nice cow. She's not wild or crazy, but in town, she panics. And just like the people screaming, when they saw a cow, she was out of element. That's the same thing she was doing. She was just screaming and nervous," Freeman said.

Sometimes, Freeman said his cattle even have that panic on the ranch, where they have ample room to roam.

Given all of Friday's obstacles, between a busy crowd and downtown cityscape, Freeman said he's happy it ended as peacefully as possible.

"To have that much activity involved in the public and not break any glass and not get anbody hurt... God watched out for us and nobody got hurt today, so that was very good," Freeman said.

The Ride for the Brand Ranch Rodeo runs all weekend at the Norris Penrose Events Center. The rodeo raises money for a cowboy crisis fund, which provides funds for cowboys injured during rodeo events.