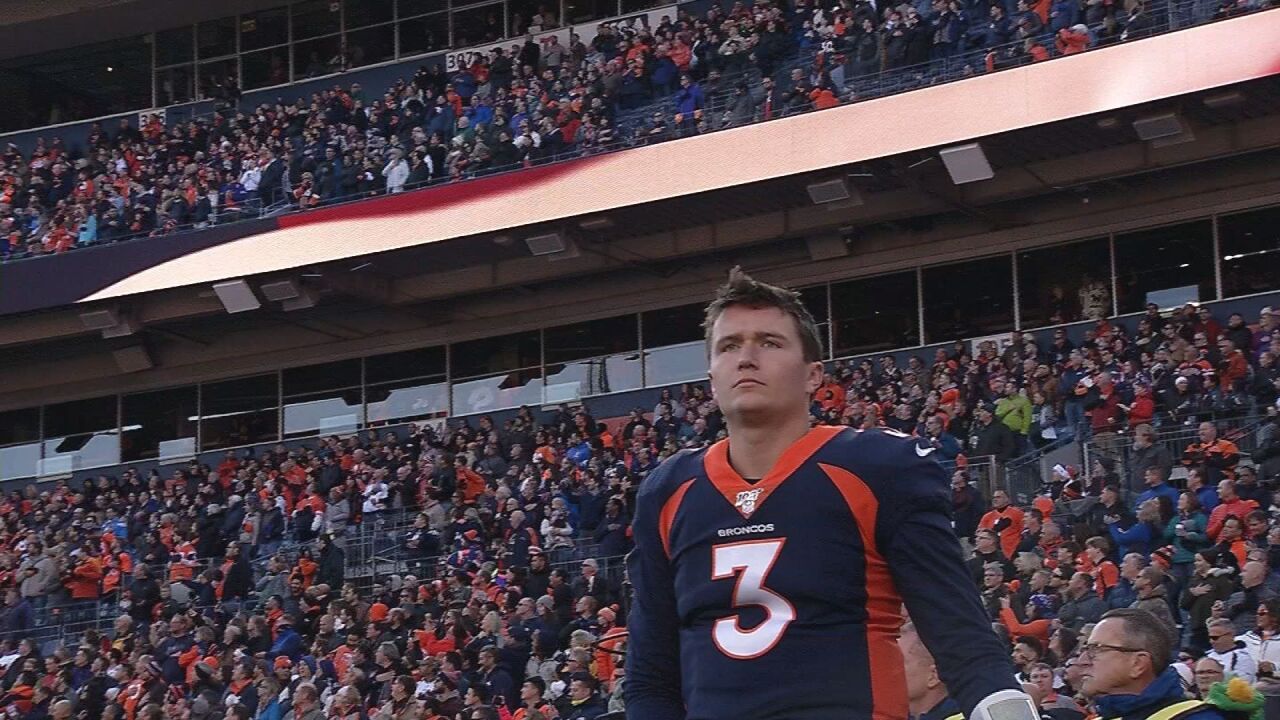 Copyright 2019 Scripps Media, Inc. All rights reserved. This material may not be published, broadcast, rewritten, or redistributed.
Broncos rookie quarterback Drew Lock threw for 134 yards and two touchdowns in 23-20 win against Chargers.

DENVER — The Drew Lock era is off to a solid start in Denver after the rookie quarterback led the Broncos to a 23-20 win against the Chargers Sunday at Empower Field at Mile High.

"I think there's promise there I really do," Broncos head coach Vic Fangio said. "I'm just not ready to put him in Canton yet and I think it was a great start for him."

Last year's second round pick (42nd overall) held his own against a tough Los Angeles defense, throwing for 134 yards, two touchdowns and an interception in his regular season debut.

"It's insane, I'm going to try and go back tonight and relive it but you kind of black out a little when it's all happening," Lock said. "It was really really fun."

"It's really good to go out there and see him play with that confidence and that swag," Broncos wide receiver Courtland Sutton said. "I'm excited to see what he does the rest of the season and moving forward the rest of his career."

Without question, it has been a whirlwind rookie season for the former Missouri standout, who came off the IR this week, found out he was starting Thursday and then went out and beat a tough AFC West opponent in front of the hometown fans.

"He's going to continue to build off of that," Broncos running back Phillip Lindsay said. "For him it's about going back to work now, not letting one win get in your head and let you think you're the greatest of all-time. Go back to the work and come up with another win."

Lock is the seventh quarterback to start for the Broncos in the post Peyton Manning days. Only time will tell how long his tenure will go but at the very least we know is No. 3 is starting in Houston next week.

"I'm telling you now he's starting next week you don't have to wait to Saturday," Fangio said.

"That's the No. 1 goal, hopefully he doesn't have to talk about the starting quarterback for a long time here and I think it's going to be an awesome transition," Lock said.