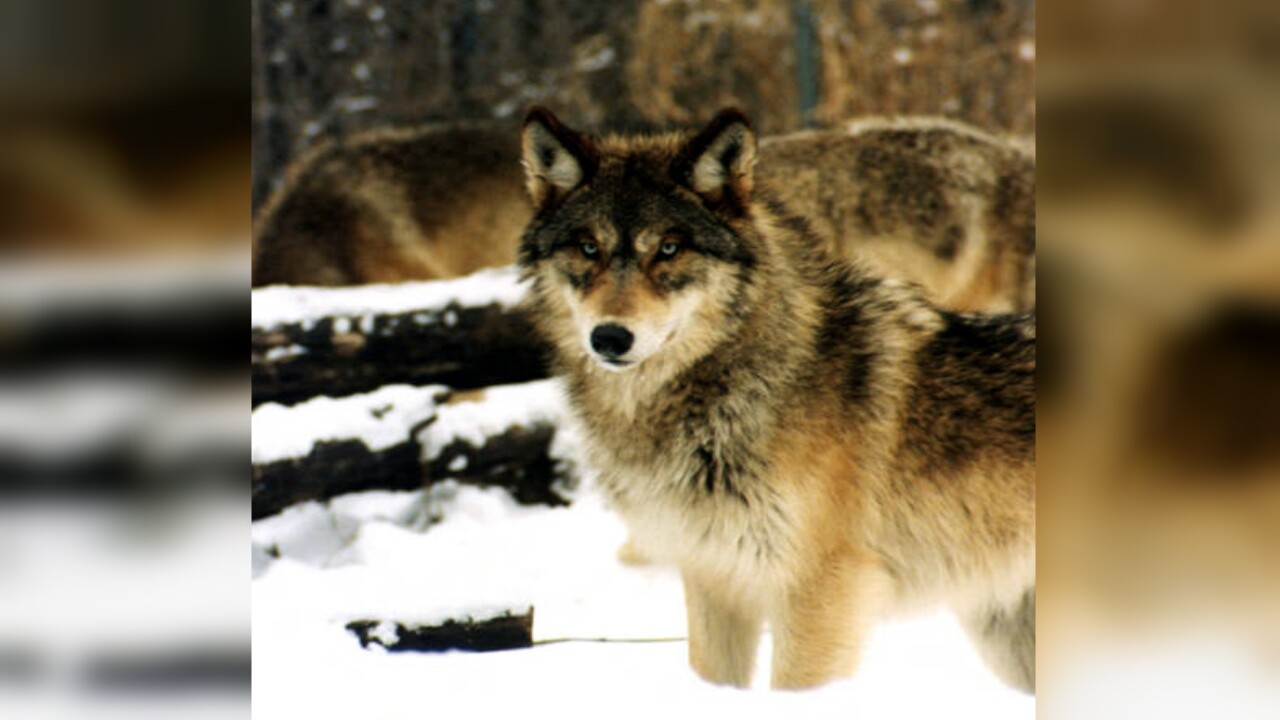 MOFFAT COUNTY — Colorado Parks and Wildlife officials say there was an eyewitness report of six large canids traveling together in the far northwest corner of the state last October.

With last week's discovery of a thoroughly scavenged elk carcass near Irish Canyon, which is a few miles from the location of the sighting, strongly suggests a pack of gray wolves may now be residing in Colorado, according to Parks and Wildlife.

According to the eyewitness, he and the people he was hunting with saw the wolves near the Wyoming and Utah borders.

"The sighting marks the first time in recent history CPW has received a report of multiple wolves traveling together," said CPW Northwest Regional Manager JT Romatzke. "In addition, in the days prior, the eyewitness says he heard distinct howls coming from different animals. In my opinion, this is a very credible report."

Last week’s discovery of a thoroughly scavenged bull elk carcass close to the sighting strongly suggests a pack of gray wolves may now be residing in Colorado.https://t.co/UEf2diEdd1

After learning about the scavenged elk carcass, CPW started an investigation. At the site, the officers saw several large canid tracks from multiple animals surrounding the carcass. According to CPW, those tracks are consistent with those made by wolves. Also, the condition of the carcass is consistent with known wolf predation.

"The latest sightings add to other credible reports of wolf activity in Colorado over the past several years," said Romatzke. "In addition to tracks, howls, photos and videos, the presence of one wolf was confirmed by DNA testing a few years ago, and in a recent case, we have photos and continue to track a wolf with a collar from Wyoming’s Snake River pack.

"It is inevitable, based on known wolf behavior, that they would travel here from states where their populations are well-established," Romatzke said. "We have no doubt that they are here, and the most recent sighting of what appears to be wolves traveling together in what can be best described as a pack is further evidence of the presence of wolves in Colorado."

If you see or hear wolves or find evidence of any wolf activity, contact Colorado Parks and Wildlife.